Lightning Network Quadruples in Size Despite Less Need for it

Alex Dovbnya
Lightning Network was seen as a viable option for Bitcoin when the cryptocurrency was over capacity and slow; now, there is less need, but big growth 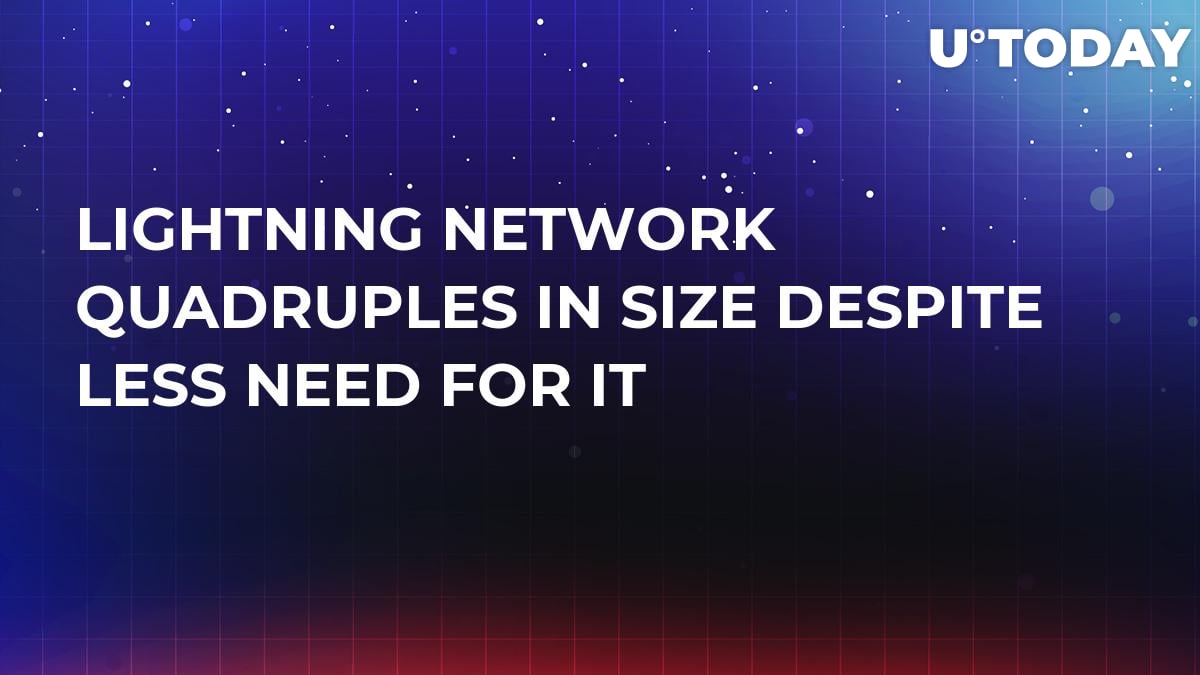 The Lightning Network has always been closely watched as a potential scaling solution for Bitcoin, and at the stage where Bitcoin needed it the most, there was a lot of interest in this off-chain solution.

Lightning is its own solution, and has been implemented on many different blockchains, but it is still largely seen as a great option for Bitcoin with its ability to take transactions off the chain and thus make them far cheaper and quicker.

The issue is, the need for Bitcoin scaling has come way down as has the price of the cryptocurrency. Yet, the growth of the network supporting the Lightning solution has grown exponentially this year, and has made massive gains in this last month alone.

It is interesting to see how alternative blockchain and cryptocurrency projects are moving along with little concern over the financial market of the cryptocurrency side of things. This is a real indication that the cryptocurrency and blockchain space is not solely dictated by the price of Bitcoin, and that there is a lot of forethought going on for the future.

Last month alone saw the Lightning network top 4,000 nodes and then explode in capacity to over $2 million value of Bitcoin. Though the value of Bitcoin has since fallen, in terms of BTC the capacity has nevertheless continued to rise.

There has also been a big increase in the number of open channels, breaking 16,500, while nodes have increased to 4300+.

The growth of not only the project that is Lightning network, but also its actual network is impressive. The Lightning Network really only launched on MainNet back in January and is rising steadily.

It is interesting to note that the growth of the Lightning Network, which is most effective when there is a full and busy Bitcoin blockchain, has still been growing even with the decline in price, and thus a decline in transaction fees and a speeding up of transaction times.

It is indicative of a project that is looking to become solid and sustainable, as well as effective for when the Bitcoin blockchain indeed does become full again and in need of scaling.

Many projects linked to the cryptocurrency financial side of things have felt a real pinch in the growing lack of enthusiasm in the market. ICO projects, for example, have not been faring well in this bear market, and in fact, the entire ICO ecosystem has all but fallen flat after its highs of January.

The inverse correlation of the growth of the Lightning Network to that of the ICO market is hugely positive as it show that ICOs, with their speculative nature, are not ones for the future and does coincide with the downturn in sentiment. But, projects with sustainable and promising futures have continued to grow devoid of the market’s influence.