Alex Dovbnya
Why are Bitcoin transaction volumes going through the roof while transaction fees continue plunging? 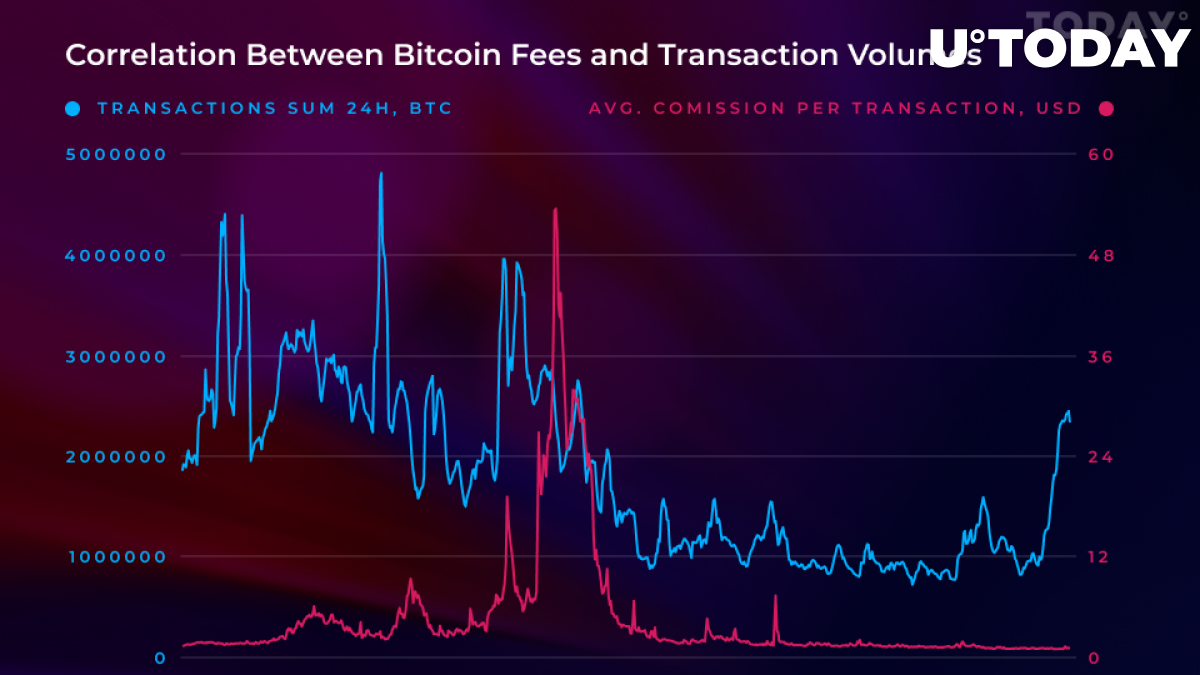 A new DataLight report shows that the average commission paid for executing Bitcoin transactions has fallen to $0.244 as of Feb. 16. In stark contrast to that, the transaction volume has actually substantially increased.

After that, Bitcoin trading fees fell as abruptly as the price of the coin itself. On Feb. 7, it reached a brand-new low of $0.161 (a world of difference compared to $4.588 a year ago).

Meanwhile, the transaction volume has reached its highest peak in two years, almost matching December’s bull run. This is not surprising since major cryptocurrency exchanges saw their volumes spiking in 2018. However, as U.Today reported earlier, their volumes dipped substantially in 2019.

That can be attributed to the rise in the Blockchain efficiency — as blocks are getting fuller, there is no incentive to pay miners higher fees. The low demand for new blocks results in underwhelming mining rewards.