10 Ways That Blockchain Could Change Our Lives

George Shnurenko
Blockchain is being touted as the next disruptive technology after the Internet because of the benefits it offers. 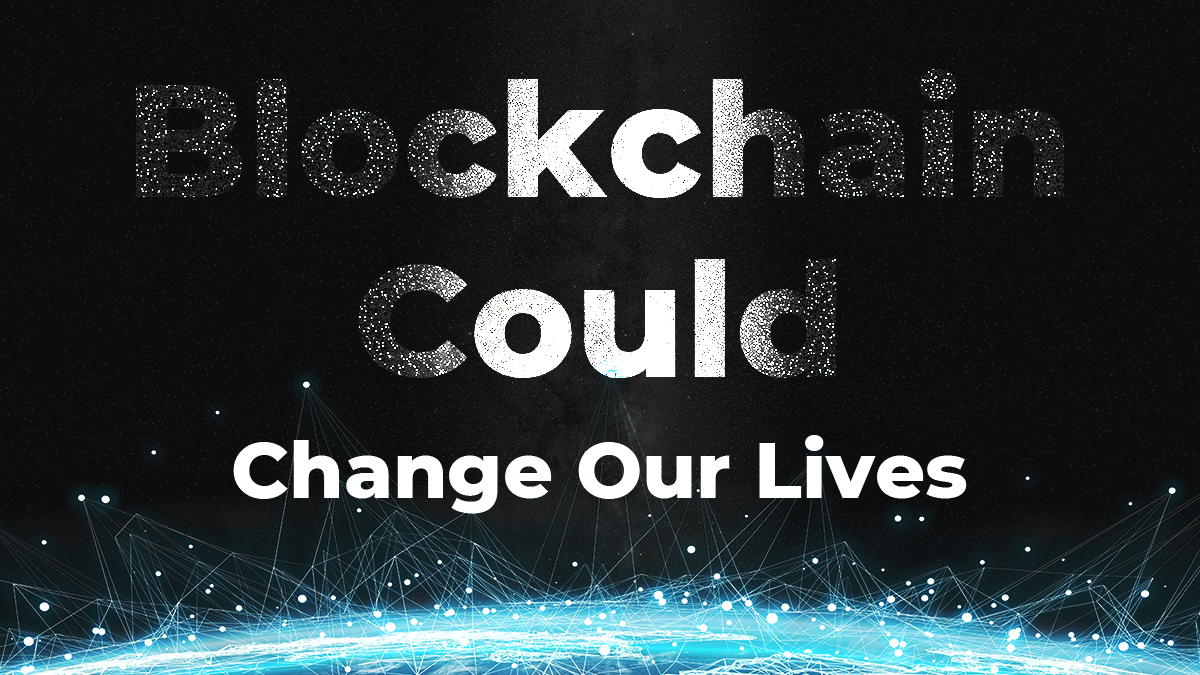 The emergence of a new technology often involves the deposition of an existing concept. Most times, the traditional technique is improved upon by a factor of 10 and this makes the technology appealing to investors and users alike.

Blockchain is one such revolutionary technology with the potential to drastically cause a worldwide paradigm shift. In this article, we will discuss what makes Blockchain truly radical and how Blockchain will change your life.

When the Internet came about, it provided a means of connection for the whole world. The World Wide Web is one of the reasons for the rapid technological advancement we have enjoyed in such a short period of time. Facebook, Google, and other successful tech startups thrived as rapidly as the Internet did.

However, the only problem with the existing infrastructure is centralization. Our data is stored in a centralized hub that, albeit protected with sophisticated tech, is still prone to attack. Blockchain technology seeks to correct this anomaly by three inherent characteristics explained below.

You must have heard about cryptocurrencies by now, especially Bitcoin. The processing time for the transactions on this network is roughly 10 minutes. Ethereum and Ripple are even faster, verifying and authenticating blocks of transaction in 30 seconds and five seconds respectively.

For transactions involving a huge amount of money, trust and security are two prominent issues that should be addressed. Blockchain particularly solves the underlying problem by using a double-layer of authentication and verification for every transaction.

In the past, several financial institutions were probed by the government for fraudulent activities which thrived based on the mode of operation. With Blockchain technology which has been utilized extensively in cryptocurrencies, transactions can be executed very easily without necessarily revealing your personal information.

Now, it’s time to explore the different ways in which Blockchain will change the world according to research by renowned organizations.

Regular users of Western Union or other payment solutions for sending funds across the sea will attest to the pains and rigors of this simple task. Blockchain will change your life by authenticating and allowing high volume transactions to go through in a very impressive and reassuring manner.

The advent of cryptocurrency has also promised to revolutionize the traditional banking system. Financial institutions are already employing decentralized technology for some of their operations with Ripple and Ethereum leading the pack. Without a doubt, the tech will be widely adopted in more countries and cryptocurrency will become a generally accepted medium of trade.

It is very likely that you know a colleague or friend who fell victim to Internet fraudsters. Perhaps, you were a victim of their grand scheme. Do not fret, Blockchain technology will put an end to this. It minimizes the need for human interference or compromise using smart contracts and advanced cryptography concepts.

This means human error is reduced. Unauthorized changes or hacks are then limited. More so, unlike centralized servers that can easily be compromised or corrupted, the Blockchain network is immune to any form of data attack.

According to statistics, we are steadily becoming an entrepreneurial economy, with the rate of birth of startups increasing by the day. Unfortunately, many businesses die even before their first year because of a lack of funds. Blockchain will change the world with the solutions in place which support seamless crowdfunding.

When we say Blockchain will change the world, we mean it will literally change it. Imagine a situation where you no longer need to carry your medical record around. Did you know that one of the leading causes of hospital deaths is due to the wrong diagnosis as a result of misplaced or false information?

Now you know. Using Blockchain technology, a secure, centralized system that contains medical records, history and facts about every patient can be created. The improved layer of security will ensure that only authorized doctors have access to this privileged information.

Businesses are often faced with the challenge of tracking the elements in the supply chain. Their major problem is in seeking ways to optimize the process of distribution. With Blockchain technology, businesses can monitor every move, identify inefficient methods and proffer better solutions.

In fact, IBM- one of the leading technology companies recently announced its collaboration with Nestle and Walmart to improve its supply chain using Blockchain.

In the music industry today, piracy is the biggest plague. Many times, artists complain about losses being incurred as a result of inadequate protection rights and the distribution of earnings.

Now, entertainers can rest easy knowing that they will be adequately compensated for their troubles.

So far, we have thousands of cryptocurrencies in circulation. Slowly, cryptocurrencies are becoming the preferred means of payment and this is evident as several online stores are now accepting payments in Bitcoin, Ethereum and other altcoins.

Without a doubt, the market for cryptocurrency is in its early stage and it is expected to flourish further. To sustain this growth, we require crypto miners, traders, analysts, developers, programmers, etc. This will, in turn, create more opportunities and job demands in the future.

The scandal which accompanied the 2016 US presidential elections has ensconced fear and doubts in the heart of several citizens now and people are skeptical about voting. Blockchain technology is the Messiah with the capacity to turn the minds of people, making them see reasons to adopt an efficient system.

Unlike the digital voting system which is vulnerable to tampering, Blockchain will utilize a verifiable system that can be audited even after the process. This will also allow a system whereby the votes can be confirmed and time-stamped to be legitimate.

In over a decade, we have leaped from GPRS to 5G in communication. As impressive as this is, Blockchain, upon successful entrance into the communication infrastructure, aims to shadow the advancement recorded so far.

The impact of automated digital communication based on existing algorithms is enjoyed in some industries already. One of the early proponents of Bitcoin mining, Matt Peterson, has declared that Blockchain technology can change the world of communication by allowing authorized bi-directional communications.

The energy market is not left out of the party. With renewable energy enjoying widespread adoption with significant government backing.

The imminent challenge will be to create an effective system for managing the energy generated via renewable sources. A decentralized system will be the preferred solution for such a problem.

Experts, pundits and critics have all lauded the ingenuity of Blockchain technology, especially the ability to impact several industries. Cryptocurrencies, especially Bitcoin and Ethereum signaled the paradigm shift in the financial industry and a host of several other markets.

The question is no longer whether Blockchain will change the world, it is only a matter of time.