Giving Each Other a Helping Hand: Traditional Finance and Crypto to Lead Each Other Forward 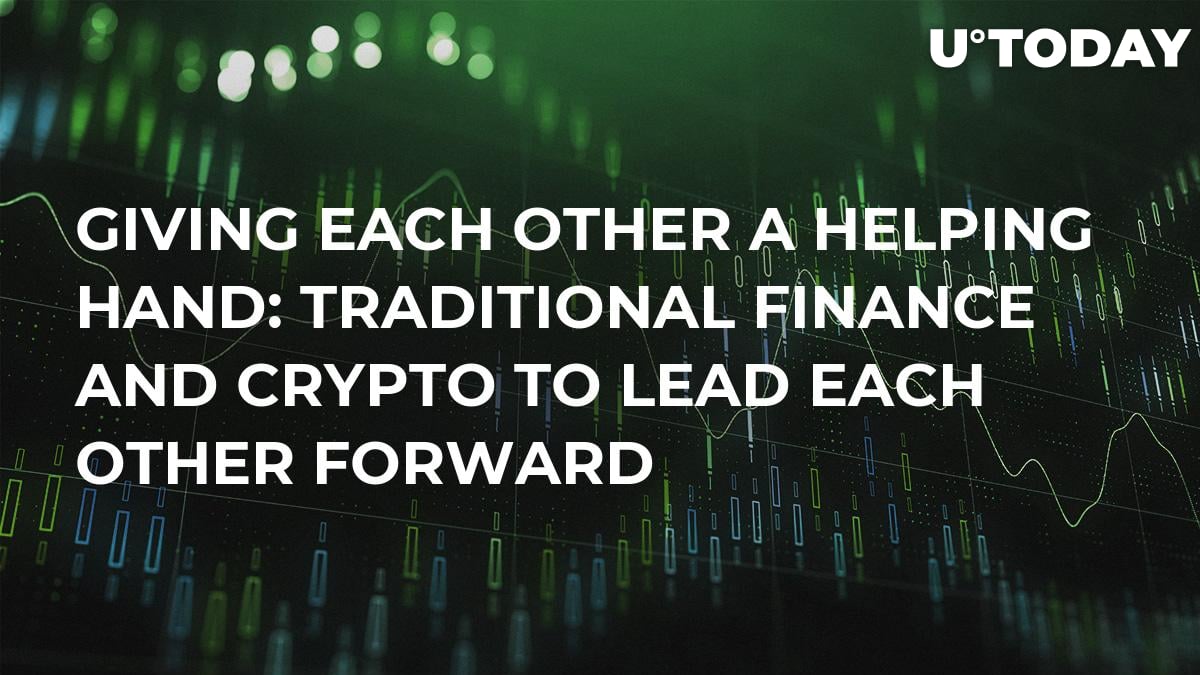 The global economy is at a tipping point right now where banks and traditional financial institutions are starting to look a little outdated and are in danger of becoming obsolete. Part of that has to do with the advent of another potential option- Blockchain and cryptocurrencies.

However, the space at the moment is not fully open and accessible to cryptocurrencies as they struggle with their own tipping point, in terms of adoption. Regulators and the traditional monopolies have a big say in the way in which cryptos grow and are accepted.

Perhaps the answer is not for these two ecosystems to fight against each other, because, they can both benefit from an amalgamation of the new and old, and that could be happening with Coinbase’s latest move.

Looking to the experienced veteran

It has become obvious that the cryptocurrency space is quite reliant on the traditional space, as it remains that the primary use of digital currencies is actual as an investable asset. The last big piece of evidence to support this was when the launch of Bitcoin futures helped the cryptocurrency reach $20,000.

Now, ETFs are all the rage as the cryptocurrency market holds its breath on a decision by the SEC, but it is also being viewed as a barrier to entry for institutionalized investors to enter and trade with Bitcoin.

So, the two sides of the coin, the traditional and the futuristic are sitting on opposites of the fence, but Coinbase is doing something to try and tear that fence down.

Coinbase has hinted that it is looking to launch a Bitcoin ETF, but in doing so, it is seeking help from Wall Street giant BlackRock to aid in the establishment of this vehicle.

Coinbase has been in contact with individuals from BlackRock’s Blockchain-focused division to “tap into the firm’s expertise” of launching exchange-traded investment products. It is a smart move, as there have already been a number of Bitcoin ETFs that have not passed the SEC’s test that were crypto companies heading out on their own.

Helping each other out

It may only be talks at the moment from Coinbase and Blackrock, but the fact of the matter is that both these sectors need to come together to make sure that they both exist in the next 10 or 20 years.

Banking and investment is ripe for disruption, and the tool for that disruption has announced itself, but it is very nascent. But, that won't last long, and it will be up to the old sectors to either adapt and be a part of the upcoming revolution or fall away.