Darryn Pollock
Cryptocurrency is supposed to be putting the final nail in bank’s coffins, and yet the market jumps and falls on any announcement from the likes of Goldman 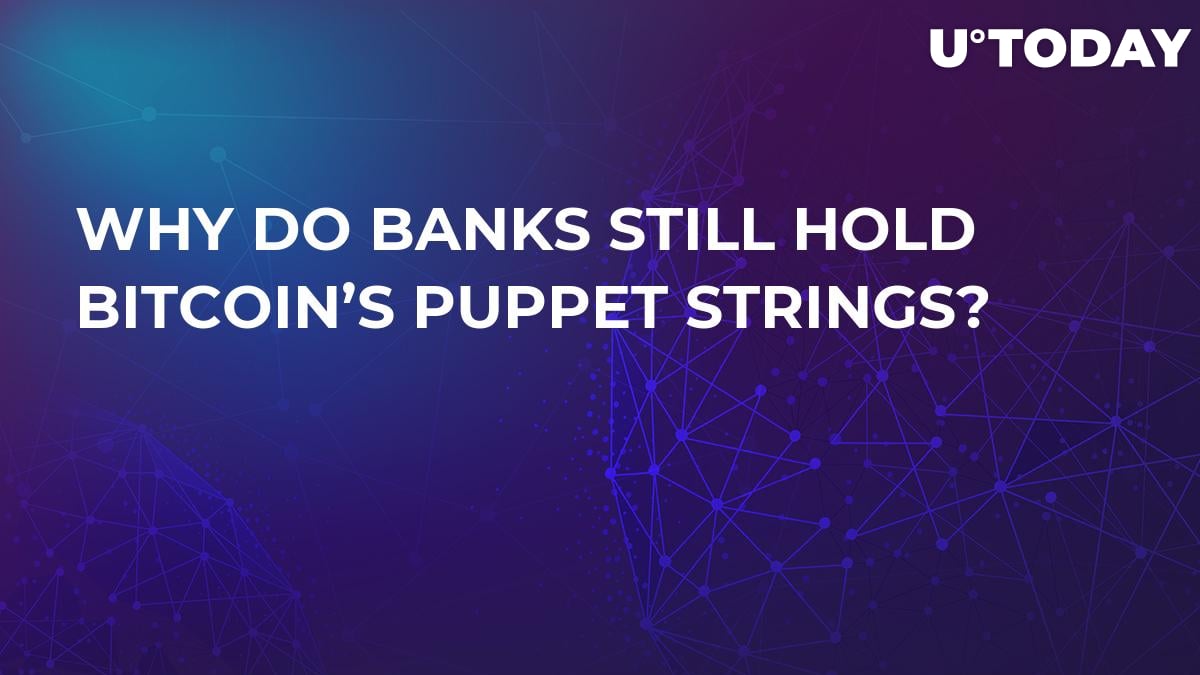 There is little doubting that Bitcoin, and by extension, all cryptocurrencies, are heavily affected by the institutionalized investor and banking model. Cryptocurrencies have encompassed a lot of different facets of society, and one of the major ones is finance and investment.

This means that a big, and powerful, sect of society is sitting on the fence about Bitcoin and its potential- traditional investors. These traditional investors will be the next big wave of adoption, but they are still mostly skeptical as they wait to see how regulators, governments, and legislators deal with this digital currency.

It means that the powerhouses of institutionalized investors, banks and other major financial institutions, are the gateway for this flood of adoption, but it also means that their decisions in dealing with cryptocurrencies affect the investors, and thus effects Bitcoin heavily.

It is as ironic as when Bitcoin was created, its aim was to offer an alternative to the centralized banking model. People were meant to be handed back the power and banks were supposed to fear Bitcoin as the next revolution in finance that would make them obsolete.

Now, what has transpired is the biggest of banks can make one small decision and the entire cryptocurrency market falls or flies.

Yesterday, the cryptocurrency market suddenly took a sharp and unexpected drop as Bitcoin fell almost five percent in less than an hour. It affected the entire market which was previous to this, showing good and steady gains.

At the time, no one really had an answer for the sudden drop, but a few commentators have come out and pinned the drop to a decision from Goldman Sachs. The Wall Street Bank has deceased to backtrack on its decision to launch a trading desk, citing legal concerns.

There is no doubting that banks, especially on the scale of Wall Street giants, have an effect on the price of cryptocurrency as they are building hype about the potential that they will test out the waters of Bitcoin.

There are instances of where Goldman has been linked to cryptocurrency through other companies which they control, such as Circle, but they have yet to take the plunge. It also comes off the back of a period where major banks laughed off Blockchain and Bitcoin.

JP Morgan and their head Jamie Dimon have had a bipolar relationship with Bitcoin since Dimon called it a fraud last year. So, as these banks keep mulling over offering Bitcoin, and thus opening the floodgates to a lot of money for the market, they are building a lot of hype.

This excitement and anticipation has been personified recently with the potential of a Bitcoin ETF in the offing. The idea being that should an ETF be approved by the SEC, the entry into the cryptocurrency market by some big Wall Street players would be massive.

The hype around this has been tangibly felt though as first, in the lead up to a potential positive decision by the SEC, Bitcoin steadily rose above $8,000, and when the decisions were either delayed or denied, the price collapsed to almost a new year-long low.

Still, the ebbing and flowing continue as the institutionalized banks, and financial institutions, take their time in deciding whether to jump headlong into the market or not. This in itself is handing more power of the market to the banks as they keep the rest of the market on tenterhooks.

Naeem Aslam, Chief Market Analyst at ThinkMarkets, believes that this hype is being fueled by the likes of Goldman, although the bank is just doing what it would do in any case.

“I have openly talked about one thing many conferences- there is no doubt that the Bitcoin price is supported by this hype that institutional banks are going to get involved. Of course, Goldman Sachs sits on the top of this ladder, and my concern has been what if Goldman Sachs says that it wants to review its plans of getting involved in the crypto market? Goldman’s initial announcement to get involved in this cryptocurrency market provided a lot of support for investors and the spillover effect also attracted several other major tier-one banks,” Aslam said.

What this reliance on institutionalized banks means for the cryptocurrency market is that it is still heavily seen as an asset first- more than a currency or a technology. This may not be the case forever, but as the nascent technology finds its place in the world, it is exploring the asset-class first.