There’s Still a Lack of Trust in Cryptocurrency Exchanges

Darryn Pollock
Trust, even in the decentralized space of cryptocurrency is still vital, especially when it comes to exchanges 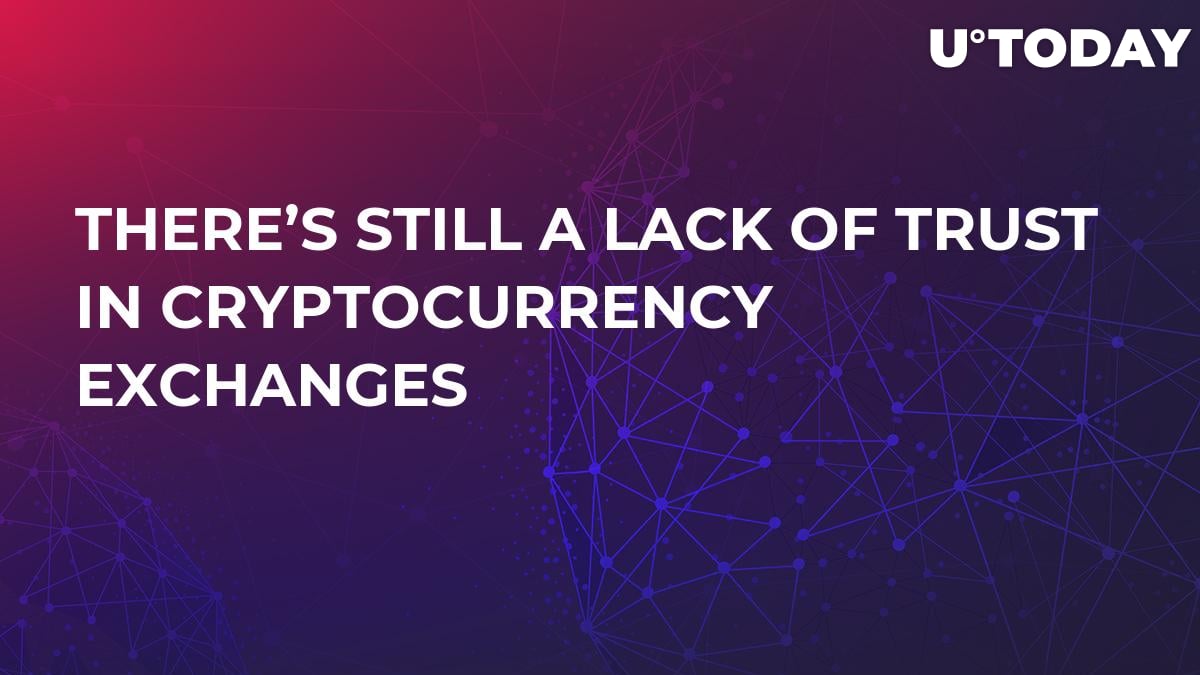 One of the draw cards of cryptocurrencies has always been the trustless nature of them. They are anonymous, transparent, and do not require a third-party to operate, thus making mathematics the only thing that needs to be trusted.

But, the trustless nature is almost a smokescreen for the everyday user of cryptocurrencies as many people operate their day-to-day cryptocurrency wallet through a centralized exchange. In fact, some of the biggest exchanges in the world are centralized.

This means that there is indeed still a need for trust, but that trust has not wholly been earned by the major cryptocurrencies that are still prone to attacks, hacks, scams and other malicious situations which in general paints the space in a negative light.

Thus, the biggest barrier to entry for new adopters of cryptocurrency is the fear they have of an untrusted and unregulated cryptocurrency market as it is based around a network of major centralized exchanges.

The problem that the cryptocurrency space faces is that it is operating as a false-decentralized entity. This is something that Ethereum founder Vitalik Buterin is against, as well as many powerful cryptocurrency people.

This means that the exchange, rather than being a decentralized peer-to-peer trading platform, is actually operating much like a traditional bank.

So, despite the fact that many people have entered the cryptocurrency space to escape the banking hegemony, they will still use these centralized exchanges. But, they will use them knowing that they are not regulated, and thus not very liable if things go wrong.

Many believe that part of the reason that people are being kept away from cryptocurrencies is the fact that there is no real set regulation. Countries are starting to come forward and do their bit, especially in places like Korea and Japan, and this is shoring up the exchanges, but they are still full of holes.

The biggest concern is the fact that major exchanges are still being targeted and successfully hacked. Exchanges like Mt. Gox and Coincheck have provided the two biggest hacks, and they are both based in Japan. Even recently in Korea, Bithumb was hacked and has only just started resuming normal operations.

These hacks are highly publicised, and the fact that a lot of the exchanges are unregulated means there is no compensation for the affected victims. The Mt. Gox scandal still proves that people are hoping for repayments still to this day.

Until a time where these centralized exchanges are held liable as if they were banks, which is what Korea is aiming to do, or they do enough to make the ecosystem safe, there will be massive trust issues with new and emerging cryptocurrency enthusiasts.

The talk of a Bitcoin revolution and a digital currency wave is faltering as the exchanges struggle to keep up with demands made on them to be safe and trustworthy.