Darryn Pollock
While the Winklevoss ETF may have failed, there are a multitude of others from a range of companies that still need to be considered. 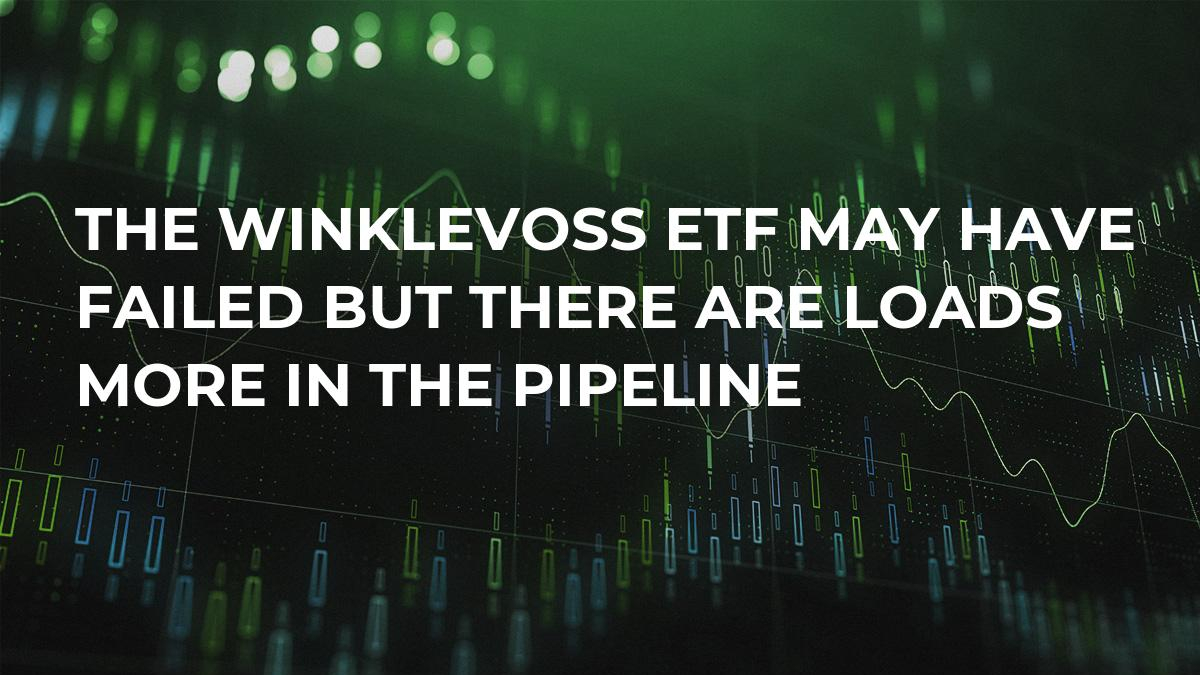 Many have put down the recent rally of Bitcoin’s price down to the fact that the SEC appeared to be lessing its pressure when it comes to issuing a Bitcoin ETF. However, the latest attempt by the Winklevoss twins was recently shut down by the Regulatory body.

However, the Winklevoss twins are not the only ones who have applied to the SEC to launch an ETF, there are a number of different applications from a  range of different companies including the CBOE, the people behind one of the first Bitcoin futures contracts.

More to an ETF

It must also be remembered that there is more to an ETF than one factor. Different types can be proposed by the same company, and those that come from other companies can vary greatly to the ones being considered by the SEC.

The Winklevoss ETF could have failed not because it is a Bitcoin ETF, but because of the way in which it was constructed.

Those two are not the same!

That is why there are such a variety of companies and categories of ETF coming across the SEC’s desk, all hoping to crack the code and be first to market.

First, yes. The timing is important. But also, the VanECk ETF is a much more mature product that includes full insurance, is built specifically for institutional investors( professional clients) and is backed by the CBOE. https://t.co/xm7soPDyMX

One of the more interesting and different types of ETFs that the SEC will have to consider is the joint offering by CBOE and VanEck who have put forward what they are calling SolidX.

The trust will invest directly in physical Bitcoin- not Bitcoin futures- and each share will “represent a fractional undivided beneficial interest in the trust’s net assets.”

“The Trust intends to achieve this objective by investing substantially all of its assets in bitcoin traded primarily in the over-the-counter (“OTC”) markets, though the Trust may also invest in bitcoin traded on domestic and international bitcoin exchanges, depending on liquidity and otherwise at the Trust’s discretion. The Trust is not actively managed. It does not engage in any activities designed to obtain a profit from, or to ameliorate losses caused by, changes in Bitcoin price.”

Investment firm Direxion has also put forward its ETFs, however, they have put forward five applications in total; these were filed in January.

Because of the mass of these ETFs the SEC has been forced to push out its deadline to make a decision stating:

Even the New York Stock Exchange filed for an ETF in January with their hook being that investors could "obtain daily short, leveraged long or leveraged short exposure to the lead month bitcoin futures contract" traded on the Chicago Mercantile Exchange (CME) or the Cboe Global Markets (CBOE), or any U.S. exchange “that subsequently trades Bitcoin futures contracts.”

The fact that the Winklevoss ETF failed does not spell the end for Bitcoins chances at opening up for institutional investors. While the SEC may still be guarded, it is likely that one of these ETF applications, or one on the near future, will crack the code and become the first to market.