From Denuclearization to Decentralization: International Blockchain Conference in North Korea Scheduled For October

Alex Dovbnya
North Korea, the world’s most authoritarian state, to hold its first Blockchain event with experts from all over the world 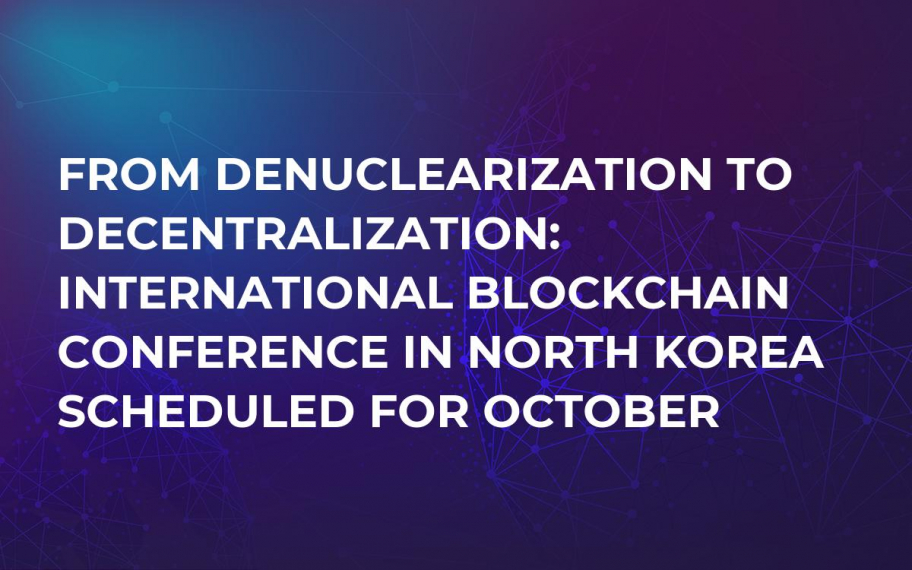 Following the political breakthrough, North Korea is now looking for technological advancement by reportedly hosting a Blockchain conference this October. Blockchain experts from all around the world will discuss the possibilities of implementing the distributed ledger technology by the DPRK.

The authoritarian communist state, which is widely considered to be one of the most isolated places on Earth, is now on track to host its first international Blockchain-related event, according to a report by a local South Korean media outlet that cites an anonymous source. The Blockchain conference is scheduled to start on Oct. 1. A meeting with the representatives of North Korean enterprises is expected to take place on Oct. 3.

The complete isolation of North Korea resulted in the inability of its residents to access the global financial system. That is why the country has been capitalizing on cryptocurrencies for quite a while in order to soften the blow after a slew of sanctions imposed by the US.

Back in March, there was a report that the North Korean may own more than $120 mln in BTC. It is quite possible the country could have invested as many as $200 mln of crypto holdings in its nuclear program.

On top of that, North Korea also started a separate cryptocurrency course at Pyongyang University.

However, the majority of this crypto was probably stolen.  South Korea's intelligence committee made a claim that its northern neighbor hacked plenty of exchange accounts in order to steal billions of Won in Bitcoin and other digital assets (that essentially equals millions of US dollars).

The Hermit Kingdom also used malware in order to infiltrate computers and secretly mine Monero. ‘AppleJeus’, most recent invention of the notorious group of hacked dubbed Lazarus, now targets even  MacOS, the Kaspersky Lab warns.