Could Iran Follow North Korea and Venezuela With Crypto Solution to Avert Sanctions? 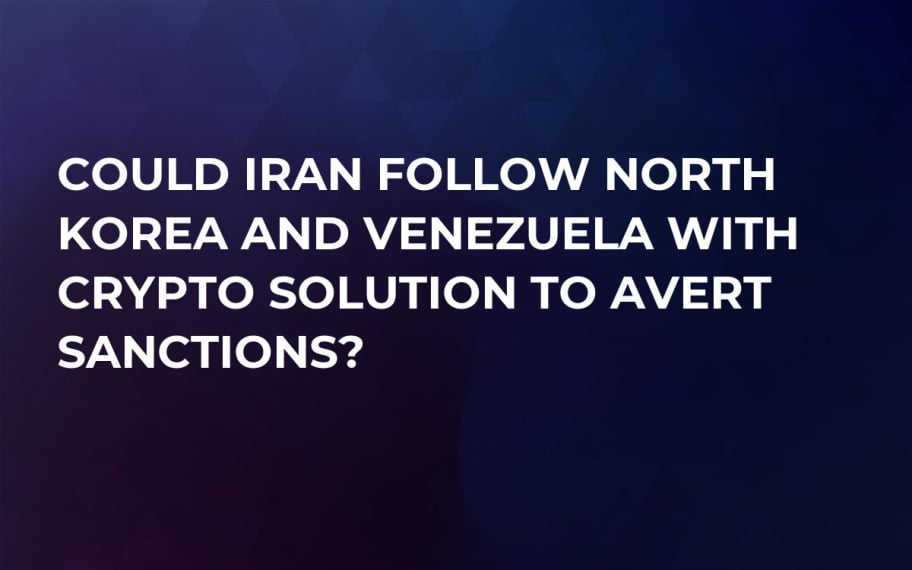 When US President Donald Trump announced that he would withdraw from a 2015 deal to curb Tehran’s nuclear program, shockwaves were sent around the Middle-Eastern country as fears of an economic crisis surfaced.

However, at the top level, the reports are that Iran has been pre-empting this move by experimenting with its own local cryptocurrency since last year.

Iran’s youngest minister Azari-Jahromi said in April there was a "digital currency in domestic development" and that they could be taking a leaf out of Nicolas Maduro’s book, the Venezuelan president who launched the Petro as a way to circumvent sanctions.

Iran’s blockade to the world

The latest move by the US will see fresh and harsher sanctions, led by the US, against Iran. However, President Hassan Rouhani has already begun experimenting with Bitcoin and cryptocurrency in anticipation of these sanctions.

A similar situation has been playing out for Venezuela, who has also always faced tough sanctions from the US, and to that end, they brought out the Petro which became the first government-backed cryptocurrency.

Taking that as precedent, although its effectiveness is still to be proven, Iran could follow suit to try and scupper the US’s efforts. However, there will be difficulties in trying to get a state-backed cryptocurrency off the ground, as Venezuela is already experiencing.

Priscilla Moriuchi, director of strategic threat development at Recorded Future, said: "The Petro will struggle to be exchangeable for hard currencies such as the dollar or the euro and this will limit its appeal to investors and users.”

"Iran is likely to experience some of the same hurdles if it decides to create its own oil-backed cryptocurrency," she added.

Cryptocurrencies are posing new threats to the way in which things used to be done. Trump has already had to step in to put a stop to the growth and expansion of the Petro in the US, thus taking note of it and take it seriously.

But now, as other countries also explore this new facet of finance, the idea of sanction starts to weaken as the centralized powers lose their grip.