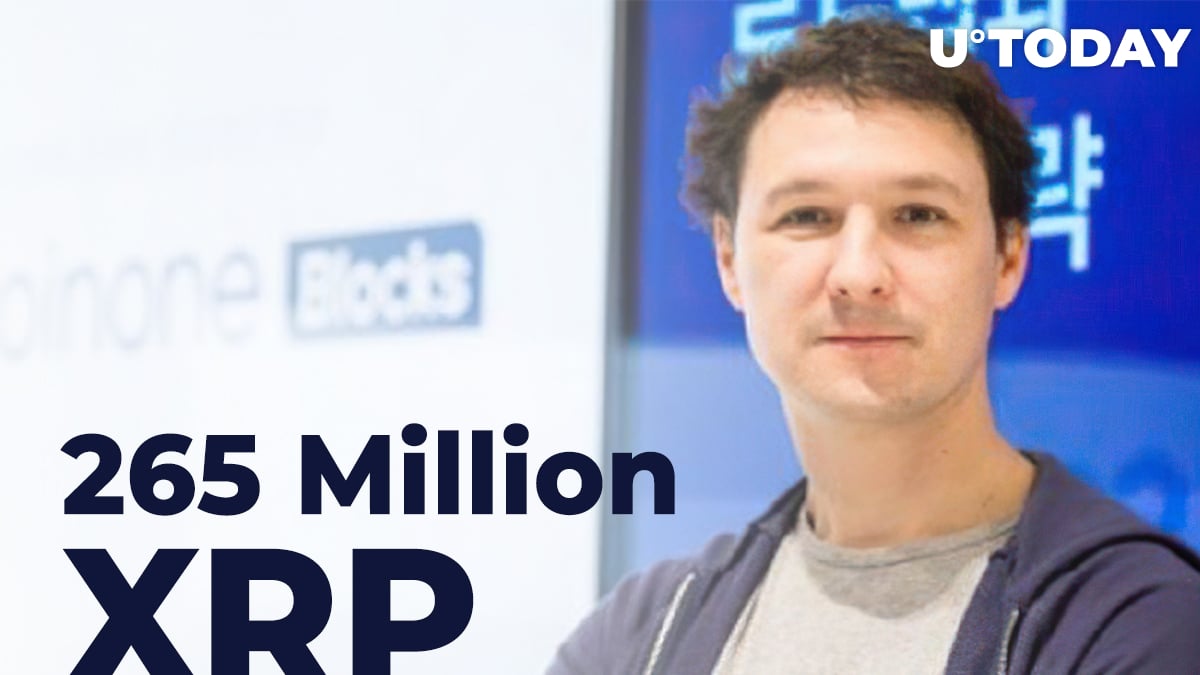 Figures shared by the XRPscan platform show that, over the past 20 days, Jed McCaleb, who built Ripple with Chris Larsen, has moved an amount close to 265 million XRP from his electronic address to sell.

Meanwhile, he has almost 400 million XRP remaining in his "Taco stand" wallet. According to Forbes, his net worth has shrunk by 27 percent recently.

Will McCaleb cut his daily sales next week?

Thus far, the amunt of XRP sold by Ripple's "defected" co-founder (he left Ripple in 2013 to found the rival Stellar blockchain with the native XLM coin) per day has been declining each week.

Blockchain researcher and analyst Leonidas Hadjiloizou believes that McCaleb will run out of his XRP riches by the start of September as his initial nine billion stash of XRP has been steadily shrinking.

As reported by U.Today on Thursday, 11 cryptocurrency billionaires have seen substantial drops of their net worths in the period between May 10 and May 19, when a heavy crypto market decline was in full swing.

Among them were Chris Larsen (former Ripple CEO) and Jed McCaleb. As per a Forbes article, their net worths in XRP has shrunk 19 percent and 27 percent, respectively.

Larsen lost $1.3 billion and McCaleb $1.6 billion. Among other "victims" are Coinbase CEO Brian Armstrong, the Winklevoss twins, Barry Silbert and others.

The losses of MicroStrategy CEO Michael Saylor and global investor and Bitcoin supporter Tim Draper caused by the crypto carnage were the biggest. The head of Binance, CZ, has suffered zero financial losses to his $1.9 billion net worth.