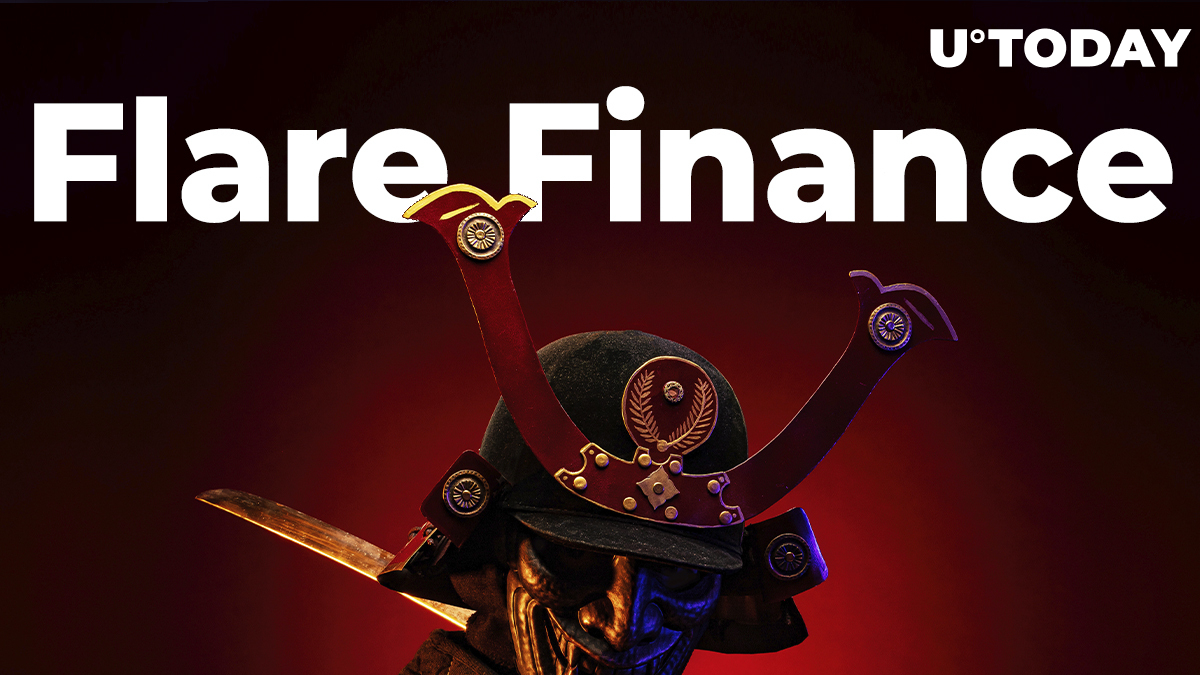 Flare Finance, the flagship ecosystem of decentralized financial protocols on much-anticipated blockchain Flare (FLR), announces the launch of another stage of its Samurai-themed promo.

Samurai promo has been launched by Flare Finance, XRP prizes at stake

According to the official announcement by the Flare Finance team, its main Twitter account has reached the milestone of 70,000 followers. To celebrate this achievement, the company decided to organize an airdrop of XRP tokens.

#FlareFinance is proud to announce we have crossed 70,000+ followers!

Thank you all for your patience, dedication, and loyalty to the future being built on the #FlareNetwork!#Like, #Retweet, and #Tag 3 Samurai for a chance at 1 of 3 $50 XRP Prizes! pic.twitter.com/x8QaE2yyoN

To be eligible for the airdrop, a supporter of Flare Finance needs to like and retweet the promo campaign's announcement. Then, he/she should tag three more "Samurais" to spread the word about the event.

As covered by U.Today previously, Flare Finance has already organized a number of NFT-themed community events to celebrate significant milestones.

In early April 2021, one non-fungible token dedicated to the Japanese theme was sold for more than $10,000.

At press time, more than 500 early supporters of Flare (FLR) took part in the airdrop with three XRP-denominated prizes at stake.

Flare Finance promotes itself as the first DeFi ecosystem for Flare (FLR), an EVM-compatible blockchain that should launch in the coming months. When the Flare Networks team announced the release of Flare's canary network Songbird (SGB), Flare Finance shared that it will have a Songbird-based version.

Related
Flare Finance to Launch Another Beta Version on Songbird with NFT Bonuses and Prizes: Details

The launch of Songbird will also be surrounded by NFT giveaways and promo campaigns.