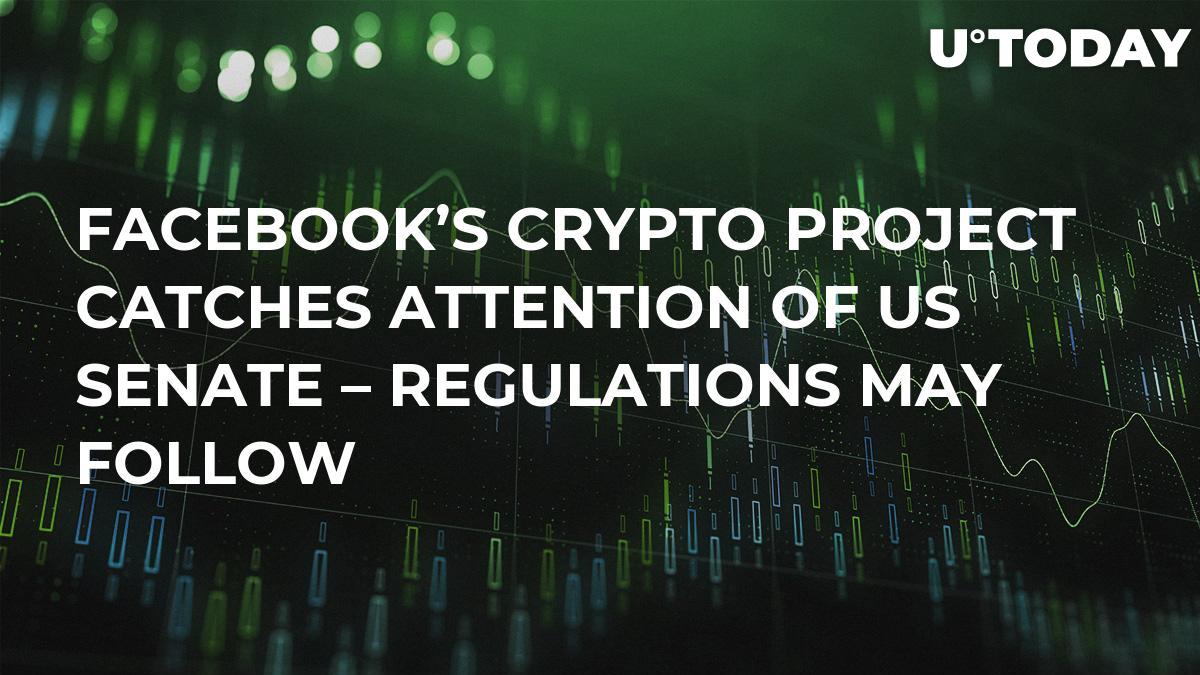 Recently, the wave of interest and excitement hit the crypto community recently due to the news about Facebook working on its own stablecoin. Many investors and analysts saw Facebook’s Libra Project as it is allegedly dubbed as a potential pusher for mass adoption of crypto.

However, now this project has caught the attention of the US Senate. It has sent an open letter to Facebook, requiring that more details are shared about the new project of the social media giant. The letter contains a list of particular questions that the Senate wants to see answered.

Recently, the US Senate Committee on Banking, Housing and Urban Affairs issued an open letter to Facebook and Mark Zuckerberg, demanding that the IT heavyweight spills more details about the Libra Project.

One of the questions enquiries:

“What privacy and consumer protections would users have under the new payment system?”

Another question in the letter asks if Facebook has ensured with regulators whether its crypto project complies with all necessary requirements.

The letter emphasizes that the regulation from authorities is still the main reason why crypto has not reached mass adoption yet and that any major business that chooses to work with digital assets must obey to the numerous rules set forth by regulators if they want their product to be approved for a wide use by the public.