Darryn Pollock
Facebook once seemed very anti-cryptocurrency a while back, but acquiring Chainspace seems to suggest they are changing their mind. 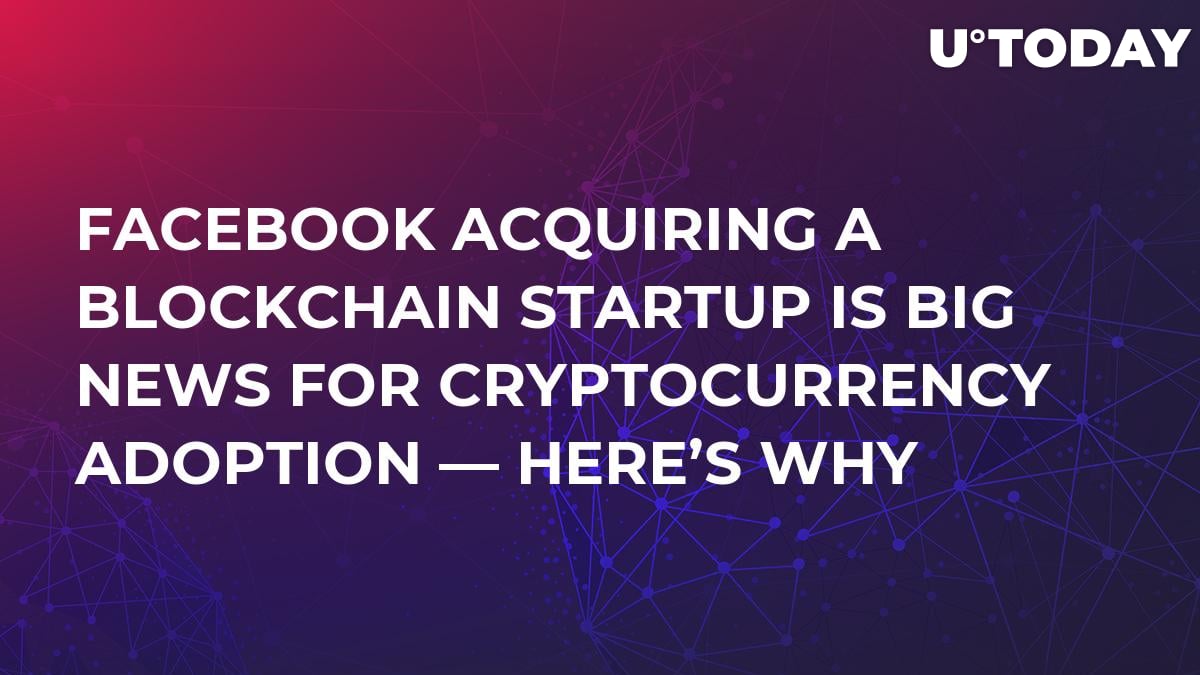 A report doing the rounds has suggested that the social media giant that is Facebook is getting more and more invested into the cryptocurrency and startup space with the acquisition of a small blockchain startup called Chainspace.

This may be small, both in terms of the size of the start up and the effect on the social media company, but it is a big step for the adoption of cryptocurrency and blockchain as it shows that major tech companies are actively getting involved in the space.

Facebook once banned the advertising of anything related to cryptocurrencies, but it has since reneged on that stance. In fact, Mark Zuckerberg, the well-known head of the company, has even insisted that he wanted to learn more about cryptocurrencies and blockchain.

Now, Facebook is putting its money where its mouth is by hiring the team behind Chainspace, which was founded by researchers from University College London.

Facebook’s acquisition of Chainspace’s team, a move known in Silicon Valley as an acqui-hire, is the clearest sign yet of Facebook’s ambition to be a big player in the nascent blockchain industry.

Facebook has set up an entire group to deal with blockchain growth within the company, putting David Marcus, a Facebook executive and former PayPal president, at the head of its blockchain enterprise group.

So, Facebook has done a bit of a complete turn on its interest in blockchain, but the acquisition of Chainspace also points towards where it sees value in the distributed ledger technology.

Chainspace’s white paper explained that the team wanted to build a “distributed ledger platform for high-integrity and transparent processing of transactions within a decentralized system.” This essentially means they were trying to make transactions on the blockchain quicker and more functional in terms of a payment system.

This direction into blockchain transactions with cryptocurrencies could be a huge boost for Facebook. The possibility of, for example, a native Facebook blockchain token on the social media platform would allow for them to monetize a lot of aspects upon their platform.

It could indeed transform the face of social media, which has predominantly been about acquiring user data, and change it to receiving cryptocurrency as payment. This is especially prevalent with the increased focus on the value of users data in the wake of the Facebook-led data hack through Cambridge Analytica.

Already in the works

It has actually been reported that Facebook is interested in forming its own cryptocurrency, a stable-coin type currency that would operate in the messaging app WhatsApp, also owned by Facebook.

In terms of fueling adoption, the use of cryptocurrency and blockchain on two hugely popular apps, such as Facebook and Whatsapp, would see millions of people enter the sector and thus legitimize it far more.

More so, the value and price of the cryptocurrency would surely soar should this form of adoption come to be, as it would open the door to people not only on Facebook’s potential native token, but the entire cryptocurrency market, causing a huge demand rush.