Yuri Molchan
Bloomberg reports that social media giant Facebook is developing a crypto coin to be used by WhatsApp fans, with the prior target at remittances in India 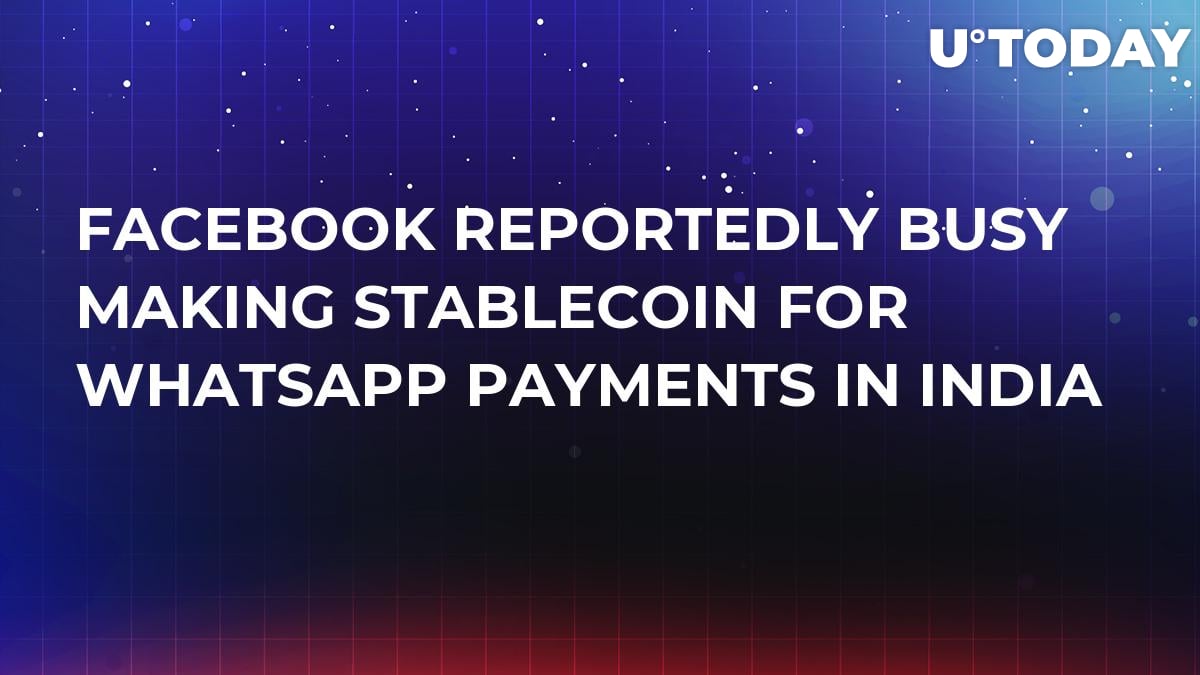 Resources familiar with the matter report that Facebook IT engineers are chasing the goal of creating a stablecoin in order to make the new asset less volatile than other coins in the market right now.

However, Facebook is not in a rush to launch the token, since the team is also working on the strategy and thinking of custody assets, which the new coin would be pegged to in order to support the actual value of the stablecoin, as in the cases of USDT, Gemini USD, Maker, etc. Mostly, the asset that supports those is the USD.

Facebook’s dream about to come true

Users have long believed that the social media giant has plans to expand to the financial market, especially after the company took on board the ex-president of PayPal, David Marcus, to supervise the work of Messenger back in 2014.

Then in May, the man was appointed as the head of Facebook’s blockchain division, whose targets have not been revealed publicly yet. Meanwhile, Facebook is actively hiring people for its blockchain department, boosting the staff with experts in the field.

Earlier this year, U.Today reported that Facebook was going to buy Coinbase and launch its own crypto coin. As we can see now, part of this was true after all.

What has been shared with the public so far is that the IT heavy-weight is looking deep into the opportunities of the DLT and is studying the numerous ways the technology can be applied.

WhatsApp will provide the user-base

WhatsApp, the messaging app for mobile platforms that Facebook purchased a few years ago, is widely spread in India with the user-base totalling around 200 mln people. Besides, India is one of the global leaders regarding remittances. Last year, Indians working abroad sent back home nearly $70 mln.

Facebook itself can boast a user-base of 2.5 bln around the world. Experts believe that the IT behemoth with its $40 bln in yearly profits and being on good terms with regulators may stand a better chance of launching a stablecoin than other firms.

Still, the reputation of Facebook in India has been dampened, mainly because of WhatsApp, too – some fake news that appeared there through the messaging app caused severe cases of violence. However, India comes second after China in terms of the amount of web users, so there is enough space for Facebook’s new direction to grow there.

A U-turn on crypto

It should be noted that Facebook seems to have completely changed its position on crypto. It started from banning ads of ICOs and crypto currencies in general, as well as Twitter and Google calling these scams. But now the IT giant itself sees it is best to join the new trend rather than oppose it.