Ethereum’s False Sense of Decentralisation: 30% of All Ether Held by 376 People 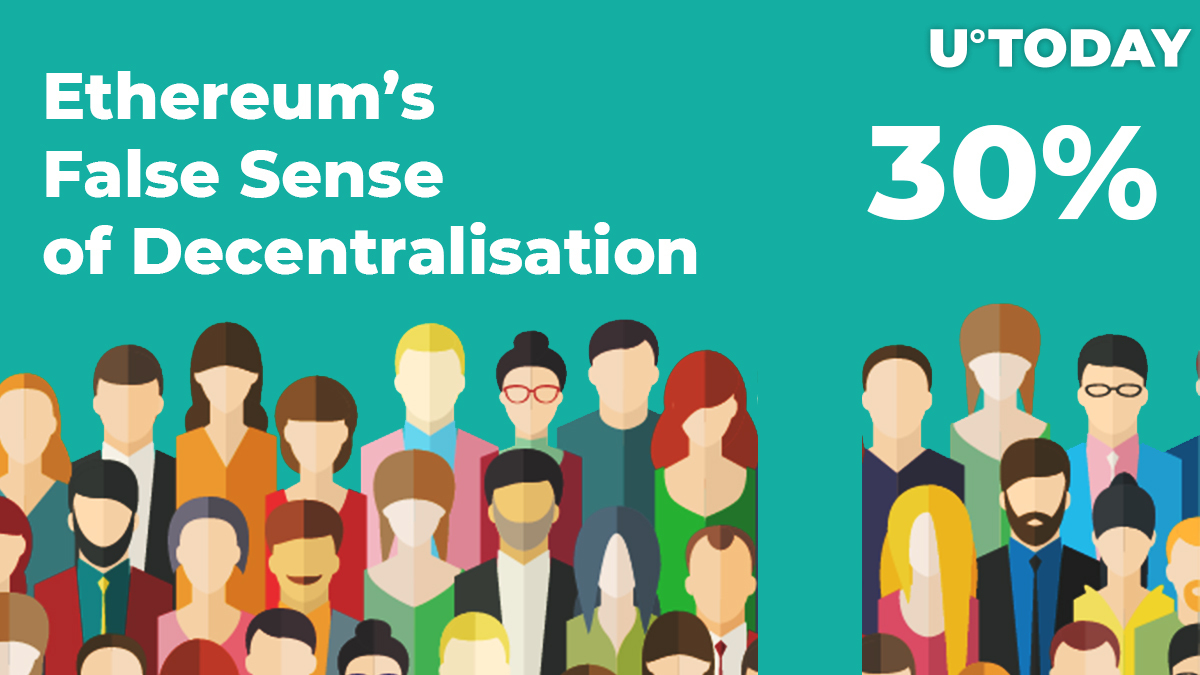 Ethereum, well known to be the second biggest cryptocurrency by market capitalisation, and the forefather of the smart contract blockchain, has been discovered to be a little light on decentralisation and distribution of its Ether.

Ether, the token which runs on the Ethereum Blockchain, is aimed at being more a tool of smart contracts than an investable token, yet it has come to light that there are an accumulation of over 300 people who hold a third of all the Ether.

These whales however have been mostly dormant, not trading or using their Ether, rather storing it in wallets. However, when there is a big move from these wallets, movements are noticed in the market.

A study on whales

The report on this congestion of wallets owning Ether has come from new research by Chainalysis Inc. They have also said before that by comparison, 448 people own 20 percent of all Bitcoin, which is much more of an asset to hold onto because of its appreciating nature.

Chainalysis also looked at the effect Ether whales have on prices, and found that large holders don’t move their cryptocurrency often and are still happy to look after it for its potential for price growth.

However, the study also found that when a whale moves Ether from a wallet to an exchange, there is a small but statistically significant effect on market volatility.

A question of decentralisation?

Many people feel that the distribution of cryptocurrency is key to its decentralisation. Because these markets are still relatively small, even though they top billions, it is not impossible for individuals, or small groups, to use their wallets to sway the market.

This is not only dangerous in terms of the proposed decentralisation of these digital tokens, it also leads to questions of market manipulation, which is something that the regulators in the SEC and other organisations are very wary of.