Yuri Molchan
Gold bug Peter Schiff has commented on the Bitcoin rise above $10,000, saying that BTC may retrace soon as it has each time after breaking above $10,000 in the past 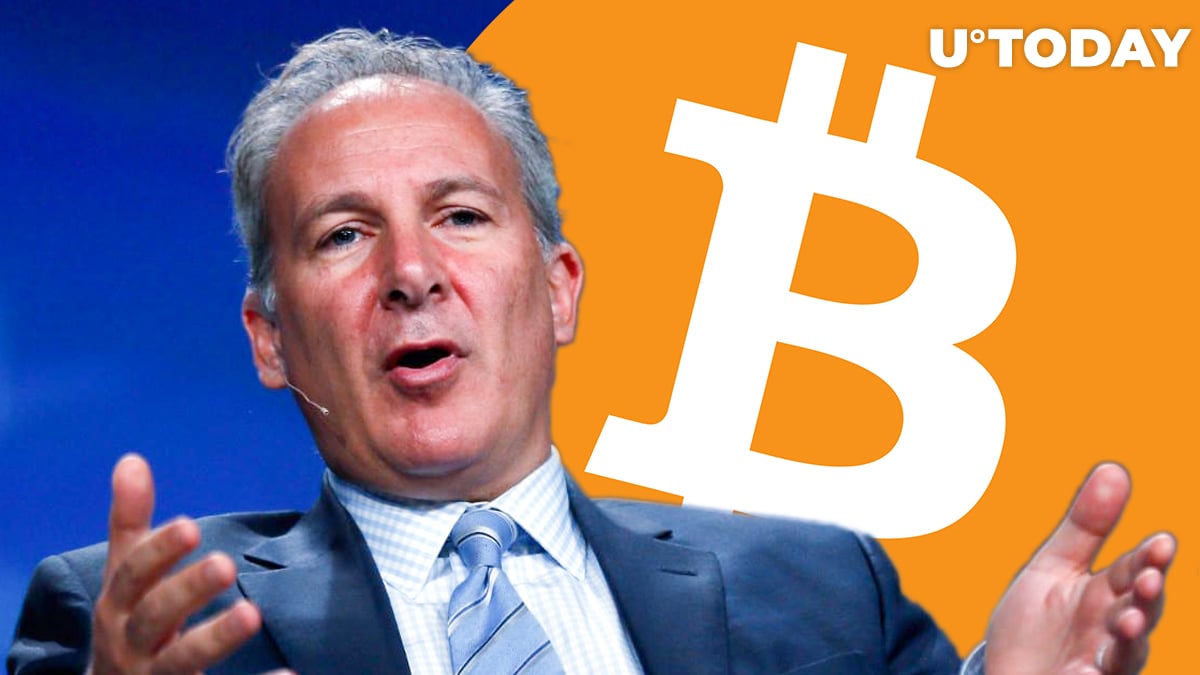 Outspoken Bitcoin critic Peter Schiff has taken to Twitter to comment on the Bitcoin price action taking BTC above $10,000. Schiff says it is highly likely that Bitcoin will plunge this time, as it did three times previously after venturing above the $10,000 level.

He also invited prominent Bitcoin educator Anthony Pompliano on his live show on YouTube to discuss that and talk about gold’s new all-time high as well.

"Bitcoin is back above 10K, how big will the next drop be?"

In his tweet, Peter Schiff reminded the audience that since the glorious 2017 rally, Bitcoin has reached above the crucial $10,000 level three times so far.

After the first two rises, BTC then plunged 38 percent and 63 percent. In May this year, the fall constituted only 15 percent. Peter Schiff seems to be certain that, this time, Bitcoin will not hold above $10,000 for long and asks himself and the audience: How far will Bitcoin plunge this time? 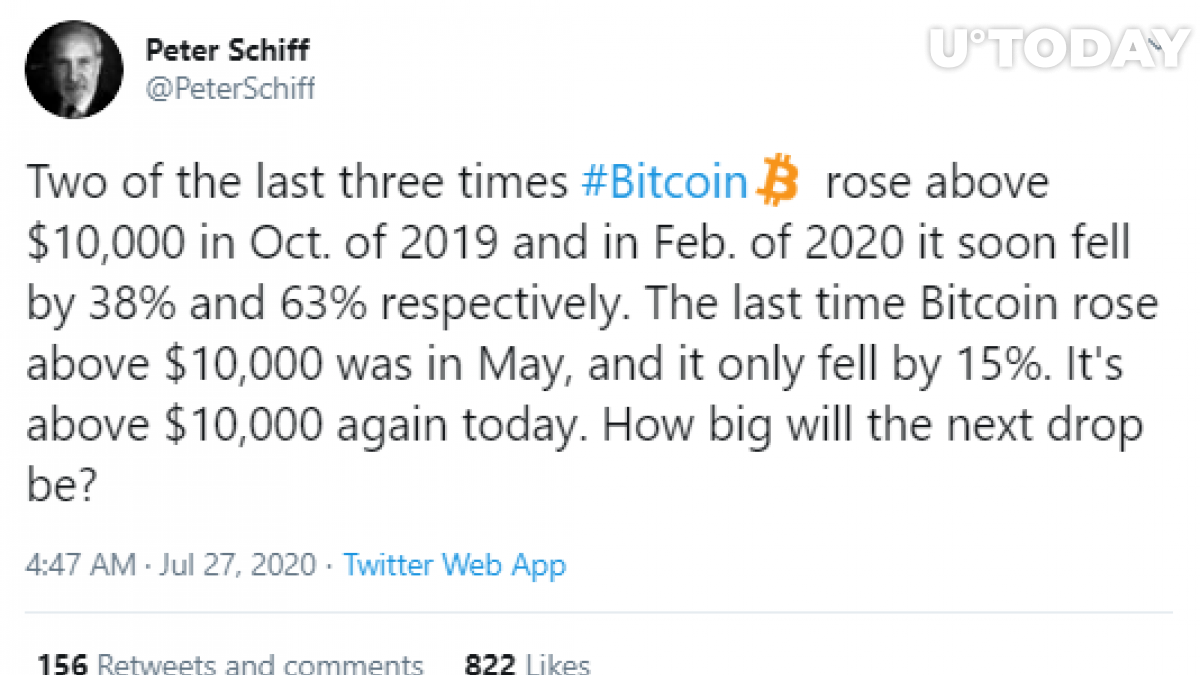 In another of his tweets, which came out after the Schiff-Pomp talk on YouTube, the gold bug and Euro Pacific Capital CEO tweeted something he forgot to tell Pomp during the conversation.

According to Schiff, Bitcoin, now sitting at $10,200, has a strong overhead resistance that will make its further rise towards $20,000 a hard goal to achieve.

However, the Bitcoin critic says, gold (which has reached an all-time high of $1,900) does not have this pressure over it. 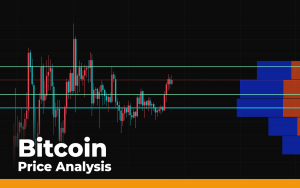 When Pompliano and Schiff discussed the year-to-date growth of gold and Bitcoin, it turned out that XAU had increased in price twenty-seven percent, whereas Bitcoin ("digital gold") has increased more than thirty-five percent, according to Pompliano—a "big boy move" as he referred to it.

The founder of the Quantum Economics analytics newsletter, Mati Greenspan, has also published a chart on which it is clear that Bitcoin has so far been the leader among the assets—judging by its growth percentage.

There’s much more gold than Bitcoin

The CEO of Kraken, Jesse Powell, and Bitcoin maximalist Max Keiser have posted tweets with similar content, with Powell seeming to hint to gold bugs (and Keiser tagging Peter Schiff directly) that the supply of gold on Earth and in the universe is 100% not a scarce asset.

Gold supply in the universe is basically infinite. There should be roughly 100 million Earths worth of gold in our galaxy.

Bitfinex Locks 80% of Its Nectar Stash and Donates 9.4 Mln NEC to DeversiFi Community, Here's Why
Latest Cryptocurrency News
5 days ago