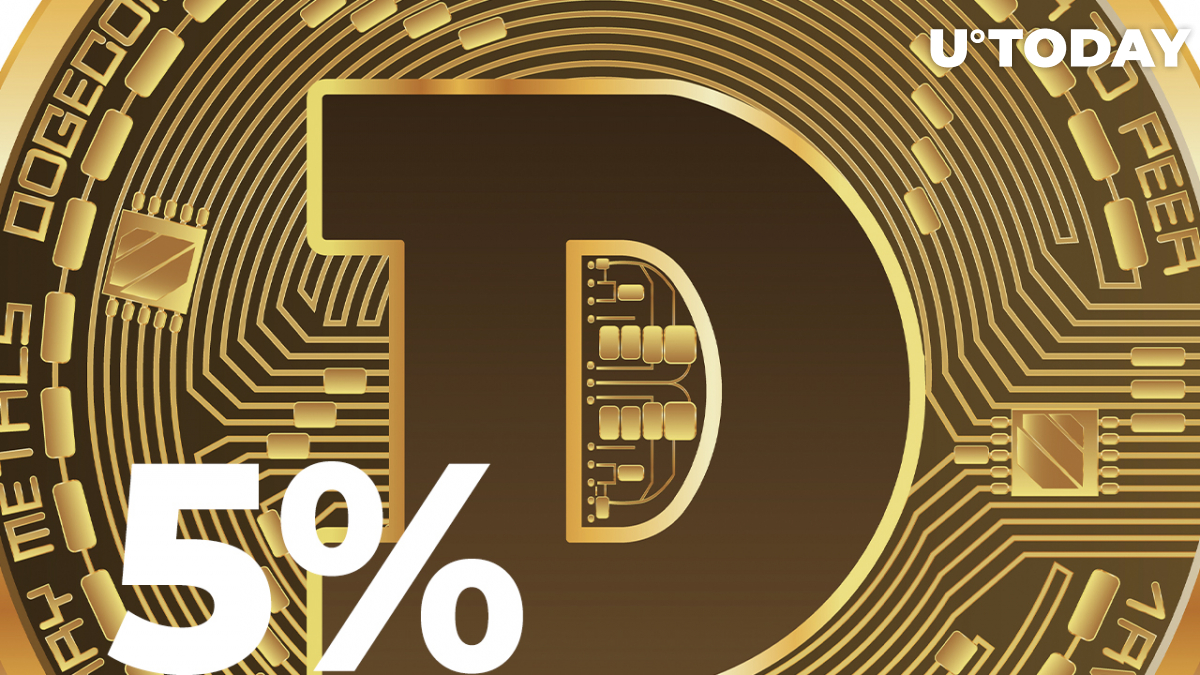 The price of Dogecoin (DOGE) has spiked roughly 5% over the past 24 hours, according to data provided by CoinMarketCap.

The meme coin has outperformed every major altcoin over the aforementioned period of time.

As reported by U.Today, the Bitcoin parody saw a double-digit price increase on Thursday after Bitcoin of America, a popular cryptocurrency ATM operator, added Dogecoin to the list of available coins. At the same time, trading app Voyager also added support for Dogecoin.

Earlier today, Tesla CEO Elon Musk commented on the idea of buying Twitter and changing the bird logo to that of Doge, claiming that it would be “sick.”

Bitcoin, the top cryptocurrency by market capitalization, remains in the doldrums, currently changing hands at the $44,500 level on major spot exchanges. Bulls have so far failed to gain footing above the $45,000 level that was recently described as a “key pivot” by veteran trader John Bollinger.

Ethereum is also struggling to make another move higher as the second-largest cryptocurrency remains below the $3,200 level.

Dogecoin rival Shiba Inu is also flat-lining at the time of writing, adding a mere 0.67%.

Zilliqa (ZIL) is up 73.17% over the last 24 hours, becoming the best-performing altcoin within the CoinMarketCap top 100. It is followed by VeChain (VET), which has gained 14.50% over the same period of time. Holo (HOT) also registered a double-digit price increase, spiking by more than 10 percent.

ApeCoin, which had its tumultuous debut last week, is up 8% on Sunday, recovering to nearly $14. Such price action indicates that the hype surrounding the native cryptocurrency of the Bored Ape Club ecosystem is alive and well.