Yuri Molchan
DLT startup Polkadot reportedly is in search of a $60-mln investment to be raised through an ICO, reports The Wall Street Journal 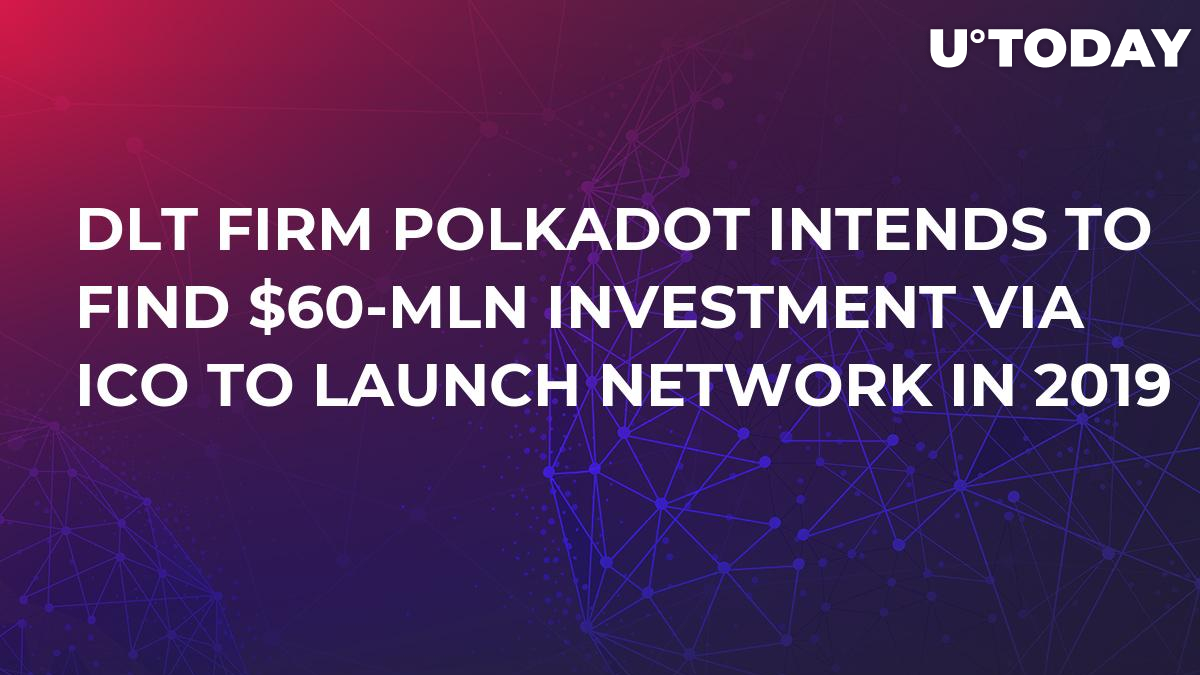 Just recently, The Wall Street Journal, referring to some sort of insiders, reported that the Polkadot blockchain startup can have the worth of its token stack rise to $1.2 bln as a result of its recent effort to raise funds via a token sale.

In the fall of 2017, Polkadot managed to attract investments totalling over $145-mln through an ICO. Shortly after that, the ETH coins which were part of the investment were frozen due to an issue with the Parity wallet. Still, the team stated back then that the event did not change their intentions, nor did it affect their abilities to do that.

Polkadot was created by Gavin Wood, an ETH co-founder. The co-owners of the startup are the Web3 Foundation and Parity Technologies. Together they created a DLT protocol of interoperability, which launched its first proof-of-stake concept in late spring last year.

The purpose of Polkadot is to enable different blockchain platforms to interact with one another and upgrade on an automatic basis without any chain splits. Under the new form of network governance, in 2018 the privilege of making decisions was given to token owners. Now, the native token DOT enables Polkadot investors to vote and express their opinion on various changes of the code. Then, if consensus is achieved, those upgrades that were voted for will be conducted automatically.

Earlier, Web3 and Parity announced their intention to release the Polkadot network in late 2019. Also, in December, Parity set up the Substrate platform. Users can utilize it for making customized chains for dApps. Polkadot is also integrated with Substrate.