Past ICO Review: Polkadot, Wait, What Does it Do?

Eric Eissler
A Blockchain that offers scalability and interconnectivity, but yet with no inherent purpose raised $345 in 2017 in an ongoing ICO. 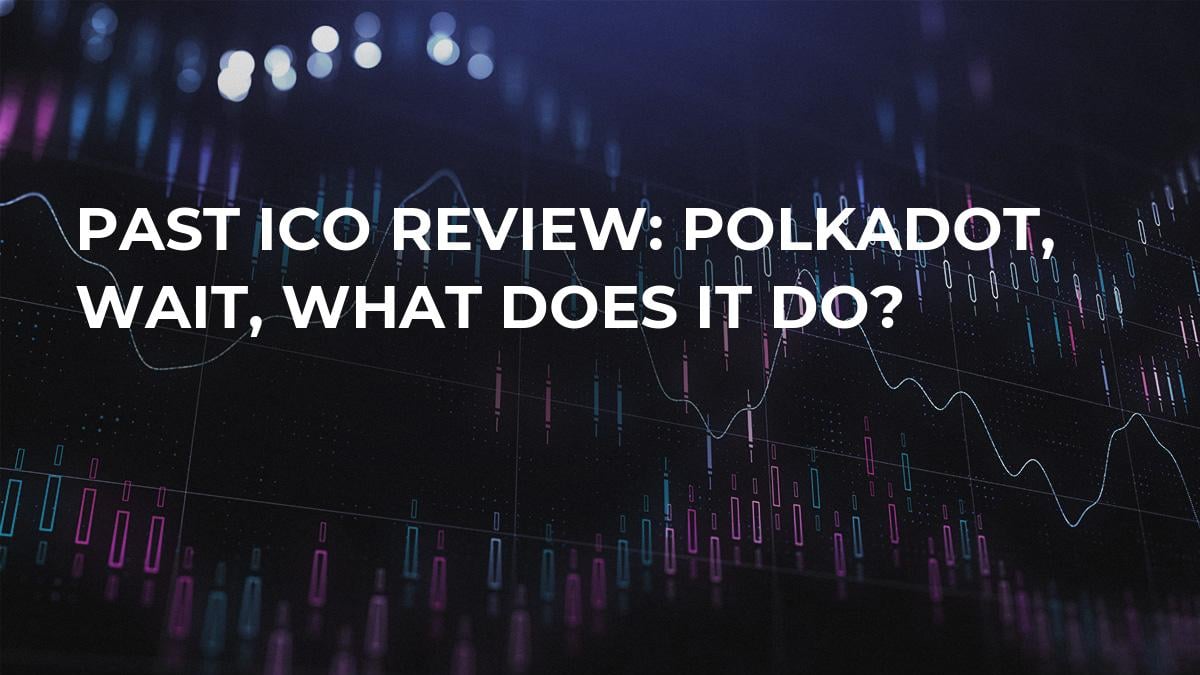 It’s a rather curious case about Polkadot. If you ask around, not many have heard of the coin, which has raised some $345 mln! The ICO started on October 14, 2017 and was finished in just three days, on October 27, 2017.

This is a bit of a mysterious coin because its position is that it is a Blockchain designed to be just that: a generic Blockchain without any special purpose.

The following passage is an excerpt from the white paper:

Polkadot is a scalable heterogeneous multi-chain. This means that unlike previous Blockchain implementations which have focused on providing a single chain of varying degrees of generality over potential applications, Polkadot itself is designed to provide no inherent application functionality at all.

Rather, Polkadot provides the bedrock “relay-chain” upon which a large number of validatable, globally-coherent dynamic data-structures may be hosted side-by-side. We call these data-structures “parallelized” chains or parachains, though there is no specific need for them to be Blockchain in nature.

What Polkadot attempts to do is to take create the scalability and interconnectivity that is missing in the Blockchain sphere.

Polkadot holders have complete control over the protocol. All privileges, which on other platforms are exclusive to miners, will be given to the relay chain participants (DOT holders), including managing exceptional events such as protocol upgrades and fixes.

New parachains are added by bonding tokens. Outdated or non-useful parachains are removed by removing bonded tokens. This is a form of Proof of Stake.

So what we have here, is essentially a generic Blockchain that has not even had a genesis yet. The genesis block is supposed to occur in Q3 2019. Strangely, the website states there is an inherent risk that it might not happen at all:

We might not see that genesis block after all.  The company developing Polkadot, Parity Technologies, reported that there was a significant vulnerability in the Ethereum parity wallet library contract and some 68 percent of the ICO-raised funds in ETH are frozen.

At the end of the ICO, the final DOT price was 0.109 ETH meaning that a total of 485,331 ETH was raised from the sale of the five mln tokens. A very impressive figure from just an action as at the time of writing, the above ETH figure was worth some $345 mln.

Despite the frozen funds, the team at Parity Technologies insists that they will meet the Q3 2019 launch date on time. This coin still has potential, yet its practical use case still must be proved for a better understanding of what it is supposed to do.