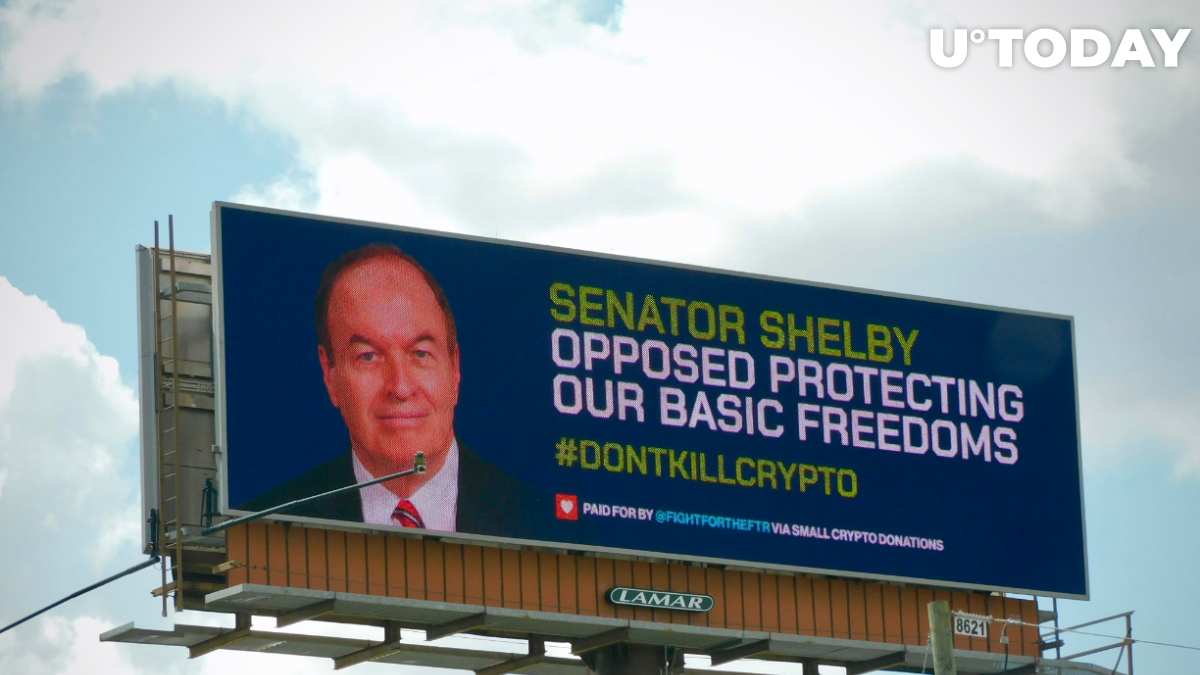 Fight for the Future, a non-profit advocacy group that focuses on digital rights, has put up a billboard that takes aim at Sen. Richard Shelby (R-Ala) Birmingham after collecting donations from crypto proponents.

Accountability is sweet. #DontKillCrypto would have won essential protections for small developers if @SenShelby hadn't betrayed us on the Senate floor. This billboard went up in Birmingham thanks to small #crypto donations at https://t.co/7pOsqkYtgy pic.twitter.com/lUjcjz32Vz

The 87-year-old lawmaker, who announced that he would not run for re-election in February, drew the ire of the cryptocurrency community after his sole objection killed the crucial amendment to the harmful cryptocurrency tax provision that snuck its way into the infrastructure bill.

During a chaotic voting session, Shelby requested an additional $50 billion in defense spending in exchange for his vote. This led to a dispute with Sen. Bernie Sanders (D-Ver), which ultimately put the clamps on the crypto rewrite.

As the result, the infrastructure bill passed the Senate with the original language, which ensnares the industry with its broad definition of the term “broker.”

In an attempt to save his face, Shelby later tweeted that he supported the amendment but chose to prioritize the country’s security over innovation.

I supported @SenToomey cryptocurrency amdt. I know of its importance to innovation & job creation, but I believe it pales in comparison to the security of our nation–which is why I called for a vote on my defense infrastructure amdt. It's unfortunate that Dems blocked both amdts.

Earlier this week, House Democrats delivered another blow to the cryptocurrency community’s lobbying efforts by voting not to include any amendments to the controversial legislation.

However, according to an Aug. 13 Bloomberg report, the U.S. Treasury Department is not going to target miners, stakers, software developers and hardware manufacturers.
#Bitcoin News