Yuri Molchan
Federal judge of New York lifts his verdict to freeze Shrem’s $30 mln equal to the 5,000 BTC he had allegedly stolen from the ‘crypto twins’ 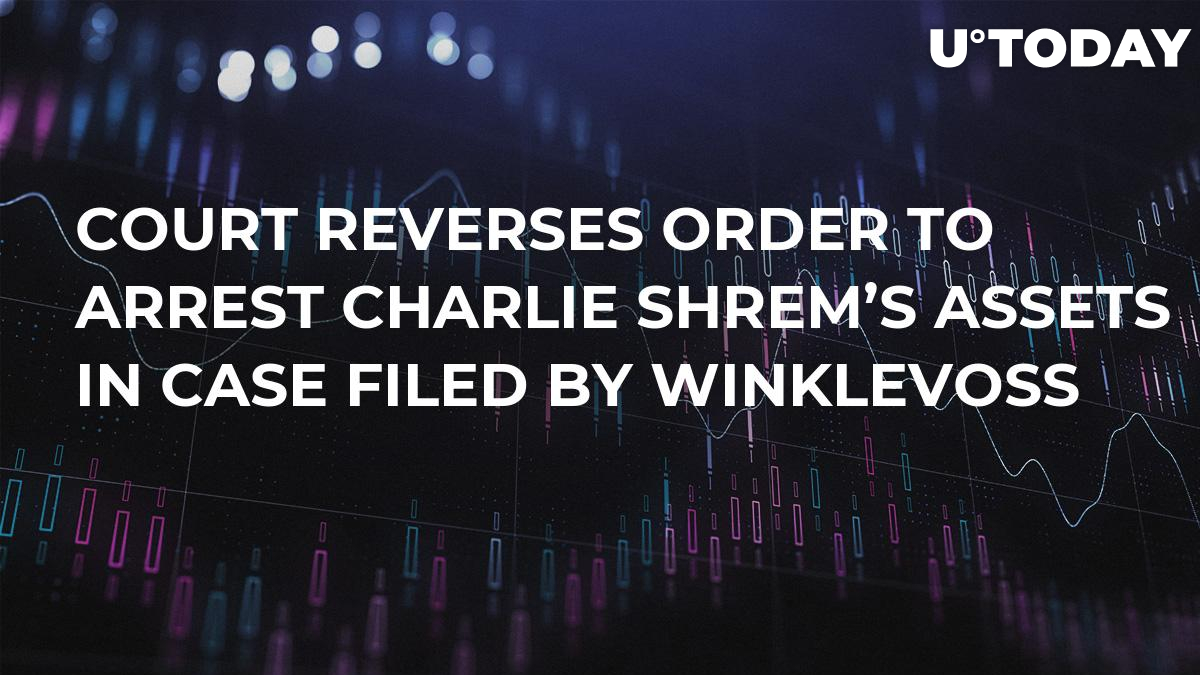 The Bitcoin investor and entrepreneur Charlie Shrem that has recently been sued by the Winklevoss twins seems to have won his first battle in this war thanks to his lawyers.

On Thursday, the federal judge based in New York made a direction to lift the arrest laid on Shrem’s assets in the amount of $30 mln. The initial order to freeze the assets was issued in early October by the local U.S. Marshall.

The directions to freeze the money were sent to crypto platforms Coinbase, Xapo, Bittrex, Poloniex and some other exchanges where Charlie Shrem’s assets in Bitcoin or other currencies, crypto or fiat, had been kept.

However, the crypto exchanges stated in reply to the court that they do not have any assets belonging to Shrem. Except for Poloniex — this company admitted to keeping $0.41 of Shrem’s money and Bittrex also confessed it had been storing $4.44 in Bitcoin and Bitcoin Gold combined, all of it owned by Charlie Shrem.

Apparently, following this poor outcome, the federal judge backed off with its order to have Shrem’s assets frozen.

Charlie Shrem’s advocate believes that this is the first crucial achievement in winning the case and having his client vindicated.

However, the case is far from being closed. An additional filing says that it is going to move on to a trial of juries taking place in early April next year.

The plan of managing the case says that within a week all the participating parties are allowed to submit any additional documents, like pleadings or questions they might have.

However, expert witnesses have to file all legally permitted disclosures until February or March next year. It depends on whether the latter is meant to second or oppose the charge.

Earlier, U.Today reported that Charlie Shrem’s attorney stated that his client did not steal the 5,000 BTC from the Winklevoss.