Darryn Pollock
Payment apps like Robinhood, Circle, and Square are clear disruptive forces, and they are enhancing their claim with a growing crypto presence. 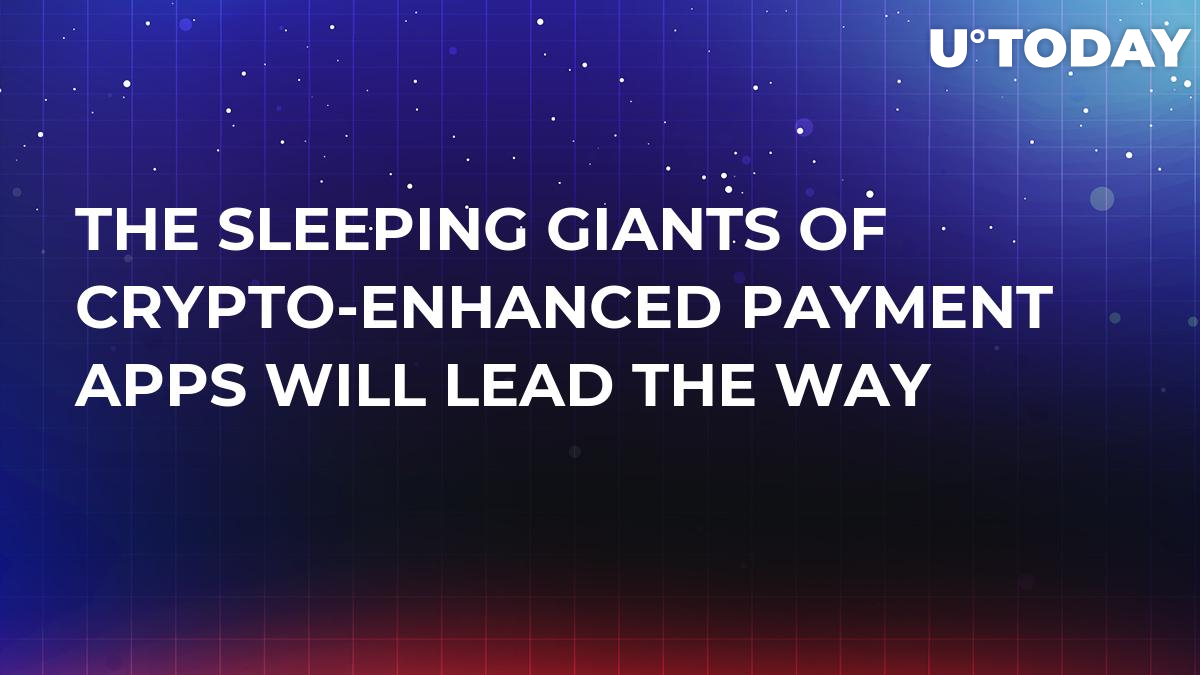 When Bitcoin, and by extension blockchain, burst onto the scene and made a mainstream splash, a lot of people touted it as the next big technological wave that will change the world. This is probably still the case, but the wave is a slow-moving one — relatively.

Blockchain technology has been aimed at a multitude of different sectors, some more important than others, and some more receptive. However, it is clear that the area where the most progress has been made is in finance, on the back of Bitcoin.

However, in the progress of adoption as an alternative digital currency, Bitcoin has slowed as the price surge has decelerated, regulators have stepped in, and institutional investors have been coy to jump straight in.

At the same time, there is a sleeping giant that is probably more ahead of the technology wave than Bitcoin, but is also incorporating the digital currency and helping it along with adoption and normalization.

Cash payment apps can comfortably be called currently one of the strongest disruptive elements in finance. They are custom built for millenials who are entering the payment market in a big way, leaving outdated methods like card, and cash, in their wake.

Companies such Goldman Sachs-backed Circle, Square — with its CEO also heading up Twitter — and Robinhood, are apps that are leading the way, and are also all benefiting from incorporating cryptocurrencies.

Square Cashing in on Crypto

Recently, Square released their third-quarter shareholder report, and it includes $43 million in Bitcoin revenue. But, before even looking at the impact of Bitcoin on their revenue, which equates to about five percent, Square’s general growth is indicative of the mobile payment app movement.

Overall, they’ve made 51 percent more than they did last year up to this point, and revenue is 68 percent better than they did during the same quarter of last year. Bitcoin sales are not massive, but they still represent a decent portion of total revenue.

That $43 million revenue did not represent much profit, equating to about $500,000 because of a deduction of Bitcoin transaction costs. However, it has also become clear that these payment apps that incorporate cryptocurrencies are not looking for profit just yet.

Robinhood is the biggest proof of this, as they announced that there would be zero-fee transfers on their cryptocurrency trades in certain areas.

Looking to the future

It is clear that these payment apps understand their role in revolutionizing the finance system, and are looking to the future with a number of clever initiatives, not to mention the integration of cryptocurrencies as they continue to be a factor.

In fact, Circle has even gone so far as to integrate its own version of a Stablecoin, which is also becoming an important feature of the cryptocurrency space. Circle offers USDC for the more traditional investor to use in order to mitigate the infamous volatility of cryptocurrencies; although currently, that is not the case.

As these payment apps continue to try and lead the financial revolution, at the forefront of a critical tipping point, their actions will be influential in the eventual adoption of cryptocurrencies.

The cryptocurrency space is still finding its feet and trying to reach more adoption, but this will only really come with more normalization and use-cases for them. Through these payment apps, cryptocurrencies have a platform where they can act as easy currencies for anyone to use.

The best use-case currently for blockchain and these cryptocurrencies is as a digital currency. So, as these payment apps operate with digital forms of currency — as in digital money forms of fiat — there is an easy transition there.