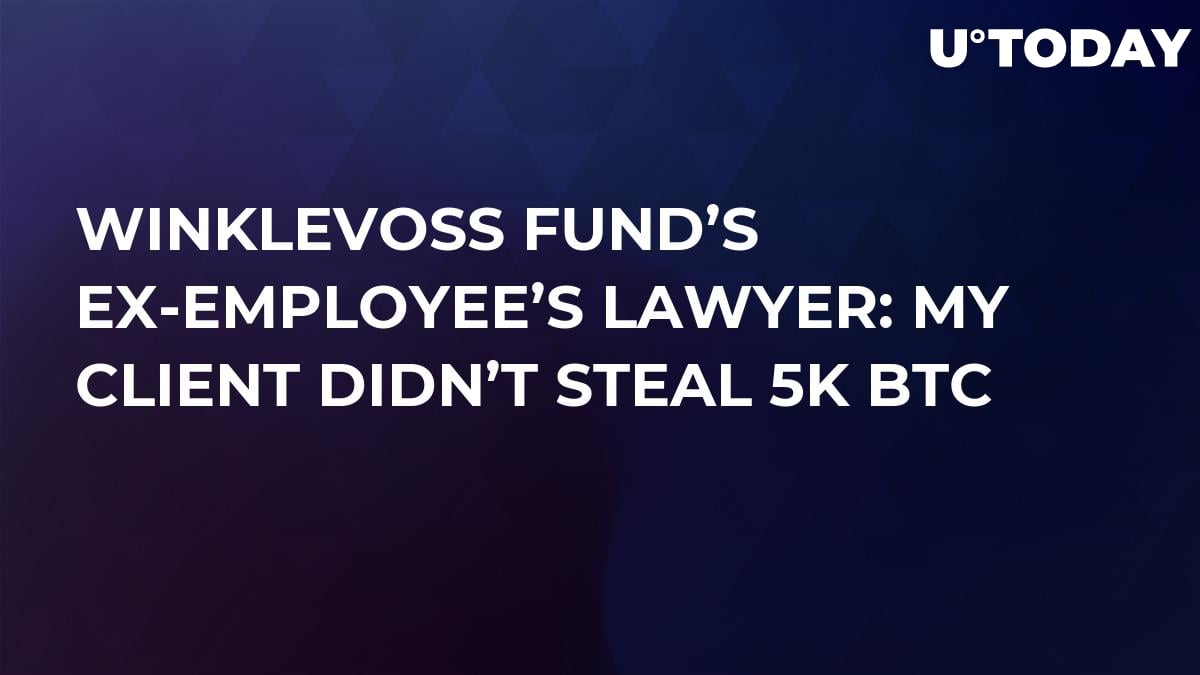 Brian Klein, a lawyer representing the interests of Florida-based Bitcoin entrepreneur Charlie Shrem, whom the Winklevoss brothers’ Fund accuses of having appropriated 5,000 BTC five years ago, claims that his client is innocent.

On Monday, during the trial, Shrem’s lawyer wrote the Winklevoss Capital Fund allegations are “nonsense” and his client “didn’t deal with offenses.”

The essence of the claims

According to media reports, in 2016, Shrem was tried for aiding and abetting an unlicensed money transfer business by sending $1 mln Bitcoins that ended up on the notorious Silk Road drug site.

According to the new lawsuit, which was filed in federal court in Manhattan in September 2018 but has become available only now, the Winklevoss brothers’ Fund hired Shrem in late 2012 to buy Bitcoins on their behalf.

The investment firm asks the court to withdraw these funds, which at the current rate will be more than $31.3 mln.

Klein states that the WCF arguments are groundless for two main reasons. Firstly, Shrem never owned the 5,000 BTC in question. As then-CEO of BitInstant, Shrem was actually handing them over on behalf of a mysterious investor known as Mr. X. Schrem claims that it was this investor’s funds that he transferred to cold storage, which is the most common way to keep BTC in an offline wallet.

Secondly, the WCF claims had to be filed within the appropriate legal timeframe — within two years of the discovery of the alleged fraud. According to Cameron Winklevoss’ court documents, the company first filed charges against Shrem in January 2013.

Both parties are to appear in federal court in New York on Nov. 8.