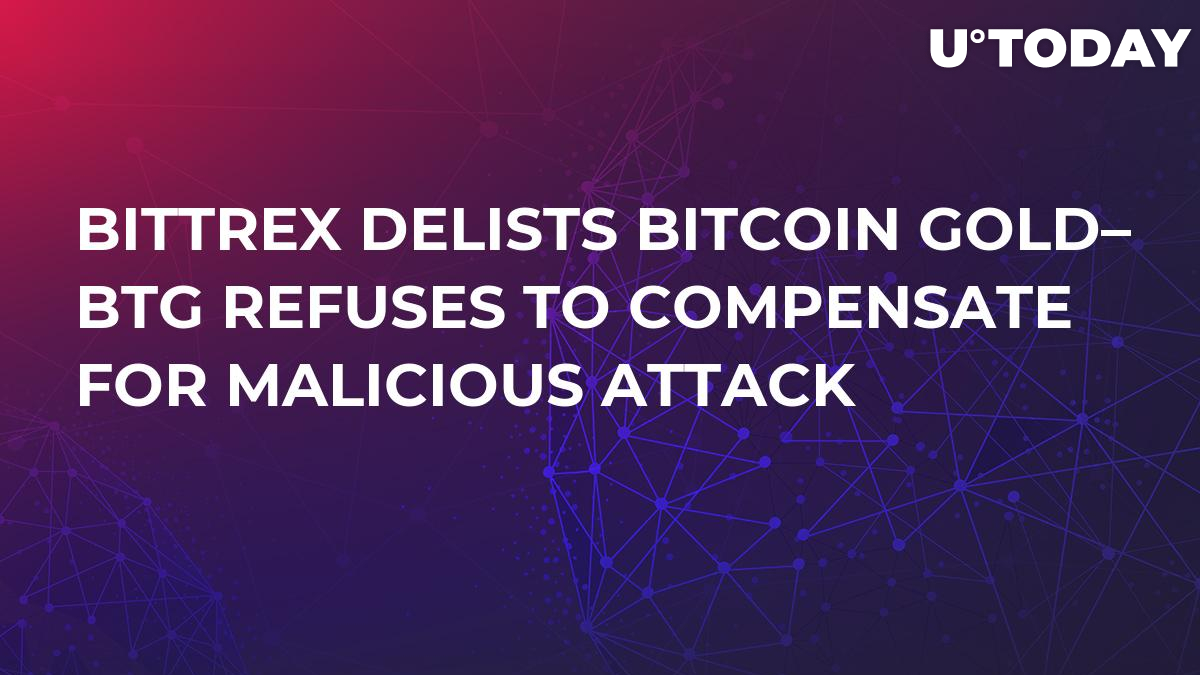 Replying to the numerous concerns that came from their supporters, the Bitcoin Gold (BTG) team published a post on Twitter. In it the team claims that BTG has been delisted because the coin’s team declined to compensate Bittrex slightly over 12,000 BTG (that is around $263) to reimburse the loss that the exchange had from the double spending attack on the BTG network.

Bittrex suffered a few malicious attacks in late May. The total amount of the finance lost was not disclosed.

Bittrex has been requesting the BTG team since the attack took place to take responsibility for their platform and compensate for losses partially. The Bitcoin Gold team disagreed, despite the fact that later Bittrex changed the demanded sum down to only 6,000 BTG. They reckon that the attack is not connected to their code or platform but it happened due to the faults in the Bittrex security scheme.

The coin’s team stated that after the double spending attack they gave the exchange the hacker’s wallet number and recommended that they should tighten their requirements for confirming transactions and also view deposits that are unusually large.

Finally, the exchange removed Bitcoin Gold from their traded asset list as of Sept. 1. The BTG team told their community that this action is not harmful to the coin’s rate since Bittrex provided only a small part of the BTG trading volume. According to the BTG team, it was Bithumb, Binance and a couple of other big crypto platforms that ensured the coin’s liquidity recently. Bittrex was not among them.

Coinmarketcap.com reports that Bittrex ensures slightly over $338,000 for BTG’s daily trading volume, whereas the total amount of it is $2,259,472. Thus the exchange is at the end of the list among the top ten trading platforms for Bitcoin Gold.

No comments from Bittrex have been published yet.