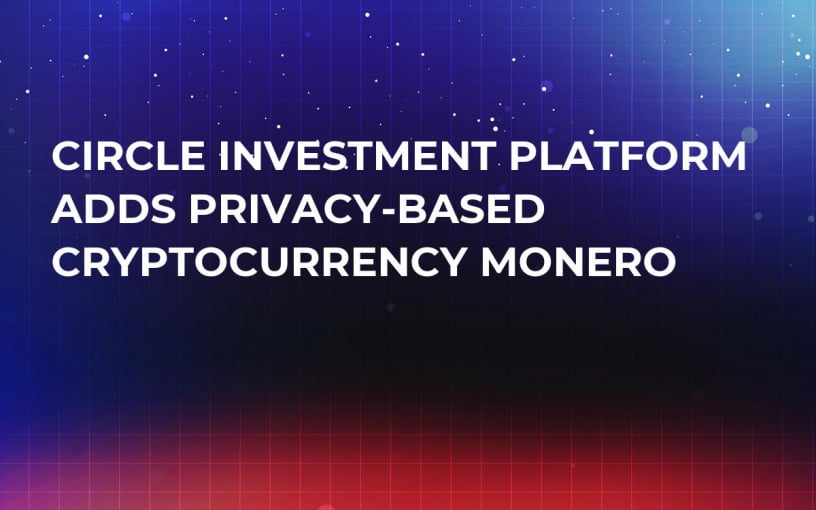 Boston-based startup Circle announced that it will add the cryptocurrency Monero (XMR) to its Invest application, Monday.

Users will now be able to purchase or invest in the privacy-based Monero cryptocurrency via its app Invest, the company said in a statement released on its blog.

“Today, we continue to grow our coin collection by supporting Monero as our new listed crypto asset. This brings our investable crypto assets to a total of 7 coins, making Circle Invest one of the only platforms you can invest instantly and seamlessly in the widest breadth of coins by using your bank account.”

Despite pressure from Japanese regulators discouraging its exchanges from listing the privacy coin due to its potential link to money laundering and illegal activities earlier this month, the currency has remained stable.

Monero has increased in value nearly 36 percent to $233.50 from $171.00 in the past month, according to data reported by Coinmarketcap.

Some experts say Monero has tremendous potential because it is one of the only cryptocurrencies in the marketplace that offers users worldwide wholly anonymous transactions.