Denys Serhiichuk
Can TRON (TRX) grow against the fall of the Top 3 coins? 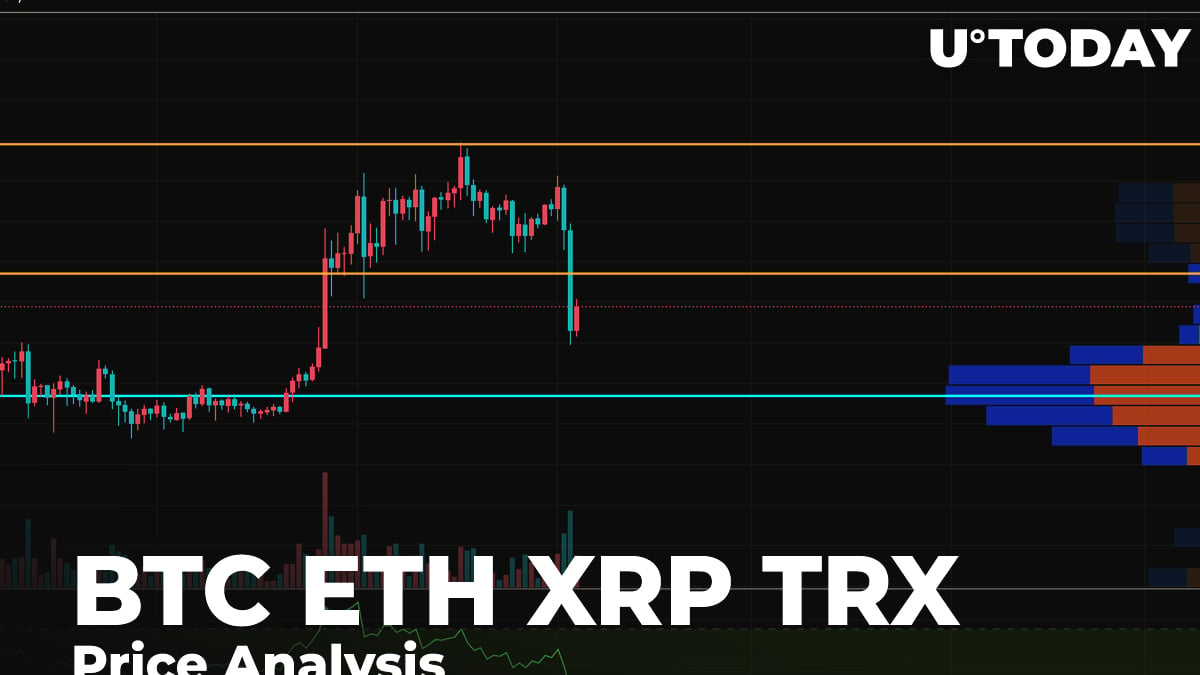 The bearish mood has become even more powerful as all of the Top 10 coins remain in the red zone. If yesterday Polkadot (DOT) was the only rising coin, today it is the main loser.

On the daily chart, a bullish divergence has been formed as bulls have shown their efforts at the $10,000 mark. It is too early to consider a reversal; however, slight growth is in the offing. In this case, the local resistance is at $10,855.

Ethereum (ETH) is more bearish than Bitcoin (BTC). The rate of the chief altcoin has declined by 4.10% since yesterday.

From a technical point of view, Ethereum (ETH) is trading similar to Bitcoin (BTC) as a bounce off is also the more likely price action. A further decline remains the main scenario, however, bears need more power to keep pushing the rate. All in all, $412 is a perfect mark for a false breakout.

The rate of XRP has decreased below Bitcoin (BTC) or Ethereum (ETH). The decline has constituted 1.89%.

On the 4H chart, XRP is also forming a reversal as part of a more profound decline. Even though a further drop is the more likely scenario, bulls might bring the rate of the third most popular crypto to $0.2656 soon.

TRR is the main "gainer" from our list as the price of the altcoin has declined by only 1.21% over the previous 24 hours.

On the daily time frame, TRON (TRX) has not reached the local support, which means that a further decline is possible. The selling volume is still high, as well as liquidity in the range of $0.025-$0.30. If such a scenario comes true, the drop may last until the mark of $0.032.