Denys Serhiichuk
Which altcoin can show the biggest growth in the short term? 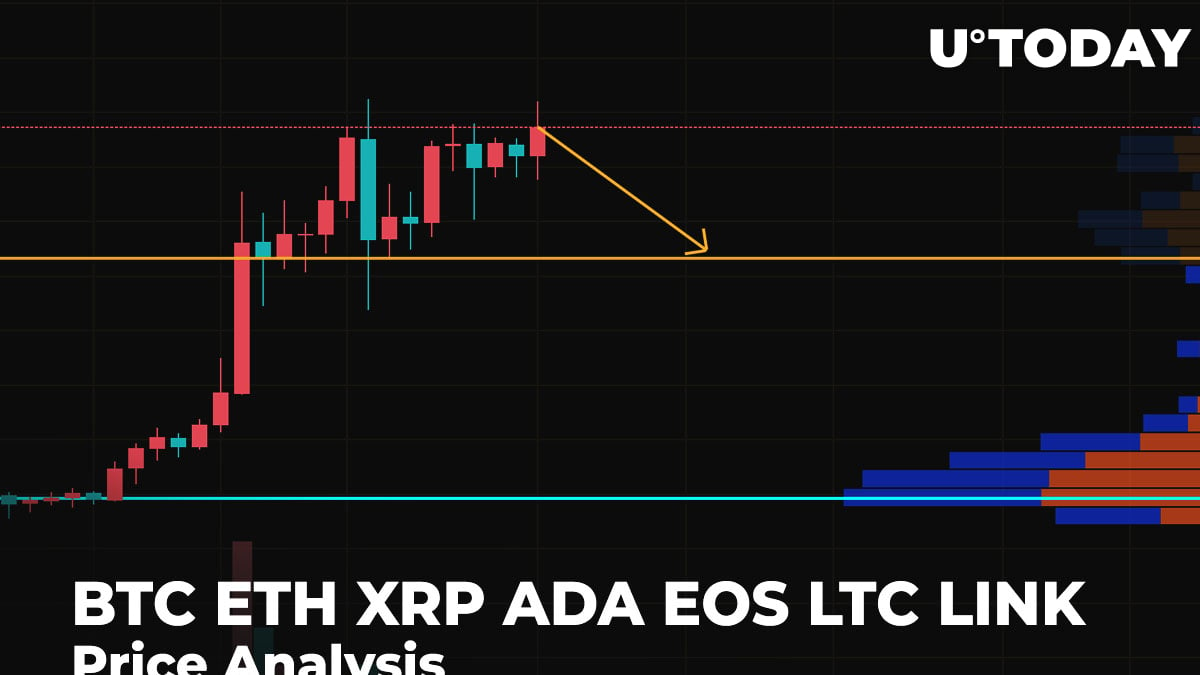 Bitcoin (BTC) has retested $12,000 today; however, most of the top altcoins have not only followed Bitcoin's move but may even outperform it. Importantly, XRP is the top gainer out of the Top 10 coins, rising by 2.12% since yesterday.

On the daily chart, the situation remains bullish for the leading crypto as Bitcoin (BTC) has bounced off the support at $11,500, having confirmed the intention to attain $12,000 again. However, the trading volume is constantly going down, which means that there is little chance for a continued rise if BTC reaches $12,000. For this reason, a more profound drop to $11,000 is likely to gain more energy for another bullish wave.

The Ethereum (ETH) rate has not increased as much as Bitcoin (BTC). The price of the leading altcoin has grown by 1.68% over the last 24 hours.

From a technical point of view, Ethereum (ETH) is also overbought like Bitcoin (BTC). The value of the Relative Strength Index indicator is above the 70 mark, which means that a drop is likely to occur soon.

Related
Ethereum (ETH) Price Is Likely to Surge to $470 After It Breaks $300, Major Analyst Believes

In addition, there is not enough liquidity to hold the rate at the current level. Bears may push ETH back to the area of $360 within the next few days.

Even though XRP is located in the green zone over the past 24 hours, it has lost 3.90% of its value over the previous 7 days.

On the 4H chart, XRP has bounced back to the local support zone at $0.2830 The trading volume is at a medium level; however, liquidity is high enough, meaning that short-term growth is more likely than a decline. If bulls can hold XRP above $0.29, there is a high chance of seeing the third most popular crypto trading in the range between $0.2950 and $0.30 by mid-August 2020.

Cardano (ADA) is the only crypto from our list that is in a bearish mood over the past 24 hours. The price change is -0.86%.

Besides the fact that Cardano (ADA) has lost almost 1% since yesterday, its bearish short-term wave might not have finished yet. The buying trading volume keeps decreasing and there is no reaction from bulls thus far. The long wicks may be due to the absence of power by bulls to keep the rise going, even though the long-term trend remains relevant. In this regard, bears are about to seize the initiative and get ADA back to the liquidity level around $0.13 shortly.

EOS is the biggest gainer from our list. The rate of the altcoin has risen by 4% since yesterday.

EOS is an exception to the rule to a certain extent. Although it is today's gainer, it still has growth potential. EOS has been located in the accumulation zone since the beginning of August and is about to make a breakout. Bulls may get the altcoin to the local resistance at $3.2450 soon.

The rate of the "digital silver" has not increased that much recently. The price change since yesterday has constituted just +0.99%.

Litecoin (LTC) remains in the bullish zone, but the trading volume keeps decreasing. This means that bulls are unlikely to update the peaks at the moment. If the buying volume increases, Litecoin (LTC) may continue the growth to the $60 mark and above. However, at the moment, the more likely price action is a retest of the $52 level followed by a further rise.

If a few days ago Chainlink (LINK) was the top gainer, today, the altcoin has not shown such high volatility. The rate of the coin has changed by 2% over the last 24 hours.

On the daily chart, Chainlink (LINK) is already in the overbought zone based on the value of the RSI indicator. The trading volume is not about to decline, however. Liquidity is low, so almost no buyers are willing to purchase the coin at the moment. For this reason, there is a high probability of a correction to $12 soon.