Denys Serhiichuk
Which altcoin shows a steady level of growth in the near future? 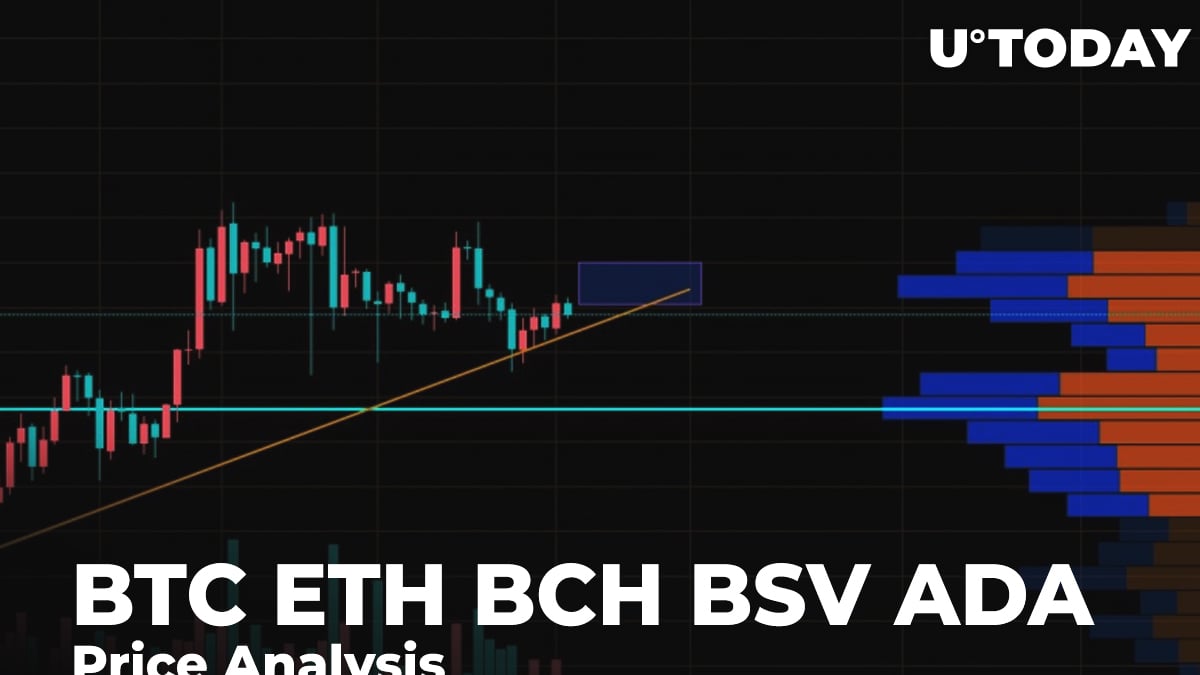 Yesterday's modest growth was a false one as the coins could not maintain the upswing. At the moment, all of the cryptocurrencies from the Top 10 list are in the red, and the biggest loser is the recent top gainer Cardano (ADA), whose rate has dropped by 3.68% since yesterday.

Bitcoin (BTC) continues to decline; however, the drop in selling volume decreases means that bears are not as active as they were before. Overall, the rate for the main crypto has remained relatively unchanged over the course of the week, falling 0.49%.

Bitcoin (BTC) is inching closer to the $8,800 mark, which is the last hope of a bullish trend. The bearish influence remains relevant, but sellers are unlikely to break it for the first time as this would be a long-term retest level.

In this particular case, Bitcoin (BTC) might bounce off the $8,800 mark, followed by a possible upswing to $10,000 depending on the bullish impulse.

A few days ago, Ethereum (ETH) declined against Bitcoin (BTC). Today, its rate has dropped by almost the same percentage as the leading crypto.

In terms of price action, the main altcoin continues to trade sideways. Based on the trading volume, the coin is unlikely to blast off anytime soon as there are no buyers or sellers. What is more, the Bollinger Bands are showing an equal power parity between the bulls and the bears. This is why the ongoing trend is likely to continue trading between the $215 and $225 range.

Even though Bitcoin Cash (BCH) has lost almost the same value as Bitcoin (BTC) and Ethereum (ETH), it is looking more bearish. The rate for the altcoin has gone up by 0.47% over course of the previous week.

Trading is taking place within the falling channel, which was formed at the beginning of April 2020. Currently, there is no strength by the bulls as the volume remains at the same level. This leads to a possible decline to the channel's bottom at $205. The following scenario might occur during the second half of Summer 2020.

At press time, Bitcoin Cash was trading at $220.

Bitcoin SV (BSV) has outperformed all the aforementioned coins as its price has declined by only 0.08% since yesterday. In terms of weekly performance, the coin has lost 2.06%.

However, today's relatively positive picture against other coins cannot save Bitcoin SV (BSV) from the ongoing drop. A bearish divergence has formed on the daily time frame, which means that the cryptocurrency has not yet attained the oversold zone. Respectively, one may consider the last drop to $130 before the bulls might show some strength for a bounce back.

Cardano (ADA) was a recent gainer recently; however, it might have already entered its correction phase. The rate for the crypto has dropped by 3.81% since yesterday.

Looking at the daily time frame, ADA wants to maintain its hold on the $0.095 zone but does not have enough strength for that as the trading volume continues to steadily decline. Besides, there is almost no liquidity at the current levels, which might be a bearish signal. To sum it up, Cardano (ADA) may finish the formation of the triangle figure with an endpoint at $0.088.