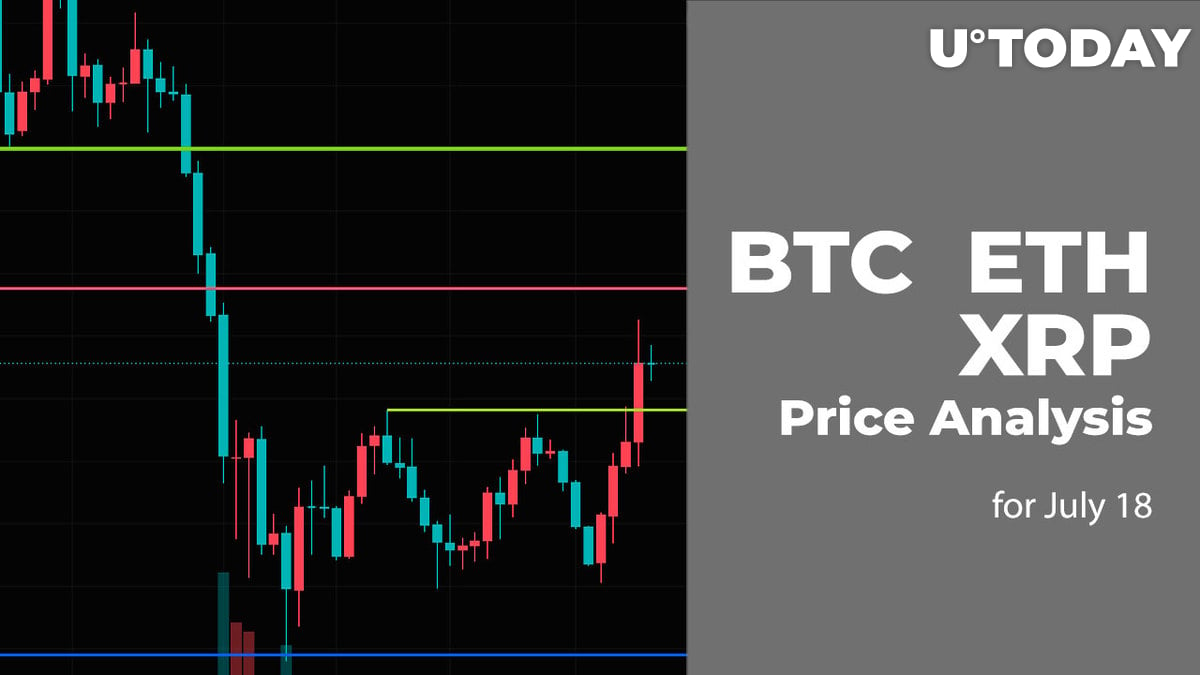 The new week has started with the continued rise of the cryptocurrency market as all of the top 10 coins are in the green zone. 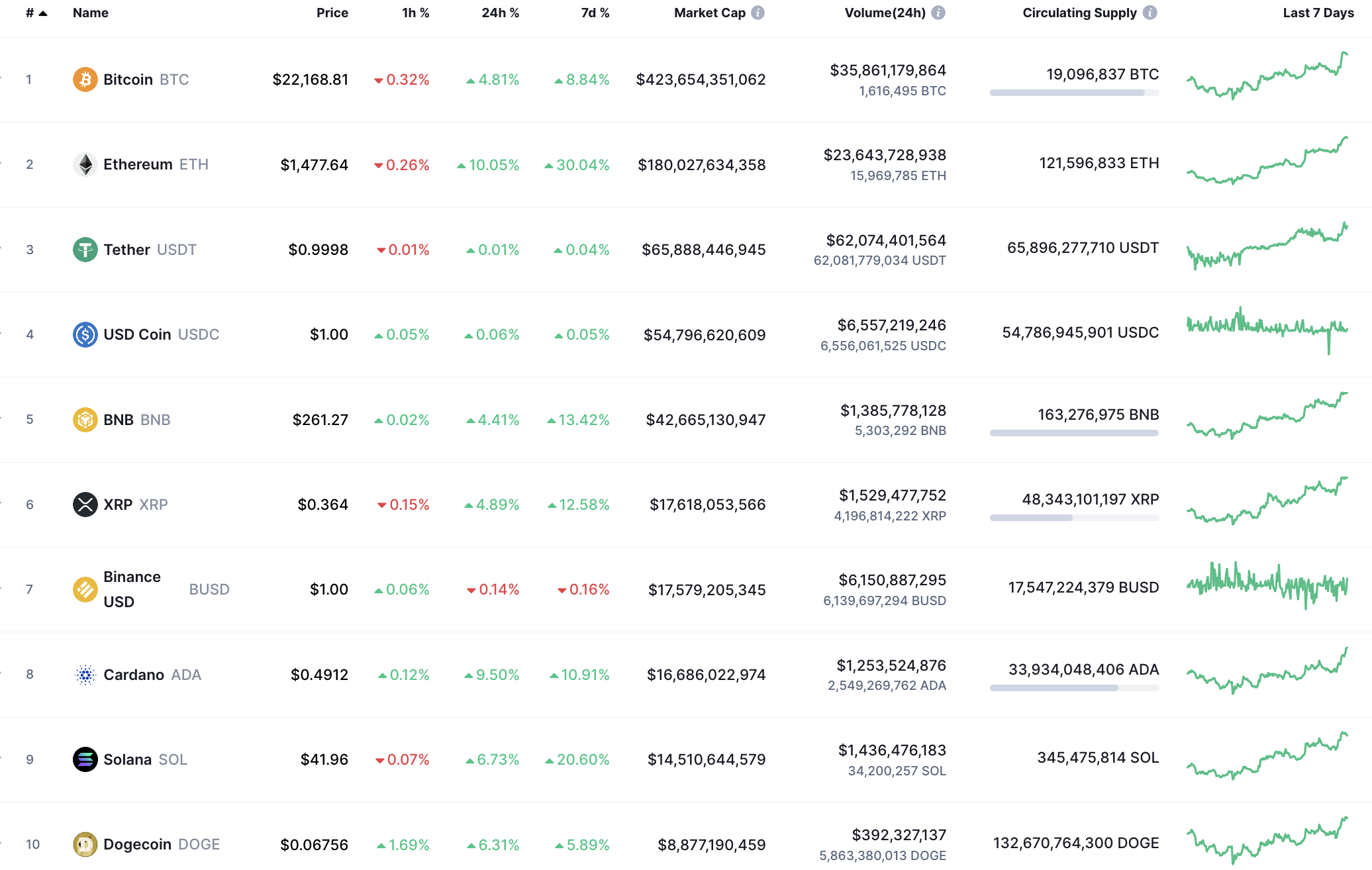 Bitcoin (BTC) is growing the least from the list today as the price has risen over the last 24 hours by 4.51%.

On the chart, Bitcoin (BTC) has approached the local resistance zone at $22,400. However, one needs to pay close attention to the daily closure. If the price fixes above the $22,000 mark, there are chances to see a further upward move.

Ethereum (ETH) is the biggest gainer from the list, rocketing by almost 30% since yesterday.

Ethereum (ETH) is trading similar to Bitcoin (BTC) as the price has reached the important $1,476 level. If nothing changes by the end of the day, the impulse may lead to the test of the $1,500 zone by the end of the week.

XRP has followed the rise of other coins, growing by 12.38%.

XRP has fixed above the $0.35 area, which means that bulls keep controlling the situation on the market. However, buyers might need more energy for a further rise as the volume has declined. In this case, sideways trading near the $0.36 level is the more likely scenario until the end of the month.