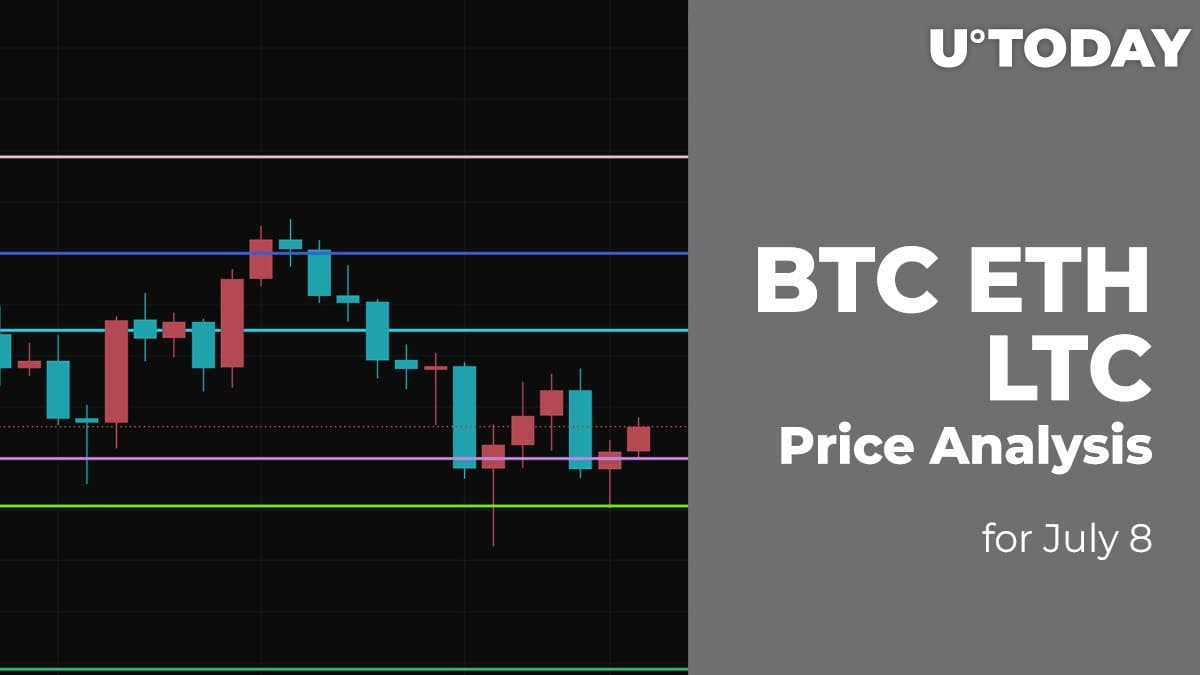 Coming close to the end of the week, bears have seized the initiative and all top 10 coins have come back to the red zone.

Yesterday, the Bitcoin (BTC) price continued to consolidate in a sideways corridor. After retesting the upper border of the range ($35,000), the pair returned to its lower value ($34,000). Tonight, the bears continued their decline and broke through the support line.

In the morning, the decline stopped around the $33,000 mark, but if the bears intensify the onslaught, the price of the chief crypto might roll back to the weak support of $32,000.

Yesterday morning, the Ethereum (ETH) price was able to test the resistance of $2,400, but buyers could not continue the recovery above this level.

In the second half of the day, the price returned to the area of average prices, and late at night, the bears broke through the support of the upward trendline, which kept the pair from a deep pullback for more than a week.

As of this morning, the decline has stopped at the level of $2,218, but if sellers intensify the onslaught, a pullback to the POC line is possible.

Litecoin (LTC) is also going down, falling by almost 9%.

On the daily chart, the 'digital silver' is on the way to the support at $124.This level was already tested before which means that if sellers break it, there is a high chance to see the continued drop to $105.