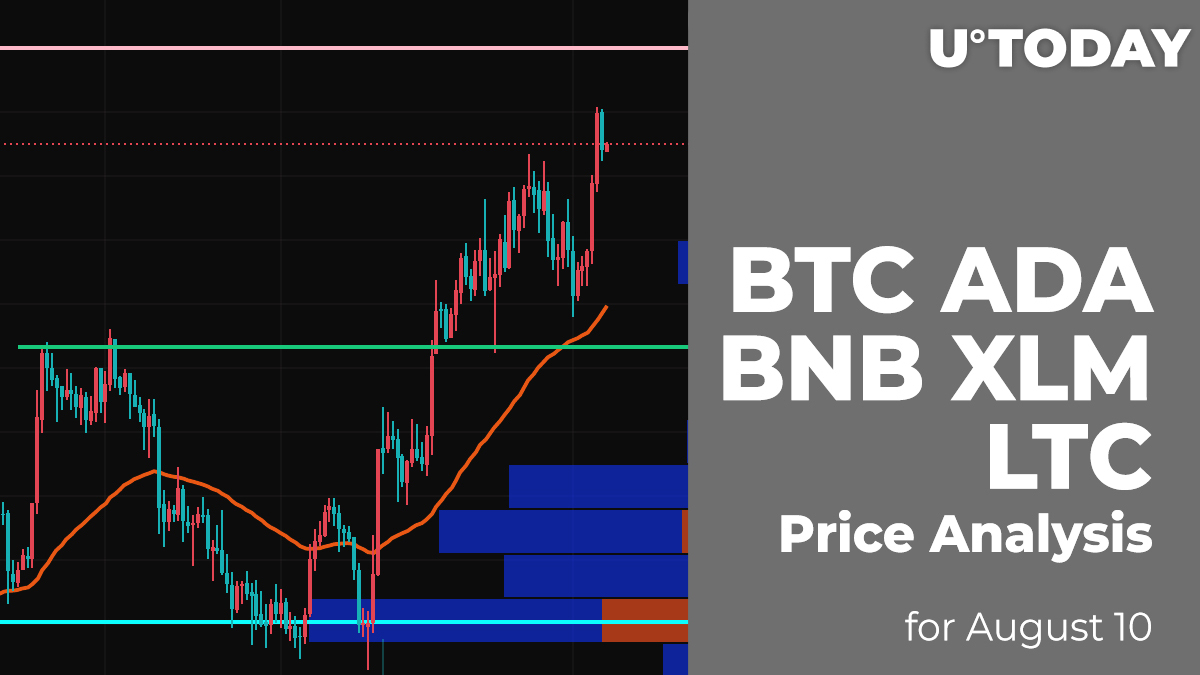 Bulls managed to stage a comeback after a market correction on Monday. as a result, all the top 10 coins are in the green zone.

The rate of Bitcoin (BTC) has been almost unchanged over the last 24 hours.

On the daily chart, Bitcoin (BTC) is trading near the resistance at $47,000. The trading volume is high which means that this zone is important for traders in terms of further price action. If bulls can break above the resistance, there are chances to get to $53,000 by the end of the month.

Cardano (ADA) is the biggest gainer today. Its price has rocketed by more than 6 percent since yesterday.

After the sharp spike, Cardano (ADA) remains bullish on the daily chart.

The altcoin has fixed above the $1.50 level, which served as the resistance before. Now, the more likely scenario is the continued growth to the next vital mark at $1.90.

Binance Coin (BNB) is also not an exception, rising by 5 percent.

From the technical point of view, Binance Coin (BNB) is trading similarly to Cardano (ADA) as the rate is slightly approaching the important $400 mark. The buying trading volume has reduced, which might mean that traders are accumulating power for another push. In this case, the growth may continue to the nearest resistance at $483.

Stellar (XLM) is underperforming compared to Binance Coin (BNB) or Cardano (ADA) since its price only moved by 1.51 percent.

Stellar (XLM) is looking bullish from the mid-term scenario as the rate has almost fixed above the level at $0.30 after a sharp decline. Respectively, one may expect the consolidation at the current level before the growth to the resistance at $0.3410.

The rate of the "digital silver" is approaching the $180 mark where the ongoing rise may be stopped for some time, so bulls could get more energy to keep the growth. If such a scenario takes place, Litecoin (LTC) may get to the zone around $200 by next week.