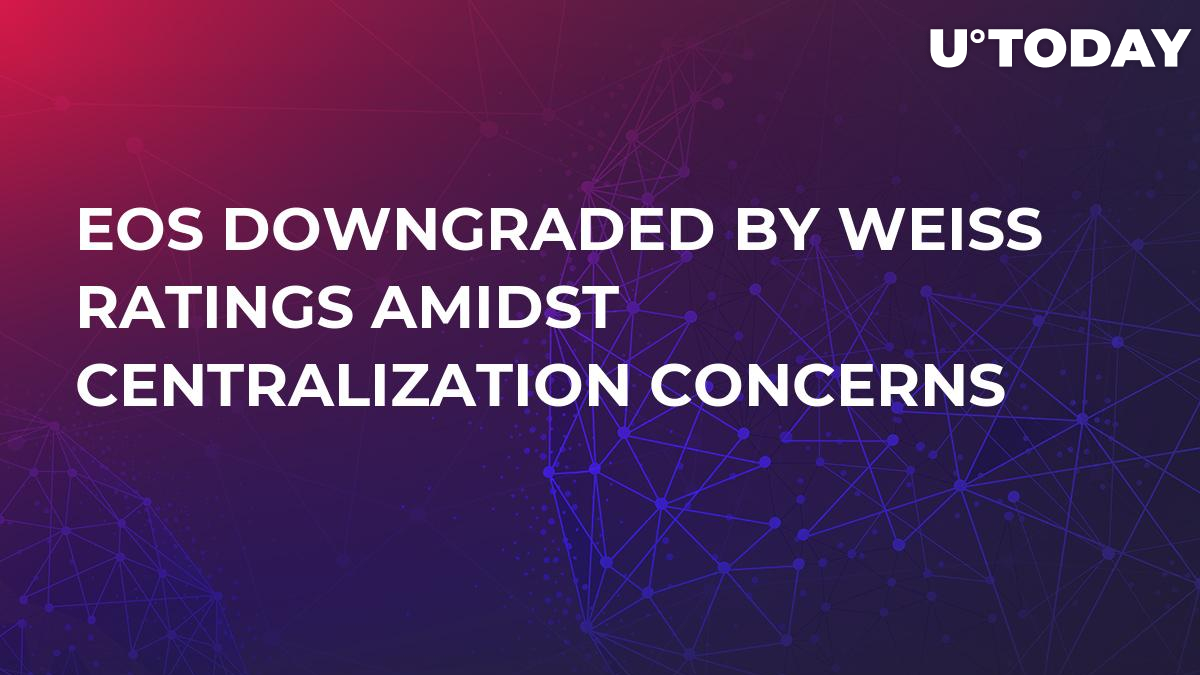 Weiss Ratings, the only reputable financial ratings agency that deals with crypto, has just downgraded the technology score of EOS. The news comes as the coin faces a new wave of centralization woes.

EOS DOWNGRADE: #EOS has serious problems with centralization, and their event last week did anything to alleviate that, so we’ve severely downgraded its technology score. It’s now up to #ADA to launch a truly decentralized #PoS #blockchain. No pressure.#crypto #Cardano #BTC

Related
EOS Is Even More Centralized Than You Think: Report

As reported by U.Today, EOS was named the best digital currency by Weiss Ratings, thus trumping Bitcoin and Ethereum. The coin managed to take the cake after getting the highest mark in the tech/adoption department. This recognition didn’t go unnoticed – the Ethereum competitor experienced a double-digit price increase shortly after the announcement.

However, the news about Block.one’s equity buyout recently amplified centralization concerns that have been plaguing the sixth biggest cryptocurrency for a long time. As a result, EOS now has an uncomfortable minus next to its A.

Related
Bloomberg Has Just Named Cryptocurrency Winners. Is Your Favorite Coin Among Them?

The agency claims that it’s Cardano’s turn to step into the breach and launch a “truly decentralized” Blockchain that is based on the Proof-of-Stake (PoS) algorithm. IOHK, which is spearheaded by Ethereum co-founder Charles Hoskinson, recently released the new Cardano roadmap.

Now, it remains to be seen whether Shelley, the project’s next development phase that is supposed to bring complete decentralization, turns out to be successful.

IOTA, another prominent Blockchain 3.0 project, got rid of its centralized coordinator with the help of the long-awaited ‘Coordicide’ update.