EOS Remains in First Place on China's Updated Crypto Rankings. What About Tron, Ethereum and Other Coins? 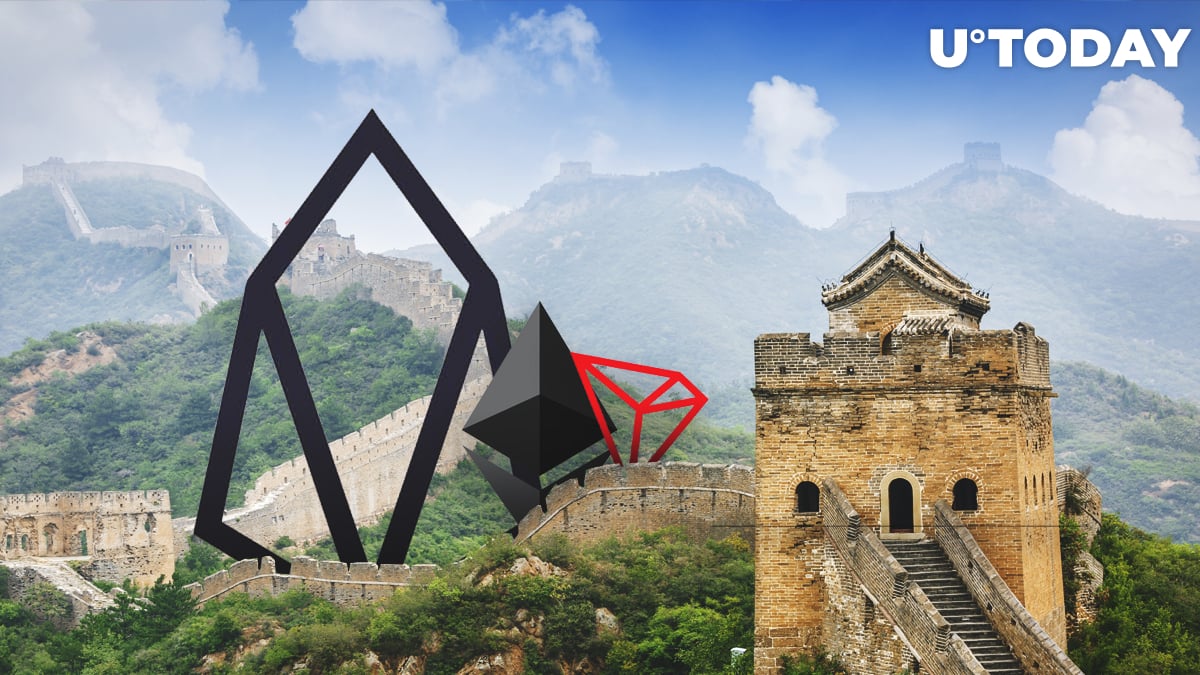 The Chinese CCID Research Institute has published its 14th update of cryptocurrency rankings, which gives each Blockchain project a separate score based on its technology, applicability, and creativity. The new list features 35 coins.

I do not know what’s their standard, but Qtum looks better than last time. pic.twitter.com/oyIx4hW25r

Unsurprisingly, EOS, the ultimate leader in the CCID's rankings, remains in the first place with 151.8 points. The coin experienced a slight decline compared to the previous report where it scored 153.1.

As reported by U.Today, EOS was also named the best cryptocurrency by Weiss Cryptocurrency Ratings, which provoked a massive spike in the token's price.

Meanwhile, Ethereum ceded ground to Tron -- these coins getting 141.0 and 135.8 points respectively. The second biggest coin by market cap is now below Tron in each department ave for applicability, but the difference is only 0.9 points.

The CCID uses an obscure methodology, which is not in line with other agencies, which made its ratings pretty much irrelevant.

However, with the latest news about China's President Xi Jinping embracing Blockchain and the massive surge of Chinese coins (Tron alone pumped by more than 30 percent), things have completely changed.

China has made it clear that it wants to have a dominant role in the Blockchain industry even though Bitcoin remains officially banned in the communist state.