Yuri Molchan
Analytics chart has revealed that Bitcoin SSR ratio has dropped to a record low. An expert analyst believes that this is good for BTC 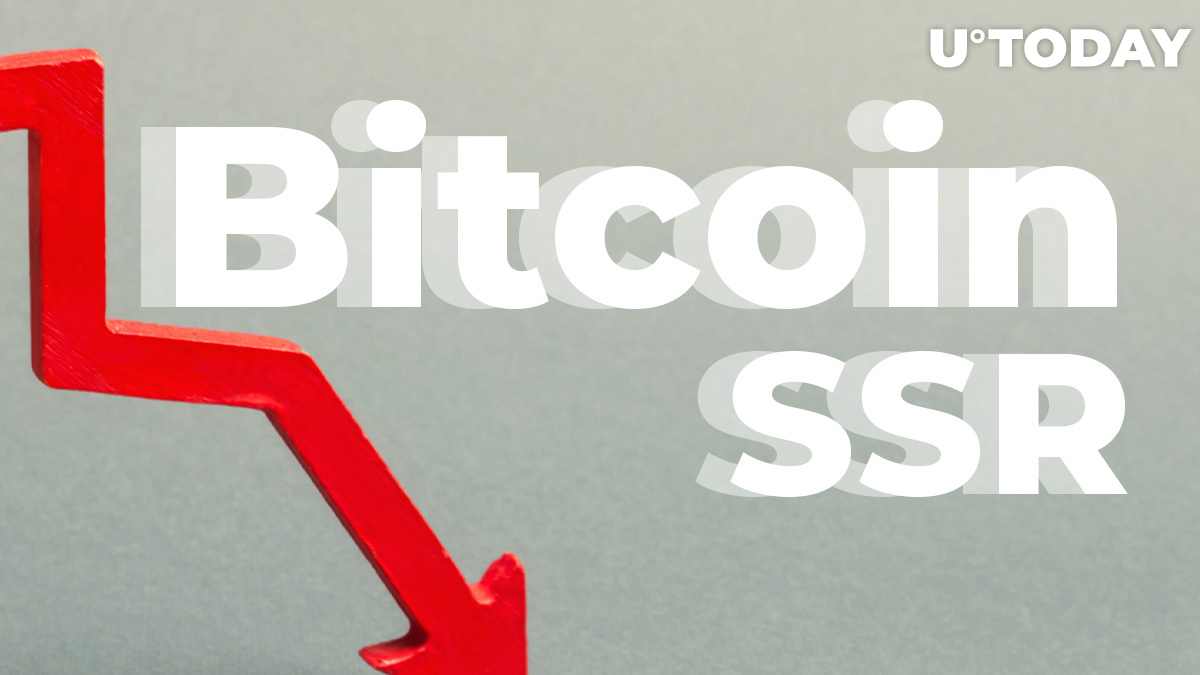 According to a chart provided by Glassnode analytics company, the Bitcoin Stablecoin Supply Ratio has declined, hitting levels lower than in fall of 2020.

This means that the purchasing power of stablecoins for Bitcoin has increased.

"Lots of dry powder on the sidelines"

The CIO of Moskovski Capital, Lex Moskovski, has shared a Glassnode chart that shows that the Bitcoin Stablecoin Supply Ratio has demonstrated a massive decline.

BTC SSR is the ratio between the circulating BTC supply and the supply of stablecoins denoted in Bitcoin.

The expert explains this as a bullish factor: if SSR dives deeply, the current stablecoin supply would possess greater purchasing power to buy Bitcoin.

There is plenty of dry powder on the sidelines, Lex Mosckovski adds—funds that can start pouring into the flagship cryptocurrency.

Another IT firm joins MicroStrategy in buying BTC

Documents filed with the U.S. watchdog, the SEC, show that major IT company Globant has purchased $500,000 worth of Bitcoin.

Earlier this month, Michael Saylor-led MicroStrategy announced a Bitcoin acquisition worth $10 million: not the first purchase this year or even in 2020.

Apart from these two IT giants, several other public companies have acquired the flagship cryptocurrency, putting it on its balance sheet; Nasdaq-traded Mercado Libre and Japanese-Korean game maker Nexon are among them.

After the recent tweet posted by Elon Musk, in which he revealed that he had met with the top executives of several leading U.S.-based Bitcoin miners, including Mike Novogratz's Galaxy Digital, and called the outcome "potentially promising," Bitcoin surged five percent: from the $31,000 area to $39,960.

The meeting was orchestrated by the aforementioned Bitcoin evangelist, head of MicroStrategy Michael Saylor, and the talk was about switching to renewable energy to reduce the carbon footprint.

Musk shared that miners have promised to publish data about their current usage of green energy and their plans to increase that amount.

Many Bitcoin influencers and average Bitcoiners, however, prefer to put the popular "FUD" label on the global CO2 emissions issue, letting the situation ride and accusing the Tesla CEO of spreading "fear, uncertainty and doubt" about the proof of work (PoW) consensus mechanism used by Bitcoin.