Yuri Molchan
While Tesla CEO has met with US BTC miners to discuss a switch to renewable energy, prominent Bitcoin hater Peter Schiff opines why this will likely make things worse 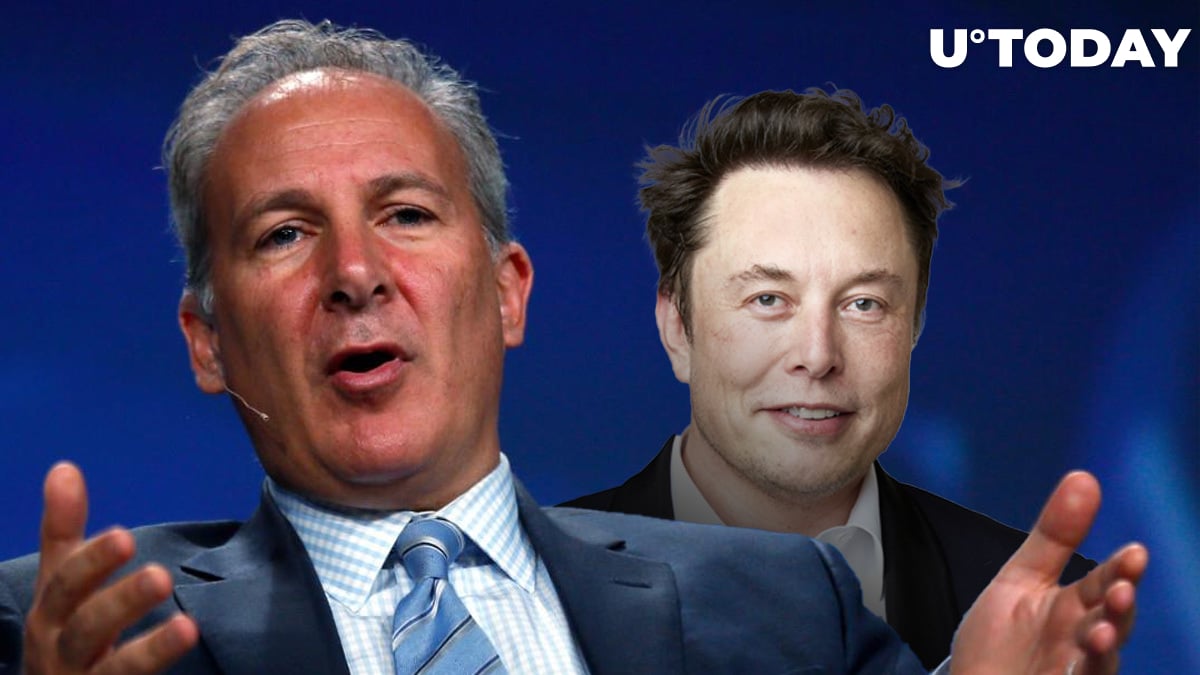 In a recent tweet, Elon Musk shared that he had had a meeting with U.S.-based Bitcoin miners and shared the positive results of this talk related to their commitment to start using renewable energy.

However, "regular" Bitcoin opponent Peter Schiff believes this will not help and will only make things worse for Bitcoin and waste more energy overall.

The head of Euro Pacific Capital, Peter Schiff, who always opposes Bitcoiners and shills gold as the only store of value out there, has taken to Twitter to have a say against Elon Musk's recent initiative.

The Tesla CEO intends to direct the Bitcoin mining industry, at least in the U.S., into renewable energy.

Musk has tweeted that he has spoken to U.S.-based Bitcoin miners, and they promised to disclose details of how they currently use renewable energy for mining and their plans to expand it in the future.

The gold bug Schiff, however, responded that these efforts will only make things worse for Bitcoin and its status as a currency.

In particular, the Euro Pacific Capital CEO mentioned "even higher" costs of Bitcoin mining and an increase in energy usage.

Barry Silbert, head of the Digital Currency Group, the parent company of Grayscale and mining pool Foundry US, did not mention having talked to Musk, nor did the Tesla CEO tweet about having met Silbert about the Bitcoin mining business.

Curiously, in his earlier tweet, Silbert wrote that potentially there might be one company standing behind the current energy Bitcoin FUD (fear, uncertainty, doubt). He did not name any specific "suspects" though.

CSO of Coinshares, Meltem Demirors, has recently said that this company is Ripple Labs, but Brad Garlinghouse denied it.

China cracks down on Bitcoin miners

As reported by U.Today earlier, the Chinese government has made another call for cracking down on the Bitcoin mining industry in the country.

That news made Bitcoin plunge twelve percent and then plummet further, hitting the $30,000 level (a price mark unseen since the start of the year) and BTC miners have started their exodus from China.

Earlier still, the People's Republic of China announced that starting from 2026, all high energy-consuming projects will be banned since the country wants to focus on reducing its carbon footprint.