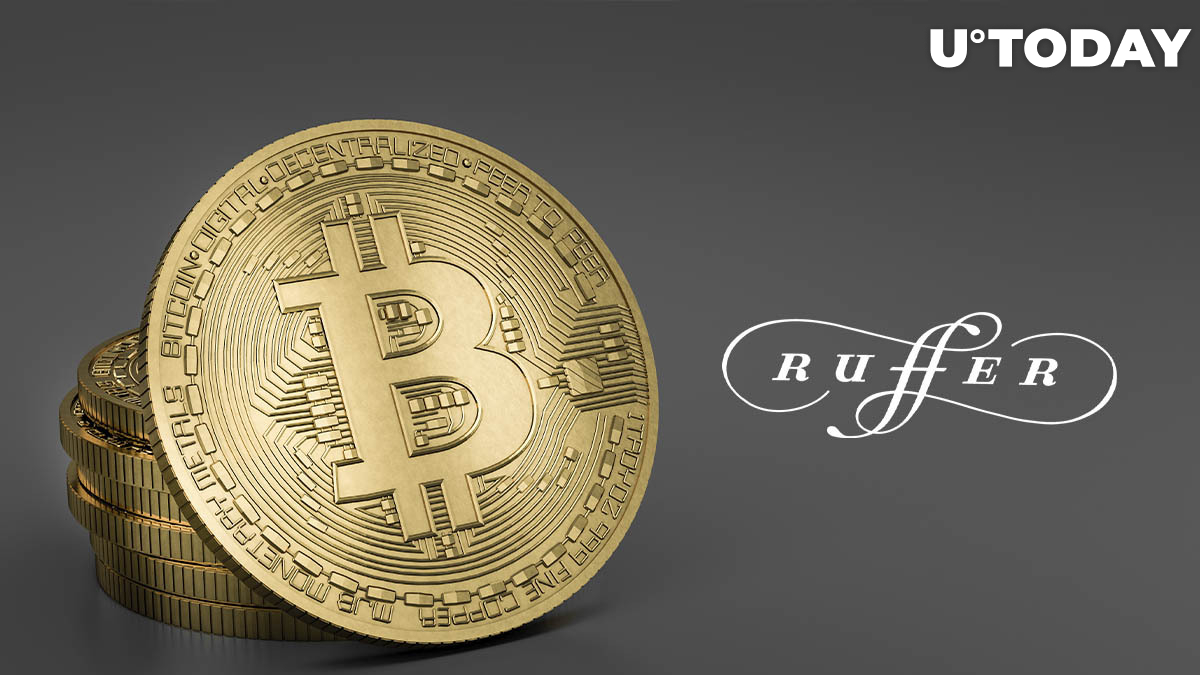 In its period end review, U.K.-based mega-manager Ruffer Investment revealed that its Bitcoin position is now up 90 percent.

On top of that, the firm also has exposure to 4,009 shares of MicroStrategy (MSTR) and 350,000 shares of Galaxy Digital (GLXY). The equities of these two companies outperformed Bitcoin by 10 percent in Ruffer's portfolio.

At the foothills of institutional adoption

As reported by U.Today, Ruffer initially gained exposure to Bitcoin via a multi-strategy fund back in November. The notable addition to its basket of assets was made public in mid-December.

The London asset management firm cut its gold holdings to dip its toes into its digital alternative, but the lustrous metal still accounts for a much larger share of its portfolio (seven percent).

While explaining the impetus behind its decision to have a "small but meaningful" Bitcoin allocation, Ruffer highlights that there is desperation for new safe havens when interest rates are nearing zero.

The investment firm believes that it was early to the party, and other institutions will follow suit:

We think we are relatively early to this, at the foothills of a long trend of institutional adoption and financialization of Bitcoin.

Ruffer treats Bitcoin's bad reputation as a "risk premium" that it expects to eventually pay off when it gets financialized:

If we are wrong, Bitcoin will return to the shadows and we will lose money - this explains why we have kept the position size small but meaningful.

The cryptocurrency's immense success over the past 12 years does not make it immune to risks, with UBS Global Wealth Management recently issuing a warning that it could ultimately go to zero if it is surpassed by a better cryptocurrency or gets regulated away:

Netscape and Myspace are examples of network applications that enjoyed widespread popularity but eventually disappeared.