Bitcoin Might Spike by 10% as Ethereum Already Flirting with $1,200, Here's Why 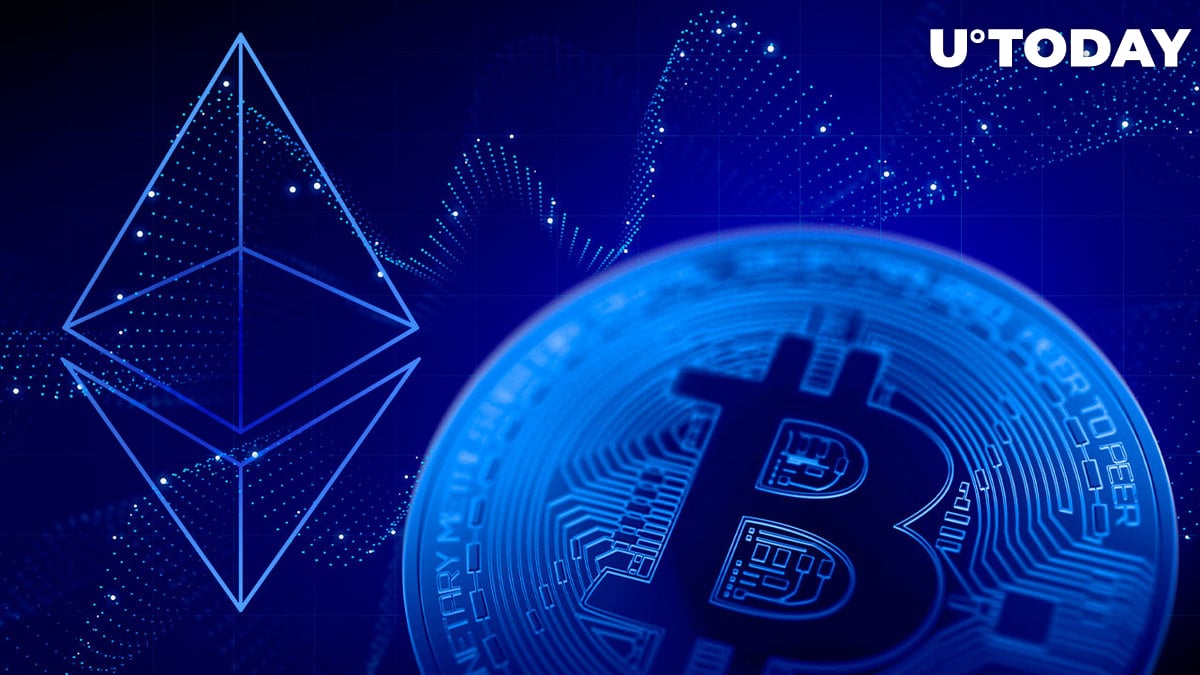 As U.Today has mentioned before, the U.S. Dollar rally is one of the main fuels of Bitcoin's selling pressure as the negative correlation between the two assets remains at an extremely high level, but the whole situation may change sooner rather than later.

The effect of the most recent rate hike and the overall hawkishness of the Fed pushed the value of the currency higher than the market would have expected. With the bleeding Euro, USD showed itself as one of the strongest currencies in the world, creating pressure on stocks and digital assets.

The 3% rally on DXY, which is high enough, considering the index's volatility, could come to the end according to the Relative Strength Index divergence and a cut-off between FOMC meetings.

Ethereum is getting ready for rally first

Some cryptocurrencies are not waiting for the U.S. Dollar's derailing and are already flirting with local resistance levels. For example, Ethereum has successfully reached the local resistance of $1,200, despite remaining pressure on the digital assets market.

Previously, U.Today has covered how ETH is getting ready for the fourth test of the upcoming technical resistance that it could not break for the last few months. One of the main factors that speaks in favor of an upcoming breakthrough is the fading volume of the current downtrend.

Institutions are also supporting Ethereum actively as the discount for Grayscale's Ethereum fund shrank massively, which shows that investors see Ethereum as an undervalued asset that may offer a greater return in the future, compared to Bitcoin.