Vera Yurina
Bitcoin has two main scenarios to actualize. Which one is more possible? BTC price forecasts from Twitter are here to clear it up 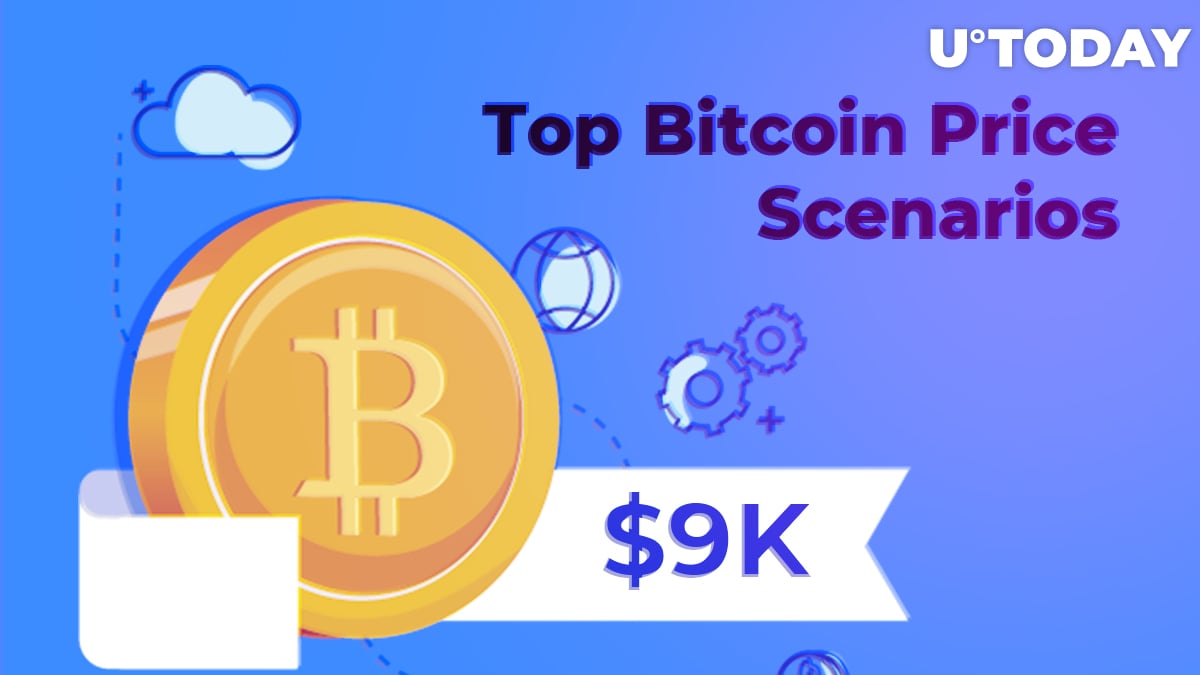 After the recent -12% drop, Bitcoin seems to have given up, so traders wonder in which direction it should go now – hit a couple of new highs, or finally make a retracement. Indeed, numerous technical indicators show different things, and it’s hard to say for sure. Let’s check out Bitcoin price predictions from Twitter users to see what they think about Bitcoin’s future, and which possible BTC scenarios are likely to come true.

This is one of the most popular versions. Many analysts and traders suggest that $8,000 isn’t the final high – BTC should spike higher. They claim that it will make one more jump before bears start attacking the market.

#Bitcoin has just made a higher high of 8370 and is headed to 9k! pic.twitter.com/R5sjpjqvTE

This is another perfect example of what the majority of people think:

Does she have one more pump in her?

If so, I could see something like this happening pic.twitter.com/EO93fIdaul

After hitting a level between $9-10K, BTC will nosedive to the bottom. Where exactly it will find it? That’s still a question.

Another question is whether BTC will be able to overcome the $8,300 resistance for good. This is a very critical level for BTC right now, especially when it fell to $7,200:

#Bitcoin about to pump as we remain above 8200 we test 8333 then could see a huge candle to 9k pic.twitter.com/Jv0H1HOqms

Some optimists still blindly hope that BTC will touch the $20K area in this run, which actually doesn’t seem possible anymore.

*Bullish confluence, and significant at that. pic.twitter.com/ACHlY7KTSw

Super-bullish moods can last for the next week, too.

To wrap up my plan for the next couple weeks, i'm gonna be bullish on $btc next week, super bullish on $btt for about a month probably, and then i'll just fuck around trading other alts with like 1% of my portfolio. #crypto #bitcoin #hodl pic.twitter.com/Tz4khgOc0R

But it’s rather an exception from the rule. Most traders understand Bitcoin doesn’t have enough power to do it right now.

Yes, it was be logical and expected – after such a significant jump, BTC should have retraced to accumulate new powers. Here’s what people suggested:

$BTC #Bitcoin What will happen in the near feature? nobody knows for sure, what I see is a potential double top and a bearish divergence on the RSI pic.twitter.com/QXKCpuKQrx

The famous parabolic curve that happens regularly during bullish period seems to have been validated. Here is the proof that this bull run is over for BTC, and we should be out of the market. Wait a bit to buy new coins on the bottom.

$BTC parabolic trend is broken. Bearish divergence played out. Correction is overdue. Bitcoin possible will drag down the altcoin market with it. I'm looking to buy back cheaper. pic.twitter.com/NtuZofbGOq

Related
BTC/USD Price Prediction — Bitcoin Has Soared by a Third

Finally, here’s the best piece of advice for traders:

We all know that the upcoming bearish period won’t be too dramatic. Bitcoin will overcome it, too, and reach new glorious heights soon.

At the moment, we have two major types of scenarios: