This Expert Is Standing by His $100,000 Bitcoin Price Prediction

Alex Dovbnya
After Bitcoin’s stellar performance in April and May, the $100,000 target doesn’t seem like a pipe dream anymore 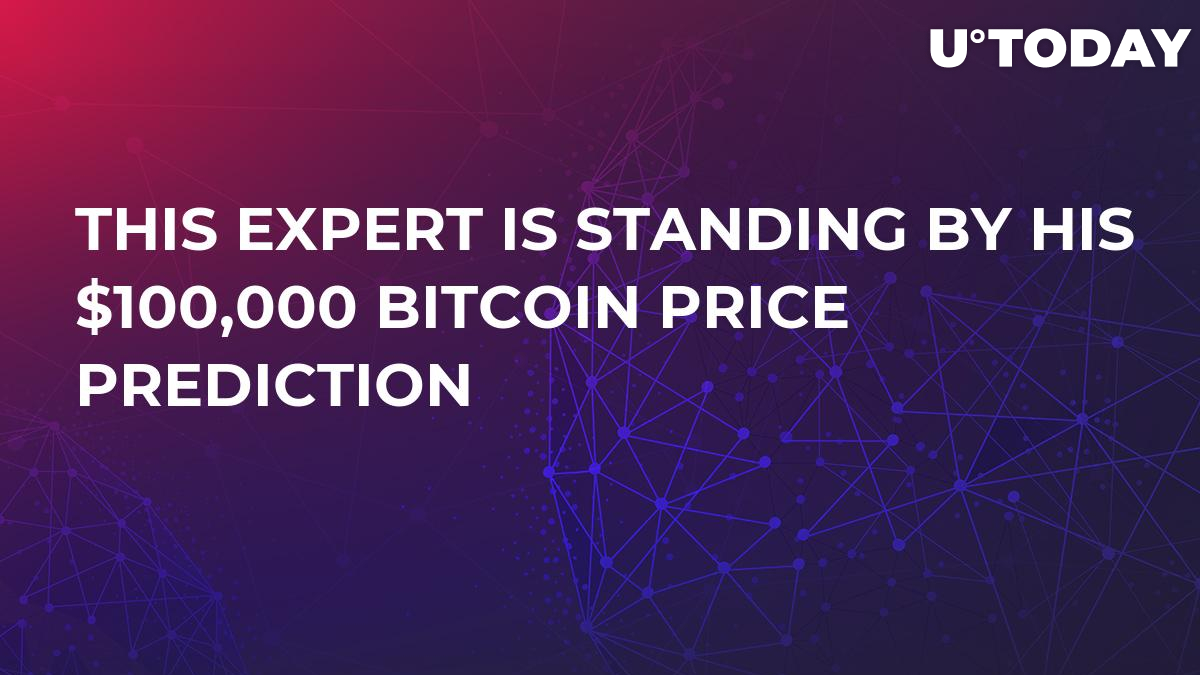 Max Keiser, who is known for this vitriolic critique of the US dollar, has always been among Bitcoin’s most ardent proponents. During his recent interview with Kitco News, Keiser reaffirmed his $100,000 prediction for 2019.

As reported by U.Today, Bitcoin is already the top-gaining asset this year, outperforming the S&P 500 by a huge margin. However, according to Keiser, the ‘crypto king’ is yet to reveal its full potential this year after surging by more than 83 percent in less than two months.

It is clear that BTC bottomed out in December when its price reached $3,200. Around the same time, the US Federal Reserve bank opted for permanent quantitative easing (QE), which was a surefire indicator for Keiser that the number one coin had already hit its lowest point.

Keiser points out the fact that Whole Foods and Fidelity are jumping feet-first into Bitcoin, which will drive mainstream adoption.

FOMO is going to jump to the institutional level. They’ve got big bucks. And now we are going to see some big moves.”

Warren Buffett doesn’t get it

Keiser also took a jab at Warren Buffett since he simply cannot adapt to the new digital era. According to Keiser, the Oracle of Omaha doesn’t have the wits to understand Bitcoin.

He’s [Buffett’s] too mired in his ways, he can’t adapt, he’s not agile, he hasn’t got the brain power for it [Bitcoin].”

Buffett, who has a net worth of around $84.2 bln, infamously called Bitcoin ‘rat poison squared’. Recently, he came up with a new metaphor – a ‘seashell’.