Yuri Molchan
Crypto trader shares data revealing that since January of last year BTC has outpaced the share price of market giants, such as Tesla, Apple and Facebook, as well as gold 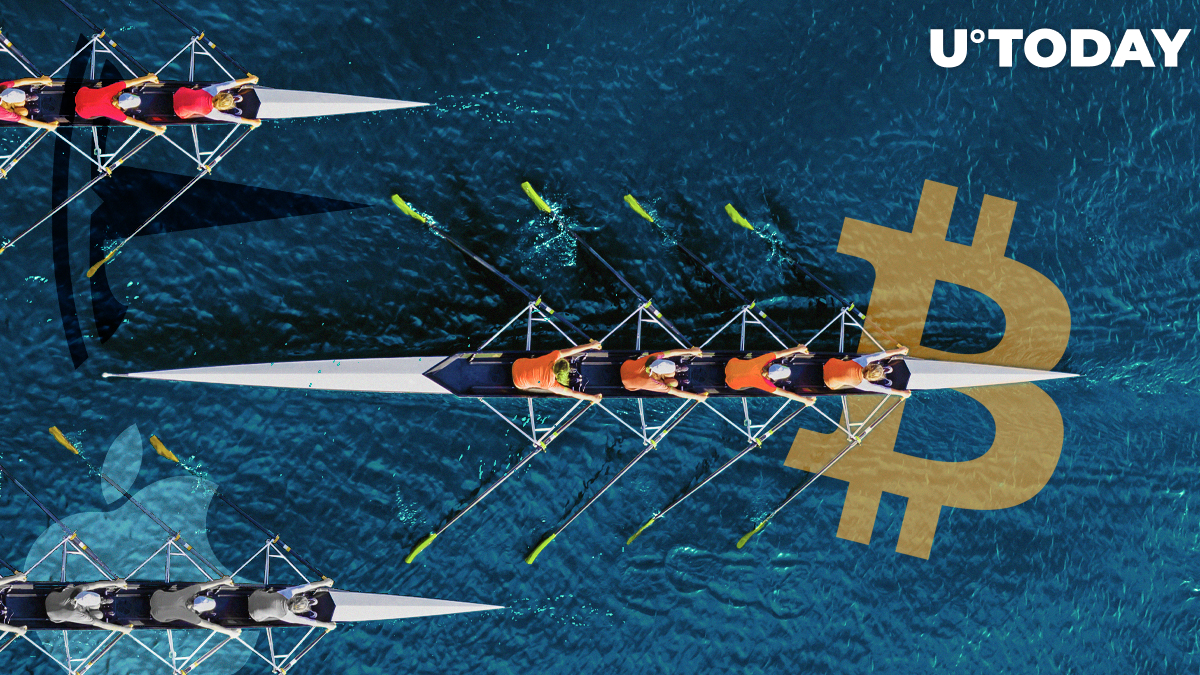 Now, a crypto trader has stated that BTC has outperformed the share prices of global heavyweights and gold, itself.

Trader and investor @BTC_Macro has tweeted that over the last year Bitcoin outpaced such global giants as Facebook (with its unsuccessful Libra project so far), Apple, gold and Tesla (with its cyber truck launched in 2019).

As per the trader, Apple has done the best among these companies (gaining 115 percent), followed by Facebook (+85 percent) and Tesla (+80 percent).

“BTC remains the greatest investment opportunity in the world.”

Related
Your Bitcoin (BTC) Should Be Seized to Pay for 'Climate Reparations,' Says Security Consultant

The digital assets director at VanEck, Gabor Gurbacs, has tweeted that over the past weekend traditional markets were closed down. However, last week, as well as now, the Chinese coronavirus has been impacting both the Chinese and the US stock markets negatively.

However, Gabor Gurbacs says that Bitcoin has added eight percent to its market value. He believes this is enough to consider BTC a safe haven.

Meanwhile, Peter Schiff keeps insisting that Bitcoin is not money. Nor is it a store of value, he tweeted.

"I was right that it's not money, as it's neither a medium of exchange nor a store of value.”

‘BTC must succeed without wars or viruses’

Some in the crypto community believe that being happy with BTC rises during global disasters, such as wars, viruses or economic instability is not right.

Many experts think that the recent events, such as the US-Iran conflict, the US-China trade war and now the Chinese coronavirus are helping the BTC price grow and remain at the new highs.