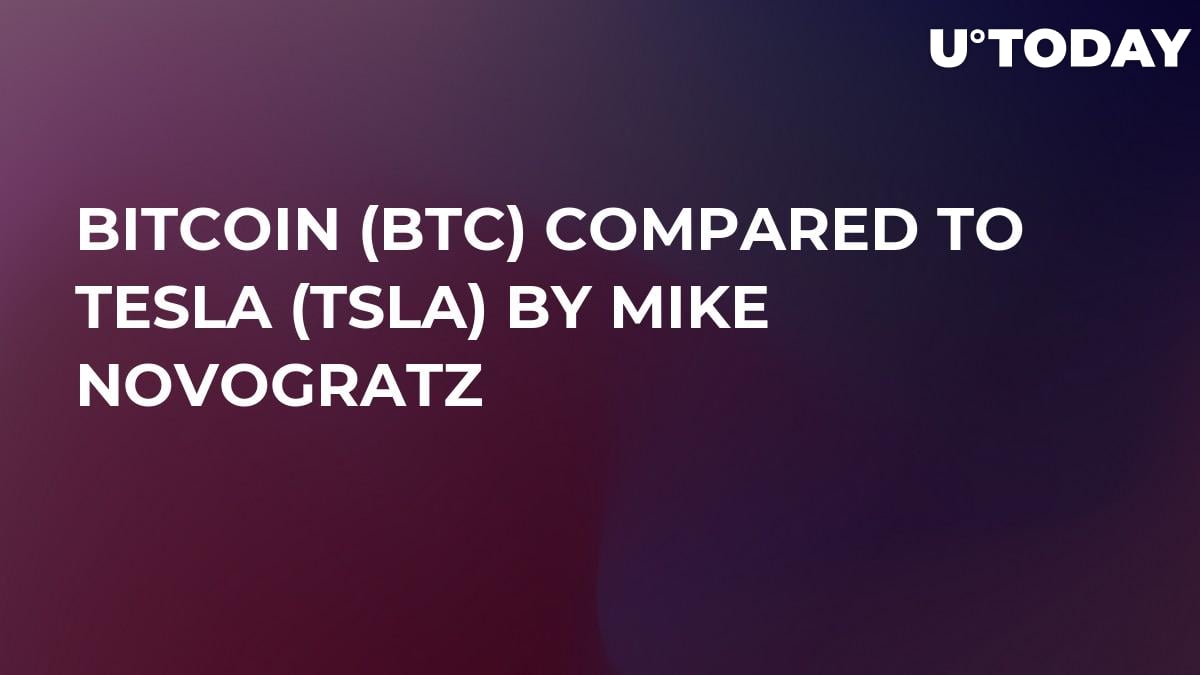 Tesla's surging stock continues to drive investors crazy, and Mike Novogratz, the CEO of crypto bank Galaxy Digital, has a feeling that he has definitely seen something like this before.

In his latest tweet, the Wall Street veteran compares Elon Musks's winning streak to Bitcoin's bull run in 2017 that made everyone and their uncle talk about cryptocurrencies.

Just like Bitcoin, Tesla was on the verge of a total collapse in 2018. Musk himself acknowledged that the electric carmaker was facing bankruptcy that year as it was struggling with the production process of its Model 3 sedan. Meanwhile, the BTC price collapsed by more than 84 percent by December 2018.

2019 was also a tough year for Tesla with its stock getting absolutely clobbered it May. At one point, it was the most shorted stock on the US equities market. Bitcoin, despite hitting its 2019 high of $13,888 in June, spiraled down all the way to $6,500 in December.

Both TSLA and BTC started 2020 with a blast, defying critics' doomy predictions. The market capitalization of Telsa has just reached $104.5 bln, thus surpassing Volkswagen AG. This came after TSLA swelled by more than 40 percent this year to its recently updated all-time high of $586.

Bitcoin (BTC) has so far gained 20 percent this year, currently trading at $8,667. Considering that BTC surged 383 percent to hit the top of the second pre-halving cycle, the top crypto still has plenty of room for growth until miner rewards get cut in half in May.

That said, not everyone should be excited about the comparison. As reported by U.Today, infamous Tesla shorter Mark B Spiegel implied that both TSLA and BTC are detached from reality while claiming that the latter is yet to prove itself as anything more than a tool for gambling and money laundering.