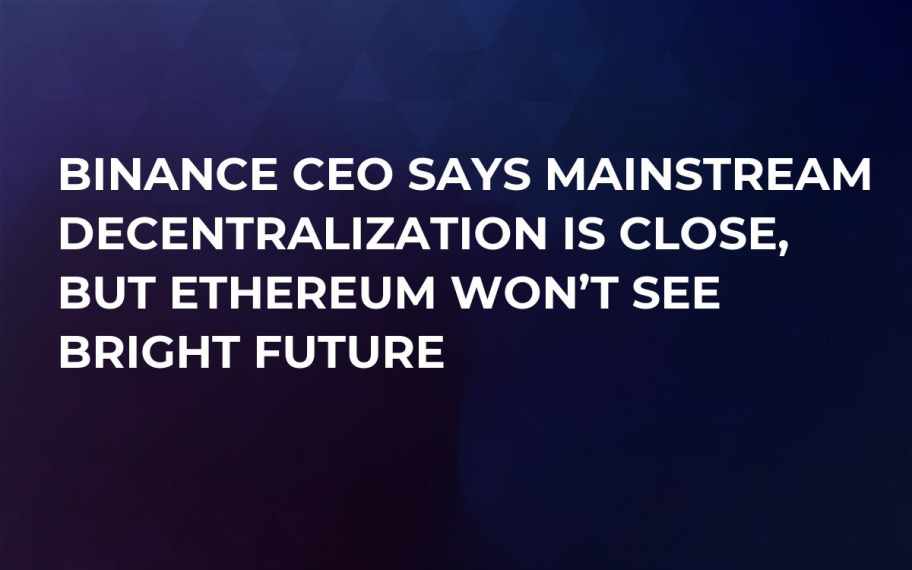 Changpeng Zhao, the CEO of the leading Hong Kong-based cryptocurrency exchange Binance, is certain that the currently existing Blockchain technology is not efficient enough to achieve a long-lasting success. During his interview, Zhao also discussed the future of decentralization and Coinbase beef rumors.

Right now, the whole industry is waiting with bated breath to see if EOS or any other platform that utilizes smart contracts will be able to dethrone Ethereum in the nearest future. However, Zhao has a different take on that– he is certain that the existing general purpose Blockchains will hand over their dominance to specialized ones. The executive director draws a parallel between Blockchains and mining hardware: ASIC chips, which are specifically designed for mining purposes, gradually replaced GPUs. Similarly to this, specialized Blockchain with bespoke ledgers will eventually push slow Ethereum and EOS into oblivion due to their low speed.

Complete decentralization is on the horizon

Zhao admits that decentralized applications (dApps) are still at an early stage of development. That is why they are not user-friendly enough for mainstream adoption. However, he claims, we can expect to see many new dApps that will cover such spheres as messaging, gaming and e-commerce as early as in 2020.

Zhao, while being behind the biggest cryptocurrency exchange, claims that he does not hold grudges against other platforms. Despite the common belief that the crypto market is oversaturated, he is certain that there is always a room for healthy competition. The Binance CEO particularly mentioned Coinbase while saying that he has very good relationships with this leading American exchange. Moreover, Zhao appreciates the fact that Brian Armstrong’s company has put so much effort into legitimizing cryptocurrencies in the US. As of now, Binance will not be trying to elbow out Coinbase on the American market.