David Dinkins
In the face of Trump’s tariffs, it’s beginning to look like China shouldn’t have cracked down on Bitcoin mining after all 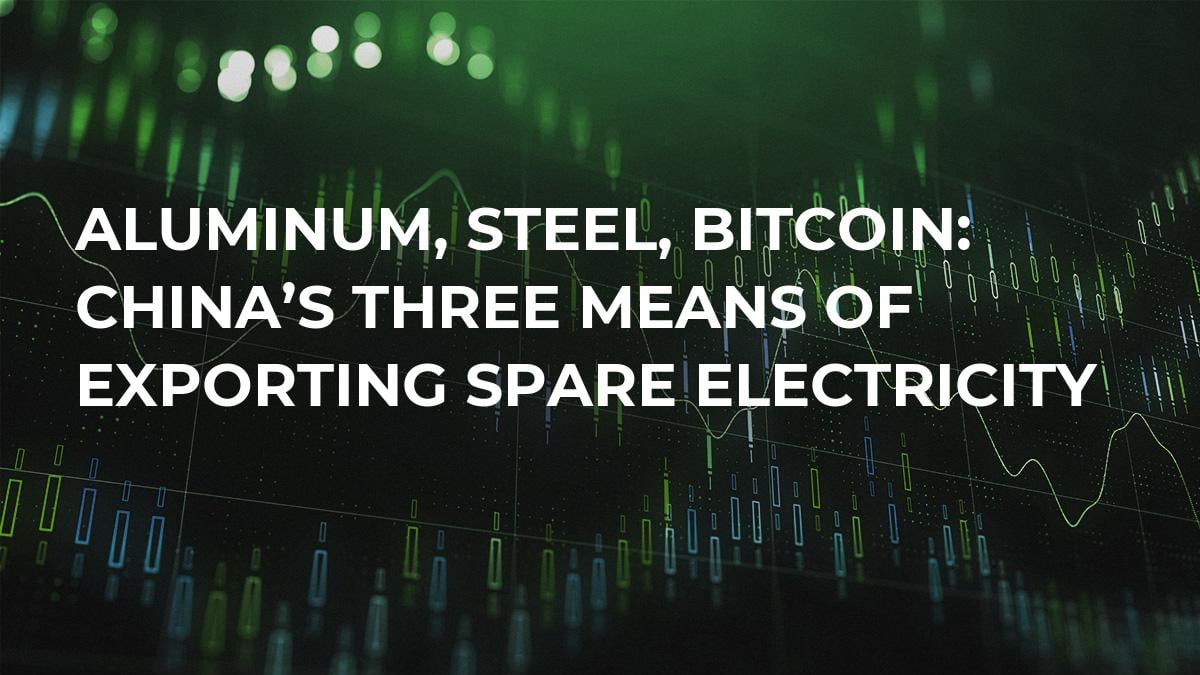 President Trump’s recently-announced tariff on aluminum and steel imports has generated significant controversy and consternation, both in the US and abroad. It might surprise our readers to find that Bitcoin has something in common with the aluminum and steel industries. In fact, all three industries are notable in that they essentially convert spare electricity into an exportable product, according to the Washington Post.

China is brimming with spare electrical capacity, as hydropower has been scaled up drastically and new coal-burning plants are being built like they’re going out of style. In fact, the Post reports that since 2001, China has added more electrical production than the rest of the world put together. By 2020, the US is expected to generate 4.2 tln kilowatt-hours, about the same as it produces now. China, on the other hand, will produce about 6.8 tln kilowatt-hours, according to estimates.

China is producing more power than can possibly be used under ordinary circumstances, and it’s impossible to store or export electricity at that scale. However, the Chinese cleverly found a way to take all that cheap excess energy and monetize it, by turning it into aluminum, steel and Bitcoins. After dealing with fixed costs, all three industries have very low input costs (Bitcoin has none). In fact, the overwhelming majority of the cost of producing aluminum is the electricity needed, causing some to call the metal “congealed electricity.”

As a result of turning the country’s excess electricity into aluminum and steel, the entire international market has been thrown into upheaval. China makes more aluminum than the rest of the world combined. In 1993, the US had 23 aluminum producers; today, there are only two left.

It’s not surprising that China’s Communist government eschewed a digital currency that gave so much power back to the people. After all, China’s president just abolished presidential term limits, effectively transforming himself into a lifetime ruler. Is it any wonder that he, and his officials, are opposed to citizens taking economic power into their own hands?

Still, it’s unfortunate, because Bitcoin is an ideal way to convert unused electricity into an exportable economy. Before the government crackdown earlier this year, China produced 75 percent of the world’s newly-mined Bitcoins. While Bitcoin is still a small industry compared to steel and aluminum, it was a highly effective way to monetize some of that spare electricity.

Now that China has effectively banned all Bitcoin trading and has severely handicapped Bitcoin miners, the country has no choice but to continue expending its excess electricity in the manufacture of aluminum and steel. Unfortunately for Chinese industry, that production will now be met with significant tariffs upon export to the US.