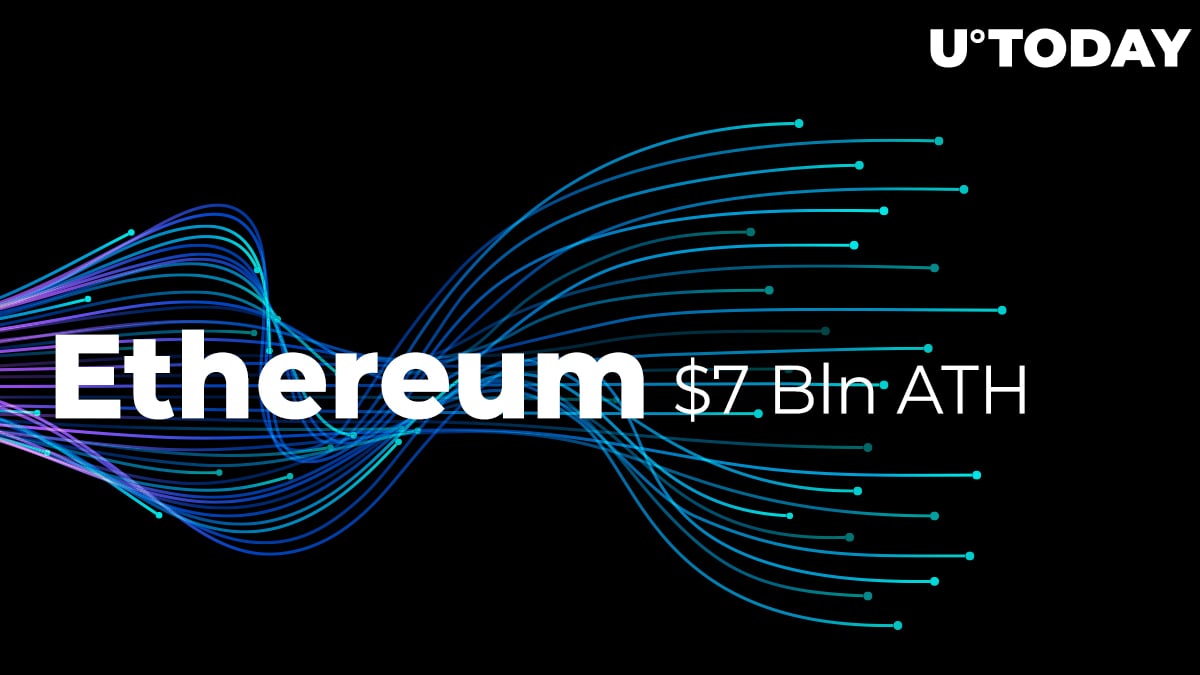 Glassnode analytics provider has shared a chart showing that the total amount of capital flow into Ethereum has hit a $7,000,000,000 high.

Glassnode analysts have announced that Ethereum’s Aggregate Security Spend metric (also known as "Thermocap") has surged to the level of $7 bln.

"Thermocap," as they explain, is the total amount of rewards paid to miners for finding new blocks and it can be used to measure the actual amount of capital flow into Ethereum.

On the chart, the curve has been rising exponentially since May 2017, taking another rise in November 2018 and July 2019.

Some in the comment thread disagree with Glassnode, stating that the metric is purely about the cash flow generated by the Ethereum network.

Glassnode also shared that the amount of non-zero addresses has hit a new all-time high of 44,760,845.

Now, as ETH has reached the $392 level and the launch of the major Ethereum 2.0 upgrade is drawing closer and becoming more real, new investors and users are entering the market.

Ethereum 2.0 expected to give the network a boost

Previously, U.Today reported that analysts expect the implementation of ETH 2.0 to improve Ethereum’s performance as a whole.

Among other improvements, one of the major ones will be the transition of the network to the proof-of-stake consensus protocol from the proof-of-work it is currently using.

Besides, after ETH 2.0 is implemented the issue of scalability is expected to be solved. The chance of a network clog should be much lower since Ethereum will be less dependent on miners. They will gradually be pushed out completely, since data on the network will be processed by staking.