900 Mln XRP Goes Back to Escrow After Ripple Released 1,256 Bln Coins On January 1 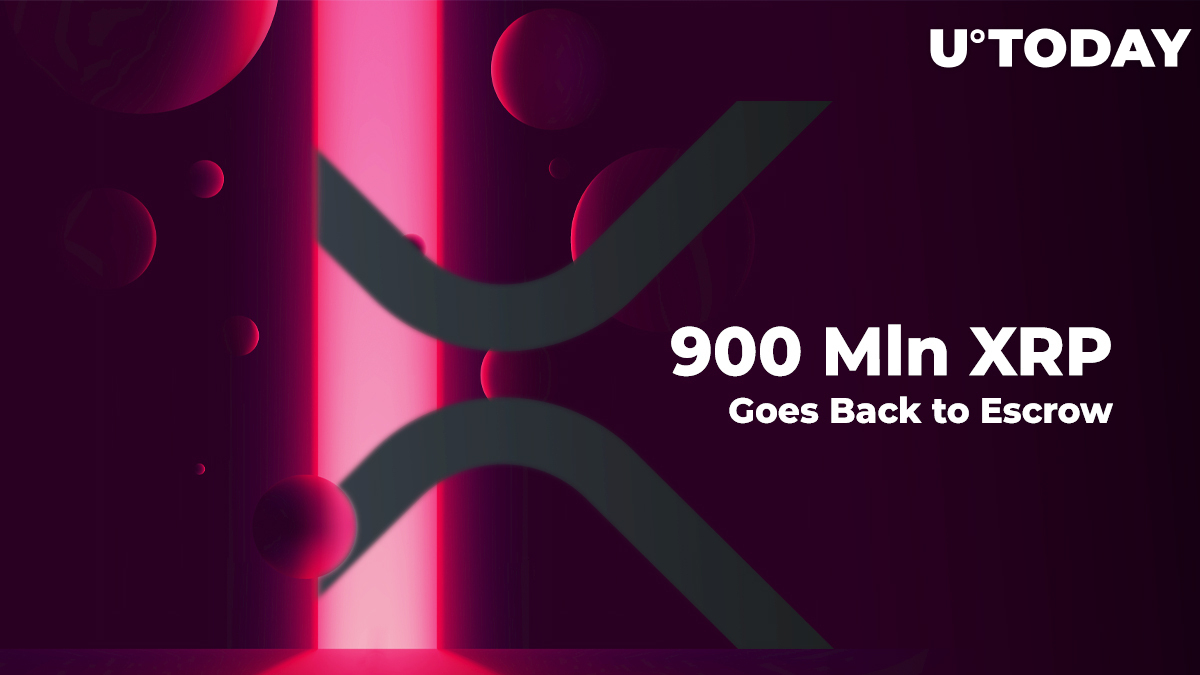 Now, Ripple sends 900 mln back to escrow. What has happened to the remaining 100 mln XRP, the community asks in the comment thread to the Whale Alert posts.

Ripple lets go of 1,256 bln XRP but not completely

On the first day of 2020, Ripple transferred 256 mln XRP to a Funding Wallet 1 which allegedly belongs to Chris Larsen, a company’s co-founder.

Several hours later, a ‘regular’ billion XRP was released from Ripple’s escrow as it usually happens on the first day of the month. Each time, when such a massive amount of XRP is released and Whale Alert reports it, users in the comment thread accuse Ripple of dumping the coins to the market and keeping its price low.

At press-time, XRP is sitting at $0.19 (as per CoinMarketCap) but an analyst recently made a prediction that the coin’s price may regain the $0,30 level, coming out of the Falling Wedge pattern.

Now, 900 mln XRP returns to Ripple’s escrow and XRP community members in the comment thread keeps asking – what has happened to the remaining 100 mln.

Commenting on such XRP releases, the founder of Quantum Economics, Mati Greenspan, stated that Ripple has two main issues to do with XRP – Ripple holding a large amount of XRP and selling it regularly and the fact that most of Ripple’s partners do not need to use the coin, as they utilize xCurrent, which, unlike On-Demand Liquidity, is not powered by this digital token.

He promises to go deeper into this issue and explain his criticism against Ripple in his daily newsletter on Saturday.

Ok. I see that the #XRPCommunity is insistent here. So, tell you what. I'll write it up in tomorrow's newsletter. The case for and against a bridge currency in an era of digital fiat.

Related
XRP Can Now Be Traded Against Euro on Binance

An XRP fan Leonidas Hadjiloizou (who boasts nearly 14,000 subsribers on Twitter) has tweetes that starting February, Ripple will no longer release 1 bln XRP in one portion. From that point, he says, the crypto giant will be releasing two portions per month, 500 mln XRP each.

The last 1 billion XRP has finished. Starting February there will be 2x500m XRP escrows ending per month. https://t.co/H9n6Z5npbF