Yuri Molchan
Ripple unleashes a massive amount of XRP to the market – nearly $240,869,752, part of it goes to the wallet that allegedly belongs to a Ripple co-founder Chris Larsen 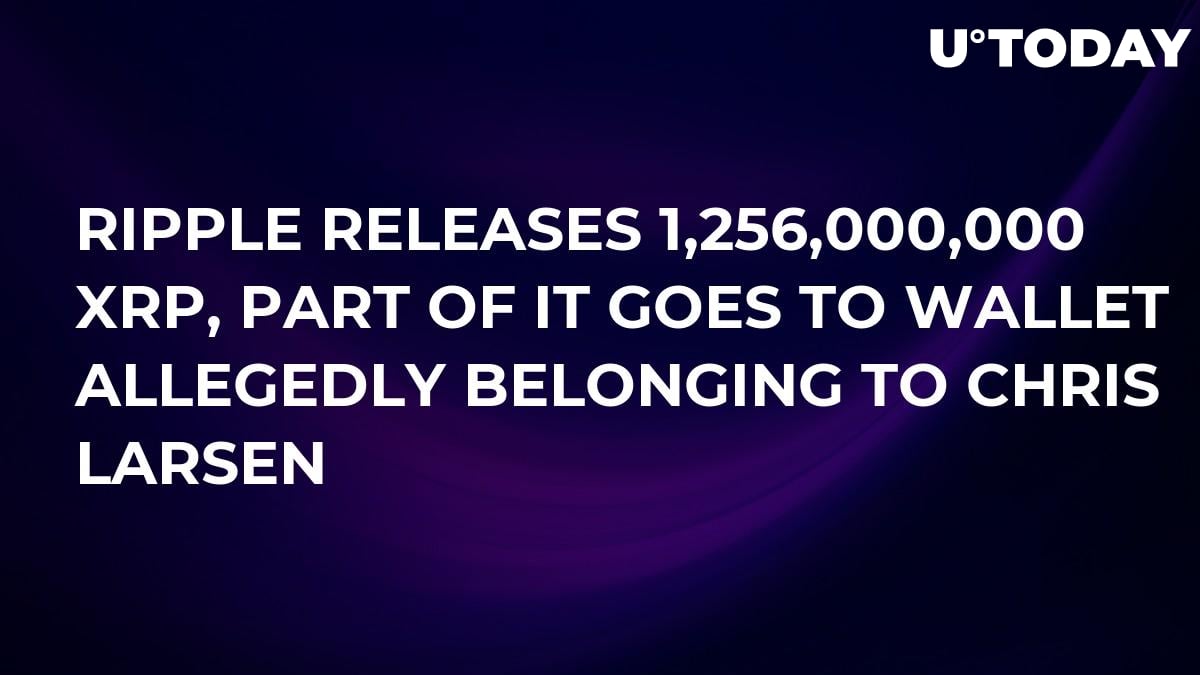 As the new 2020 year arrives, the Whale Alert Twitter account detects a breathtaking amount of XRP released by Ripple to its Funding Wallet 1. This Ripple’s wallet was set up by a Ripple co-founder and a Silicon Valley venture investor Chris Larsen. However, many in the community believe it belongs to him as well.

A short while later, following the monthly tradition, Ripple let out another billion XRP from its escrow wallet. The community feels outraged that even on the first day of a new year it sees the company they believe in so much going against the interests of its investors again.

The first gargantuan transaction was sent from Ripple to Funding Wallet 1, which is believed to belong to a Ripple’s co-founder and the founder of the mortgage lender E-Loan, Chris Larsen.

The current balance of the wallet totals almost 266 mln XRP.

Later on, the New Year night saw even more XRP released to the market – 1 bln of these coins was automatically released from Ripple’s escrow wallet. It happens on the first day of each month and soon after this action, a large portion of the released XRP (sometimes all of it) gets sent back to escrow.

Despite this, the community feels outraged every time they see this transaction reported by Whale Alert. Together with the release of the 256 mln XRP to Chris Larsen’s wallet, the total amount of the unlocked XRP is approximately $240,869,752.

The XRP price has been trading below $0.20 for a while already, unable to regain even the $0.30 level. However, recently, a crypto trader assumed that the price of the coin is in the Falling Wedge pattern now which means it may reverse and head North soon. The trader’s prediction was that XRP would finally regain the $0.30 price level soon enough.

A trading expert disapproves of the massive XRP release

A prominent crypto analyst Jacob Canfield has wished a happy New Year to the community on his Twitter page, wishing that in the new year the Bitcoin price would break its all-time high.

He also expressed his disapproval of the aforementioned 1-bln-XRP release.

Many in the community believe that these regular XRP released prevent the price of the coin from rising. Among those is also Mati Greenspan, the founder of Quantum Economics.

? Everyone on CT: Happy New Years! love you guys. 2020 is going to be amazing! Hope all your bags pump and I hope bitcoin breaks all time high.