70% of DOGE Holders in Profit While Transaction Size Is Rising 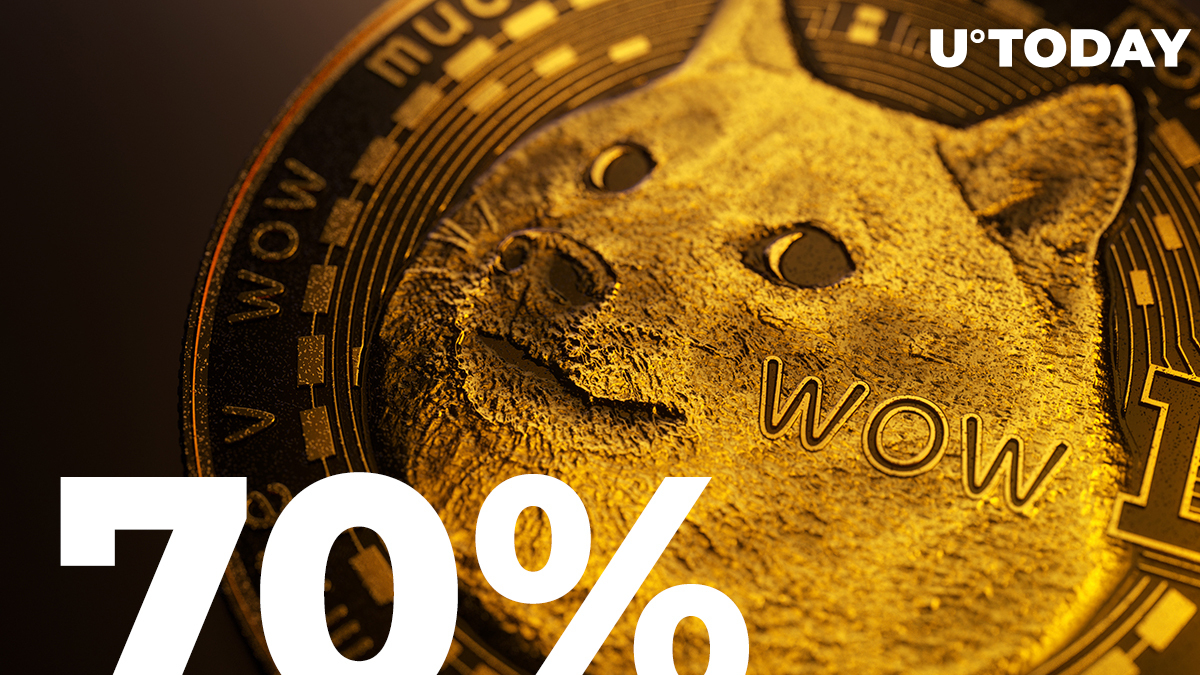 Dogecoin on-chain data signals the overall growth of the network, with the majority of Doge investors remaining in profit in addition to the average transaction size on a strong rise, according to data from IntoTheBlock. At press time, the price for one Doge is up 10%.

Doge on-chain data suggests that, while an asset's price goes up, more background activity begins happening on the network. While exchange inflows still remain low, rising transactional activity may suggest only a couple of things: traders are moving insignificant amounts of funds on exchanges or transferring their Doge between wallets for various reasons.

While exchanges have not yet reported any significant flow activity on Doge trading pairs, the negative effect of rising transactional activity may be reflected if the majority of coins are being transferred to exchange wallets.

Majority of holders in profit

Though 70% of Doge holders remain in profit, the amount itself is not considered too high. Previously, when Dogecoin was trading close to the previous ATH, money "in profit" stood at 90%.

Whenever the "in profit" amount reaches numbers close to 90%, the correction hits the market since the majority of traders are taking their profits at the top, which starts a chain of liquidations and the rapid fall of the price.

Though overall on-chain indicators show a "bearish" market, it does not go well with the current price action. Social sentiment indicators also show that the "$DOGE" ticker is currently trending and overperforming Bitcoin and Ethereum in terms of mentions.