Darryn Pollock
51 percent attacks are becoming more frequent, and while still hypothetical for Bitcoin, they pose a substantial risk for smaller altcoins 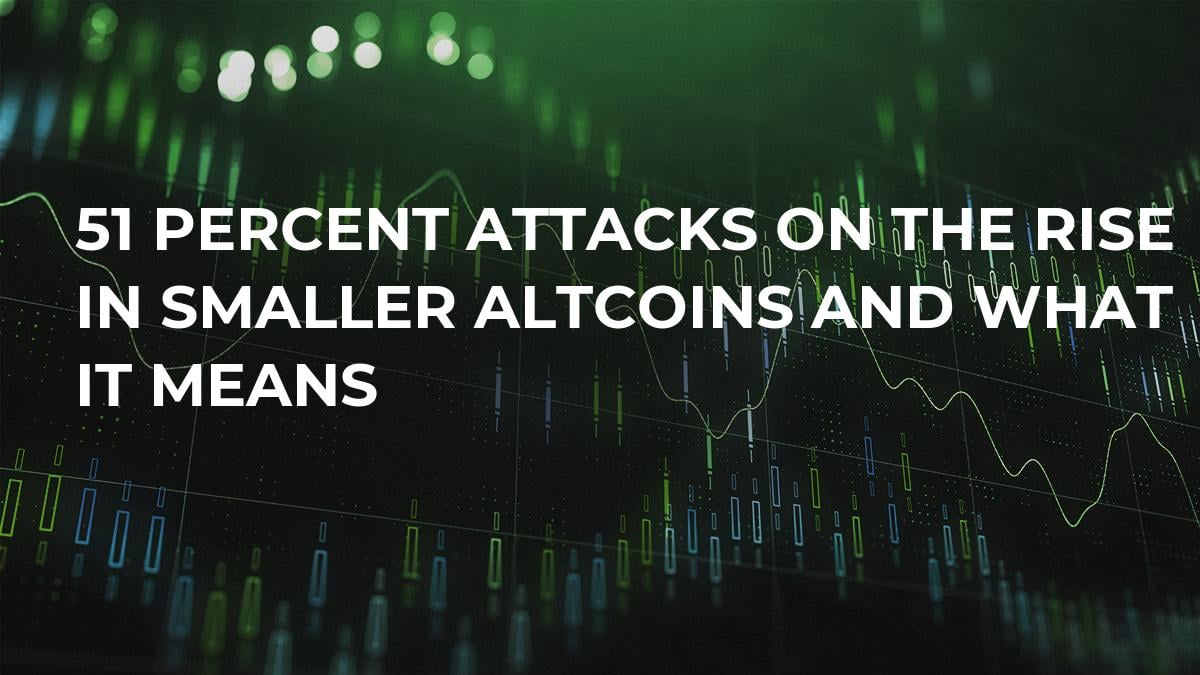 There was a time when the idea of a 51 percent attack on a cryptocurrency was far-fetched and purely hypothetical. This is still the case for something as large as Bitcoin, but smaller altcoins are succumbing to this form of hack.

In recent times, coins such as Zen Coin, Bitcoin Gold, Verge and Monacoin have all experienced such attacks which has led to millions being stolen. It is an attack that is become more regular, but it is one that is totally preventable, and perhaps this recent surge will lead to better defenses.

What is a 51 percent attack

Essentially, it is when an individual, or more likely a collaboration of people, work together to control more than 50 percent of the mining power of a Blockchain network. Then this group with more than half of the hash rate then decides to verify certain transactions on the Blockchain network and leaves others unverified.

This also allows them to spend their coins (confirm their transactions) more than once. This occurrence during a 51 percent Bitcoin attack is known as double spending.

This type of attack usually affects coins that use a Proof of Work algorithm, rather than say a proof of consensus, and this is one of the factors that makes a Blockchain susceptible to such an attack. Other factors include interchain linking, the size of the mining pool, and the tokens used.

Some recent attacks include those on Zen Cash, Bitcoin Gold, Verge and Monacoin. All of these attacks have been dealt with, but the damage has also been done. Many investors lose faith in coins that are hit with attacks of this nature as it shows weaknesses.

There are of course things that can be done to not become victims of such attacks, which includes using different algorithms and making sure the expense of performing on a coin per hour are substantially high enough to deter hackers.

However, these attacks should also serve as a lesson to other coins to start building defenses against these attacks which are more substantial and direct.

Wheat from the chaff

Perhaps, this lesson serves the ecosystem well as it is quite clear that coins that are well thought out and structured have a much lower chance of falling victim to an attack like this. Bitcoin cannot be attacked in such a manner and is the most popular and secure cryptocurrency.

So, just as people lose faith in a coin when it is attacked in such a manner, perhaps these 51 percent attacks are showing where the cryptocurrencies that are still needing work are, and deterring people from the less impressive option.