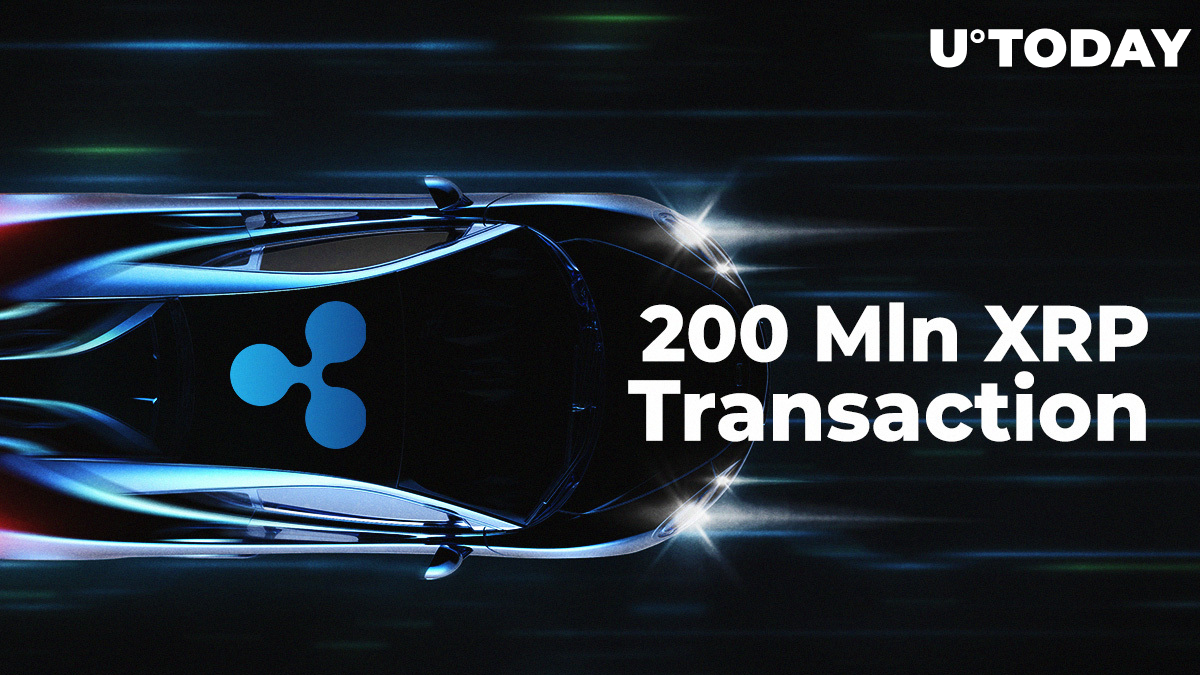 A twitter bot XRPL Monitor that tracks large transactions on the XRP ledger has reported three gargantuan XRP transfers made in the third biggest cryptocurrency. 200 million was sent between anonymous wallets - that's 47,639,857 USD.

Despite the lack of positive dynamics of the XRP price, the community has remained loyal and interest in XRP remains strong.

Several successional transfers were spotted by XRPL Monitor over 6 hours ago, totalling an astounding 200 mln XRP in just three transactions.

Those were conducted between anonymous accounts. However, data provided by the Bithomp website which specializes in XRP transactions, says that all the wallets involved are linked to the OTCBTC cryptocurrency exchange.

As its website says, currently this is the major OTC crypto exchange in Asia.

XRP enthusiast @RobertArtRobArt has shared with his 10,000 followers his thoughts on the XRP coin, saying that he expects institutional investors to eventually become interested in XRP.

They will be ‘pumping in billions’ and will help XRP reach trillions in market capitalization, he believes.

“Institutional Investors will be pumping in billions. It’ll only be 1-20% of their capital and will result in XRP reaching trillions in market cap. Black Rock alone has $7.4 trillion under management. 1% of that is $74 billion. That’s 30% of entire crypto market cap today. #XRP”

One investor jumping off XRP

Crypto trader ‘D.I.Y Investing’ has taken to Twitter to tell the community that XRP is no longer his major investment focus. He admits that he remains excited by the prospects of the cryptocurrency. However, at the start of 2020, he expanded his portfolio to Tezos (XTZ) and Ethereum (ETH). Those assets have given him more profit than XRP so far.

I was really hyped about $XRP and I still am

But as of right now I’m happy as hell I decided to shift my portfolio at the new year.

Moving into $XTZ, and $ETH made me way more money.

Major crypto trader Scott Melker also recently posted that he had received a payment in XRP. The transaction arrived very fast, he admitted. However, in the comment thread, he said that he would prefer to not be paid in XRP anymore. Though, he did not explain why.

Someone just paid me in $XRP, so I must reiterate... it is FAST.

I would also prefer that people not pay me in $XRP.