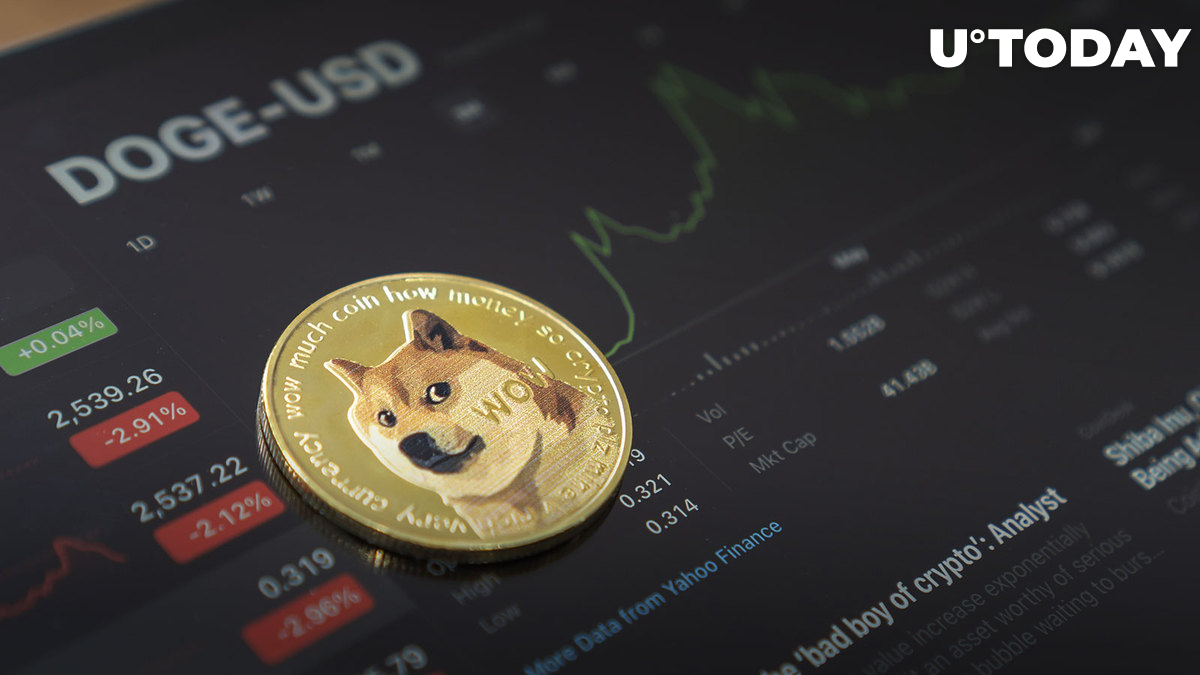 Last week there were approximately 399 🐳 txs of 4M Ðoge or more.

Dogecoin is witnessing a sell-off after an impressive rise in late October. Dogecoin's price doubled after Tesla tycoon Elon Musk completed the $44 billion Twitter deal. It was trading near $0.07 on Oct. 27 before Musk tweeted "the bird is freed" to announce the acquisition. It rose to $0.16 five days later.

Crypto observers claimed that investor bets that Musk will integrate DOGE into the platform's payment mechanism were what drove the price increase.

Dogecoin has since lost some of its gains, and the dog-themed cryptocurrency might be on track to mark its sixth day of losses since Nov. 1. The bulls got a little respite on Nov. 4, but the rebound was short-lived. At the time of publication, DOGE was changing hands at $0.1026, down 11.23% in the last 24 hours, per CoinMarketCap data.

Musk's tweet last week of a picture of the Shiba Inu dog sporting a Twitter T-shirt sparked bets that he may allow cryptocurrency payments using dog coins. The early rally has since stalled as many cryptocurrency investors are confused about how serious he is about Dogecoin.

For example, when Musk referred to Dogecoin as a "hustle" on a talk show in May last year, the price of the cryptocurrency plummeted.

Then, in January of this year, Tesla began accepting Dogecoin in exchange for its merchandise, like the "Giga Texas" belt buckles and miniature electric vehicle models. The Boring Company's Vegas loop also accepts Dogecoin. Doge can also be used to purchase the recently released fragrance "Burnt Hair" by Musk. However, what exactly Musk intends to use Dogecoin for on Twitter remains unknown.